The 'secret' to their ice cream? It's not written down. 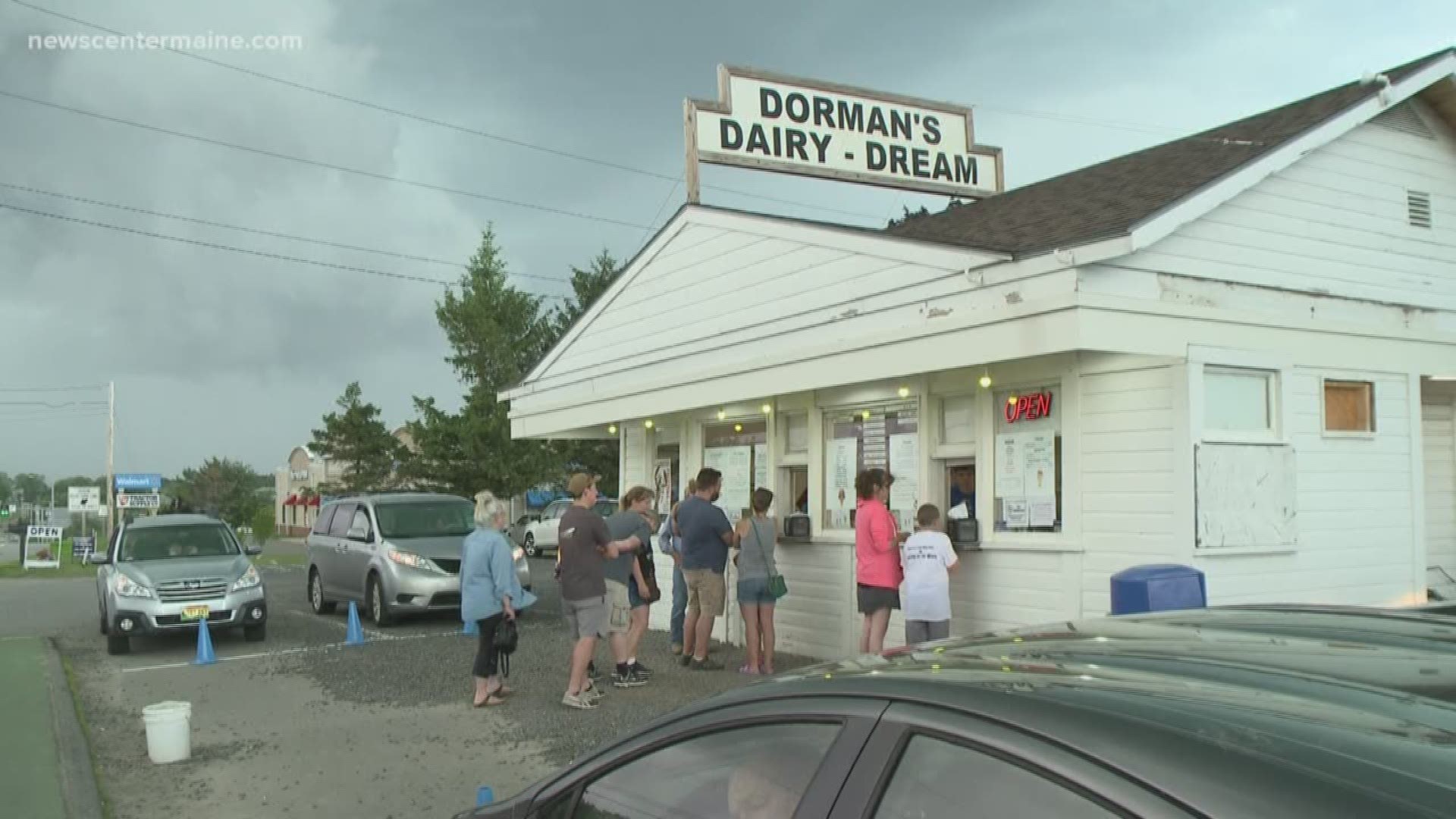 PORTLAND, Maine — Kendrick Dorman never wanted to miss a sale. His granddaughter, Julie Sanborn, remembers all too well: "We had to stay open until there were no customers in sight. He’d actually go out in to the road and look both ways to make sure there was nobody coming, and then we could shut the lights out … it was all about the people."

It was a family affair right from the start. Janice Dorman Cross, Kendrick’s daughter and Julie Sanborn’s mom, followed in her father’s footsteps and grew the business.

"My mom owned it for 27 years after him. And I really believe she gave this a strong foundation. She really changed a lot of the flavors that Grandpa had made, and made them better, and introduced more. And I think the following came from her, I really believe that she really put her stamp on the ice cream business," Julie recalls.

A July afternoon at Dorman's

Since 1951, if the lights were on, Dorman’s was open. No question about it. People come from all over the country – to sample this ice cream. But the staff no longer run out in the road to check for customers. "Then, when Mom took over, she’s like 'no – I’m not doing that.' I’ve been here too many nights that late. And I’m not doin’ that to my employees," Julie remembers with a laugh.

There are plenty of ice cream stands around the state, but few have managed to stay open for 70 years. The Dorman family attributes that to the consistency in the ice cream they are making. Julie Sanborn and her husband Darryl are now the fourth generation owners, and Darryl Sanborn Jr. is Kendrick’s great-grandson and shop manager.

The job of overseeing just-the-right recipe for the ice cream has been passed down to him. For the most part, he hasn’t messed with success. The recipes – which you might think would be kept under lock and key – have never been written down. I asked him if he had any intention of writing the recipes down, and he answered this way: "I have no intentions at the moment."

When Janice Dorman began to step aside from running the shop, she’d sit in her house, just behind the stand and keep an eye on her family’s business. Janice passed away earlier this year, and the house is now being renovated to expand the business. Generations of Dormans, though, believe that "if it ain’t broke, don’t fix it," and go about their business as if Janice is still watching over this enduring tradition on Route 1 in Thomaston.

This summer, they have opened a deck area and are serving sandwiches, subs, and lobster rolls in addition to their sought-after ice cream.  The deck allows for social distancing, and you can call ahead to place an order for takeout. If you would like to learn more, click here.

RELATED: Making the most of meringue

RELATED: Looking for the taste of summer in Maine? Here are five scrumptious recommendations

RELATED: Inside the Maine company the world is depending on