K9s on The Front Line has placed around 150 dogs with veterans living with Post Traumatic Stress Disorder. 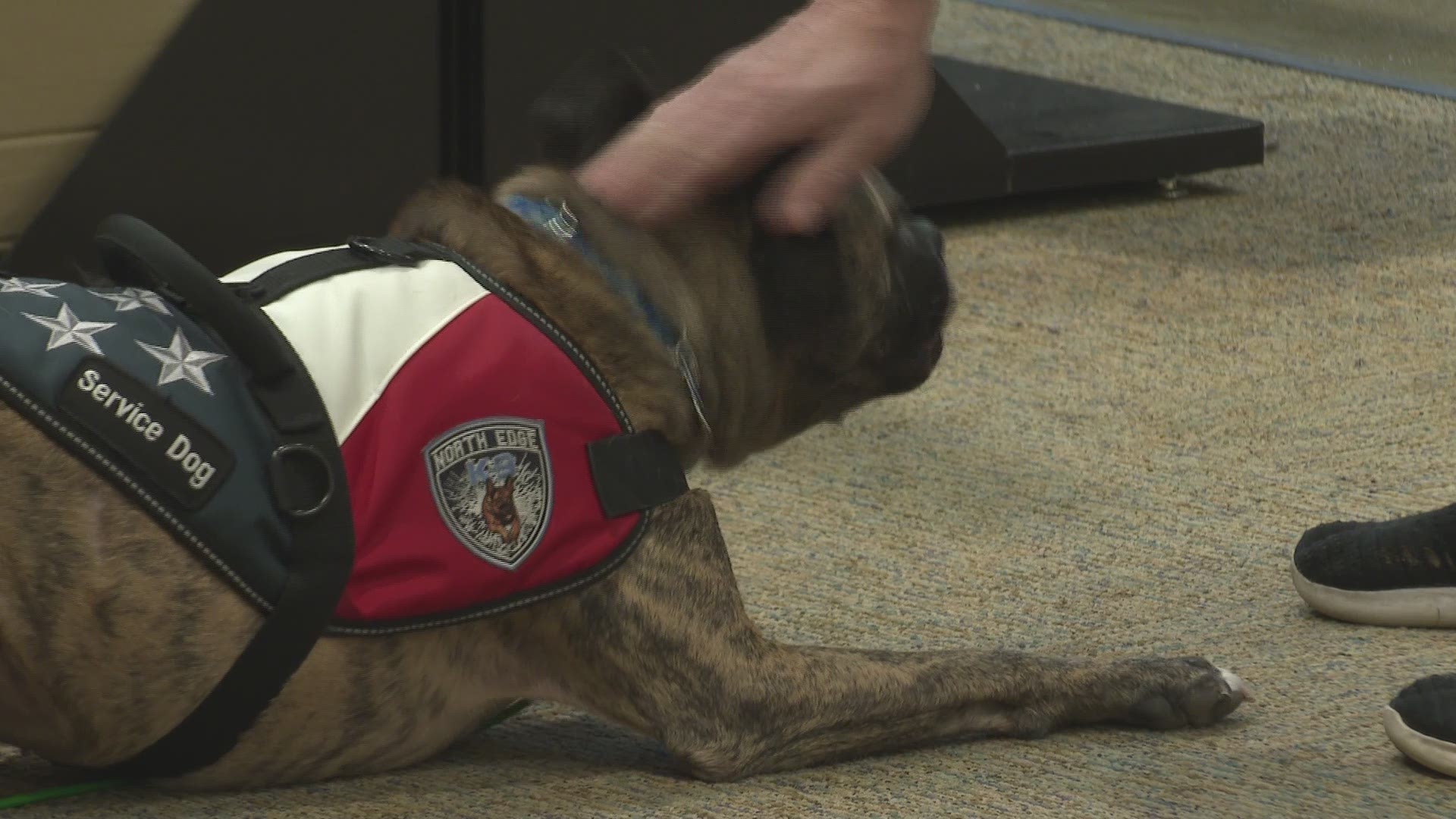 SCARBOROUGH, Maine — Veterans living with Post Traumatic Stress Disorder (PTSD) have a hard time finding ways to cope with their stress. There's a Maine organization that pairs them with man's best friend to help.

When Tim Labounty returned home to Maine after serving in the Army from 1986-1992, civilian life was difficult to adjust to. His PTSD shows itself in several ways.

"Lots of anxiety going into stores, people, you struggle," said Labounty. "Depression, a lot of depression."

Labounty heard about K9's on The Front Line at a PTSD clinic. He liked the idea that a dog would be trained to help him while in his care and that he would be involved with the training. Three weeks later he owned Chief, a three-year-old Belgium Malinois who already knows how to help.

"At stop lights, I would get anxiety and he'll actually come over, put his paw on my arm, lick me in the face and it grounds me," said Labounty.

The vets feel saved and so do their dogs. Most of the K9s are rescues from shelters. Since starting in 2015, K9's On The Front Line has placed 150 dogs with combat veterans. The dogs are trained by retired and active police K9 handlers.

"It's amazing, I know first hand the power of an animal, how it can help someone," said Linda Murray, co-founder of K9s on The Front Line. "They really get to the root of the problem at a subconscious level."

For Army veteran Bob Higgins, his PTSD shows its self at night. His dog, Leo, is able to go into work mode 12 weeks into his 16-week training.

"I woke up one night with bad night terrors and his head was on my chest," said Higgins. "I've noticed my blood pressure. I'm a lot more mellow."

K9s on The Front Lines operates solely from private fundraising and donations. Each service dog costs around $3,500 to buy and train for veterans.