Sophie, the 13-year-old lab, had gone missing on Thursday. Her family wasn't expecting her to survive the cold. 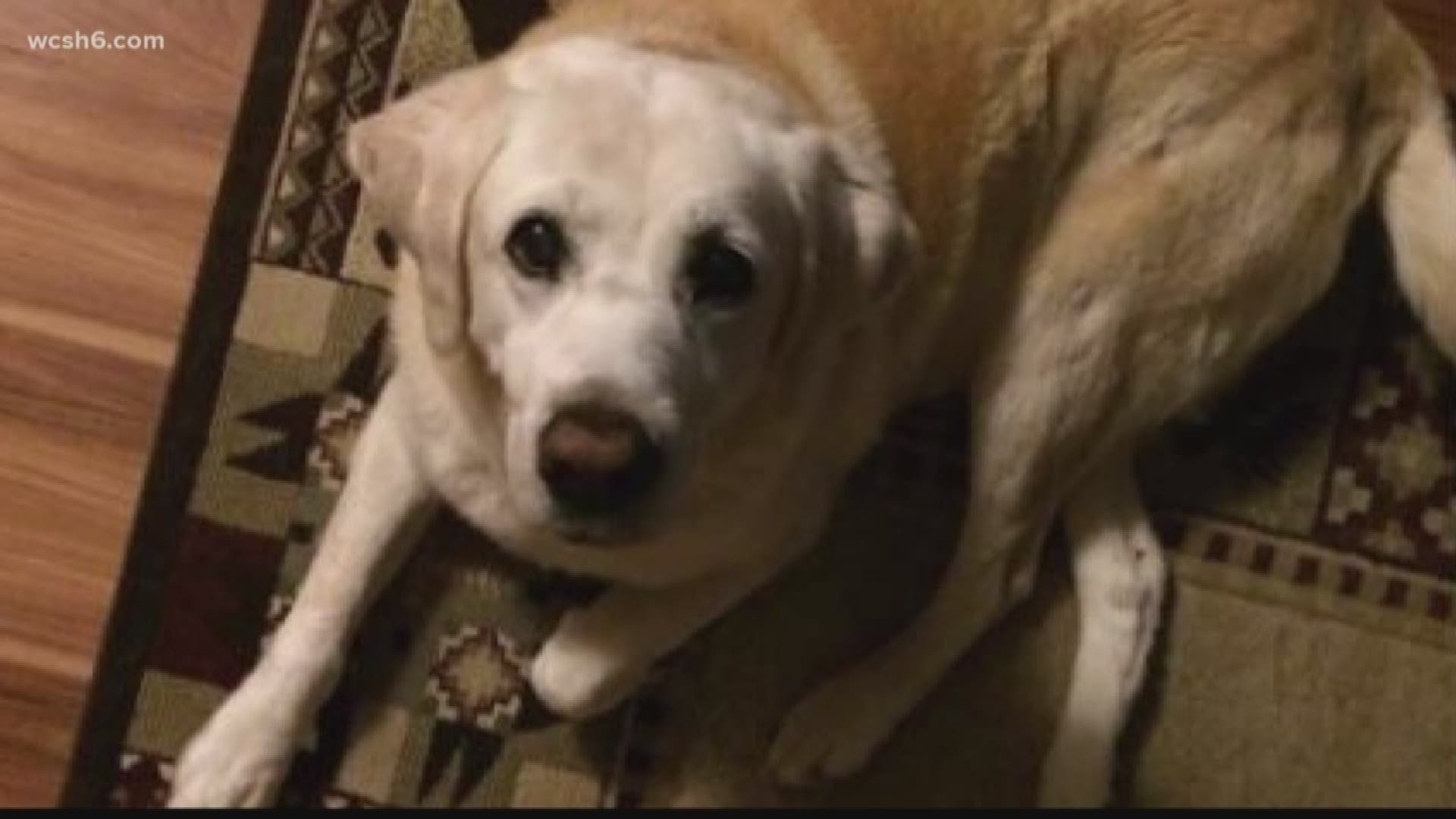 "We are missing our 13-year-old yellow lab named Sophie from Cushman Road in Bryant Pond," Albert Silver writes. "She went out with all of us last night just before 5pm while we were plowing and shoveling, and she wandered off and hasn't come back. Please share..."

Albert Silver and his family had searched everywhere. They had called animal control and neighbors, but no one had seen the pup since Thursday, January 4th.

The public post was shared more than 2-thousand times. People the Silvers didn't even know were looking for Sophie.

The searching continued Friday, Saturday, Sunday. then Monday; and as the bitterly cold nights went on, Albert says they were quickly losing hope.

"We looked on foot and by snowmobile and by car," Silver wrote to NEWS CENTER Maine. "We were pretty convinced that she had gone somewhere to die."

But then a sign, at 10 o'clock Tuesday morning, and just down the road from their home. Sophie's head appeared to be poking out from the snow; the yellow lab completely buried and stuck in the yard of a camp the Silvers had already checked.

It took some plowing to get to her, but Sophie was not only alive; after five days in the cold, buried in snow, Sophie was okay.

A vet check showed she had lost five pounds, but otherwise had no frostbite or serious injuries.

Sophie could finally go home, where her family threw her a hero's welcome.

Later online. a thank you from Albert Silver to the friends, family, and complete strangers who searched for Sophie and shared her photo, leading to a remarkable rescue.