An alter ego who inspires a series of books

DAMARISCOTTA, Maine — Rescuing dogs has been a passion, so it is no surprise that dogs figure prominently in to many of David Rosenfelt's books. It is hard to say just how many books he has published, because he is always working on a few at the same time -- but his latest is 'Muzzled', out just a few weeks ago. 'Muzzled' is the latest in the popular Andy Carpenter series, and in this interview, David talks about Carpenter being his alter ego. "In my books, there is only one character based on anyone, and he is based on me." 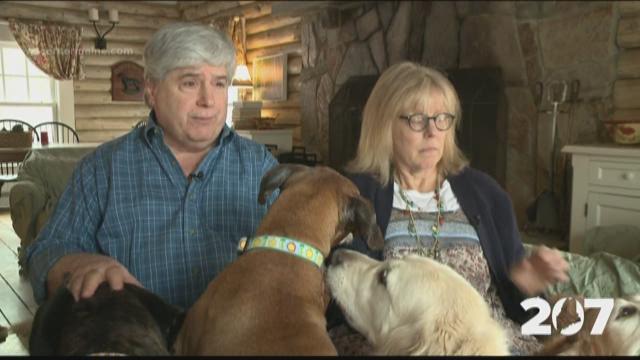 David and his wife Debbie have built a life around rescuing older and hard-to-place dogs. When we first visited them a few years ago, they had over 20 dogs in their home. That 'pack' -- at the moment -- now numbers at 13. It is that love of dogs that is featured prominently in many of David's books. He plans to have another Andy Carpenter book -- 'Silent Bite' -- out at the end of the year.

If you would like to learn more about David Rosenfelt and his many titles, you can click here.