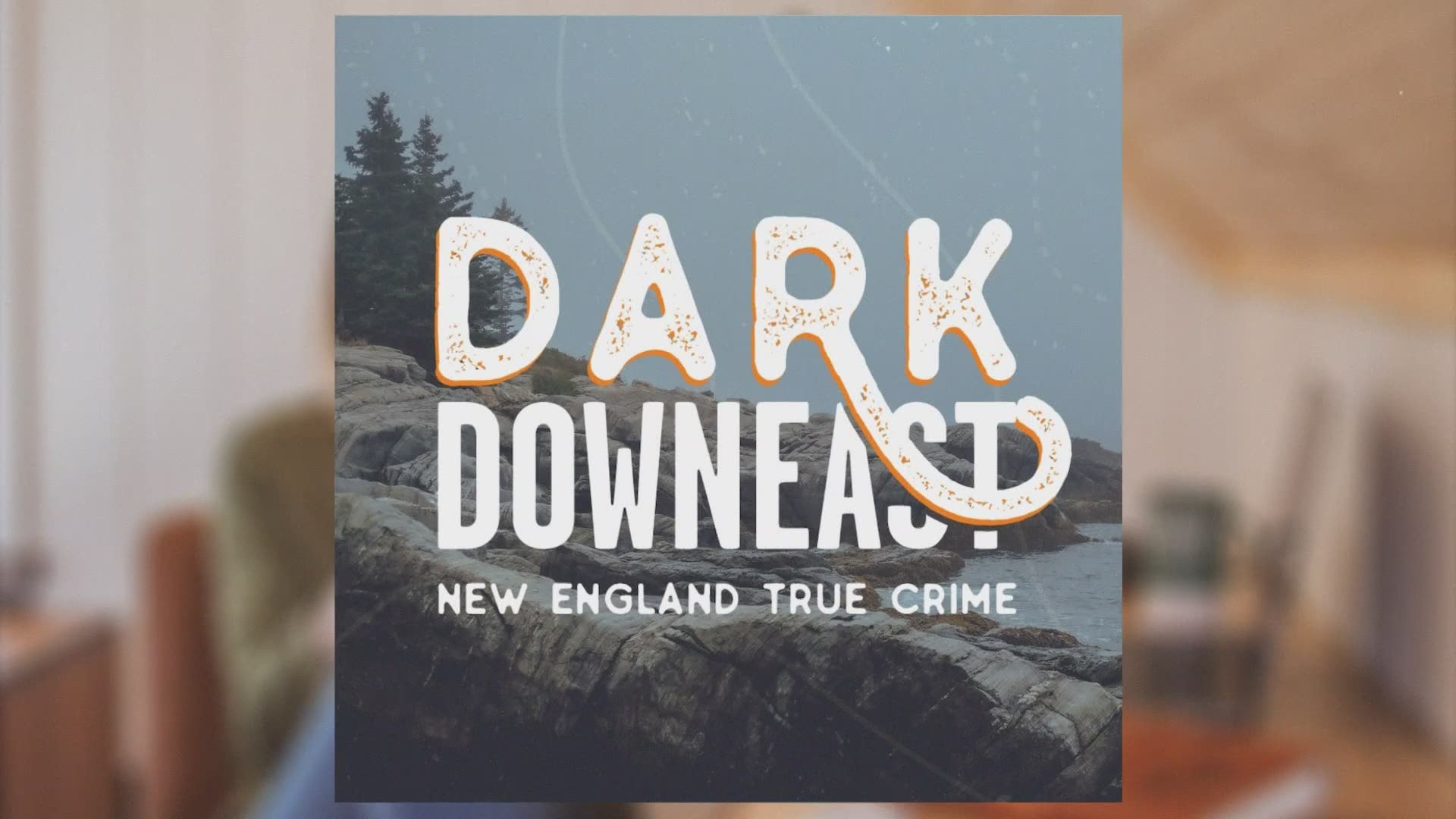 MAINE, Maine — Every so often, a crime occurs that captures our attention—and doesn’t let go.

As these stories play out, they become woven into the fabric of a community or a state. They can stretch out over months, even years, sometimes remaining unsolved and unsettling.

As a college student, Kylie Low witnessed one of those stories unfolding right before her eyes. What she saw made a lasting impact on her and now, a decade later, she’s researching and revisiting many of the haunting stories of Maine and New England that have remained unresolved in her podcast, Dark Downeast.

"I was an intern during the same season that Ayla Reynolds was missing. I remember being on the scene as divers went into the river and were looking for this sweet baby girl … and just thinking this is a real, human story, someone’s worst day of their life, and the pursuit of answers was something that ... my passion was spurred. Right from that moment," Low recalled.

Low graduated from the University of Maine with a degree in journalism and a keen interest in storytelling and investigative journalism. She is a podcast producer by day, but when the coronavirus pandemic brought her back to Maine, she found she had the time to begin to unravel some of the stories she found so compelling.

"I tend to be drawn to unsolved cases," she said. "How can a person be missing for fifty years? With no real leads to follow. And those are the ones that fall to the bottom of the list because there are more pressing, urgent cases that have a higher probability of being solved and so resources are devoted there."

Some of the cases she pursues date back decades, so she accesses newspaper and media archives to start, then uses social media to reach out to family members or detectives. Many relatives of victims of unsolved cases will start a private Facebook page where memories and stories might be posted, some of which might become a source of tips. She works with family members if they are willing to speak to her.

"That goes back to not exploiting stories but rather telling the stories that deserve attention, need attention, and where I could actually see a positive impact and forward motion coming from it," Low said.

She puts about 30 hours of research and writing into each episode. This is her side hustle, and to date, she’s dropped about 25 episodes.

Occasionally, her work advances the story.

"It continues to be mind-blowing when that happens," she said. "You know, I would never claim to have an ounce of the skill and talent and know-how of the detectives who are working these cases but what I do have is a connection to Mainers. I’m able to reach out to these families decades later and learn about their family member on a human level."

Are there stories that stay with her?

"That’s a question that I’m asked often. 'What’s your favorite case?' And for me, what it comes down to is the cases that follow me around. The cases that I will continually check up on, and the ones that I would love to see solved," Low said. "Of course, I would want all the unsolved cases to be cleared from the books. But the ones I cannot get out of my brain. It’s the first—Ayla Reynolds. The one that really locked me into this path and wanting to explore these stories and tell these stories and find justice for little baby Ayla Bell Reynolds. I knew that that story was going to be part of my life for a while and that was one of the first I told on Dark Downeast."

Dark Downeast launched in December of 2020, and already she’s had nearly 200,000 downloads.

"The fandom around true crime stories is kind of a unique phenomenon. Every single case I have some sort of emotional reaction or attachment to … there is a case, Kathy Larson. Initially, her death was considered an accident. A fall in Acadia National Park. And come to find out it was actually her husband of three weeks who had planned this murder for profit plot. And at the end of that episode I had found a letter that her parents wrote, each year they would publish an In Memoriam letter to Kathy," Low said.

"I read the letter three times hitting record because I wanted to close the episode with it because I wanted to remind my listeners that while this is entertainment these are real humans. I could not get through the letter without tearing up. And so I left it. This is someone’s true life story and I am on a mission to really find the beauty in their story when they were alive and honor that through the show in any way I can," she said.

"I always say at the end of every episode ‘Thank you for allowing me to do what I do’ because I recognize that these aren’t my stories to tell and so I need to handle them with the utmost of care."

Since the beginning of the pandemic, the number of podcast offerings doubled from one million to two million and true crime podcasts and documentaries have also seen an explosion in interest. Dark Downeast debuted in the top 100 True Crime podcasts on Apple. To learn more about Low and Dark Downeast, click here, or click here for a list of episodes.