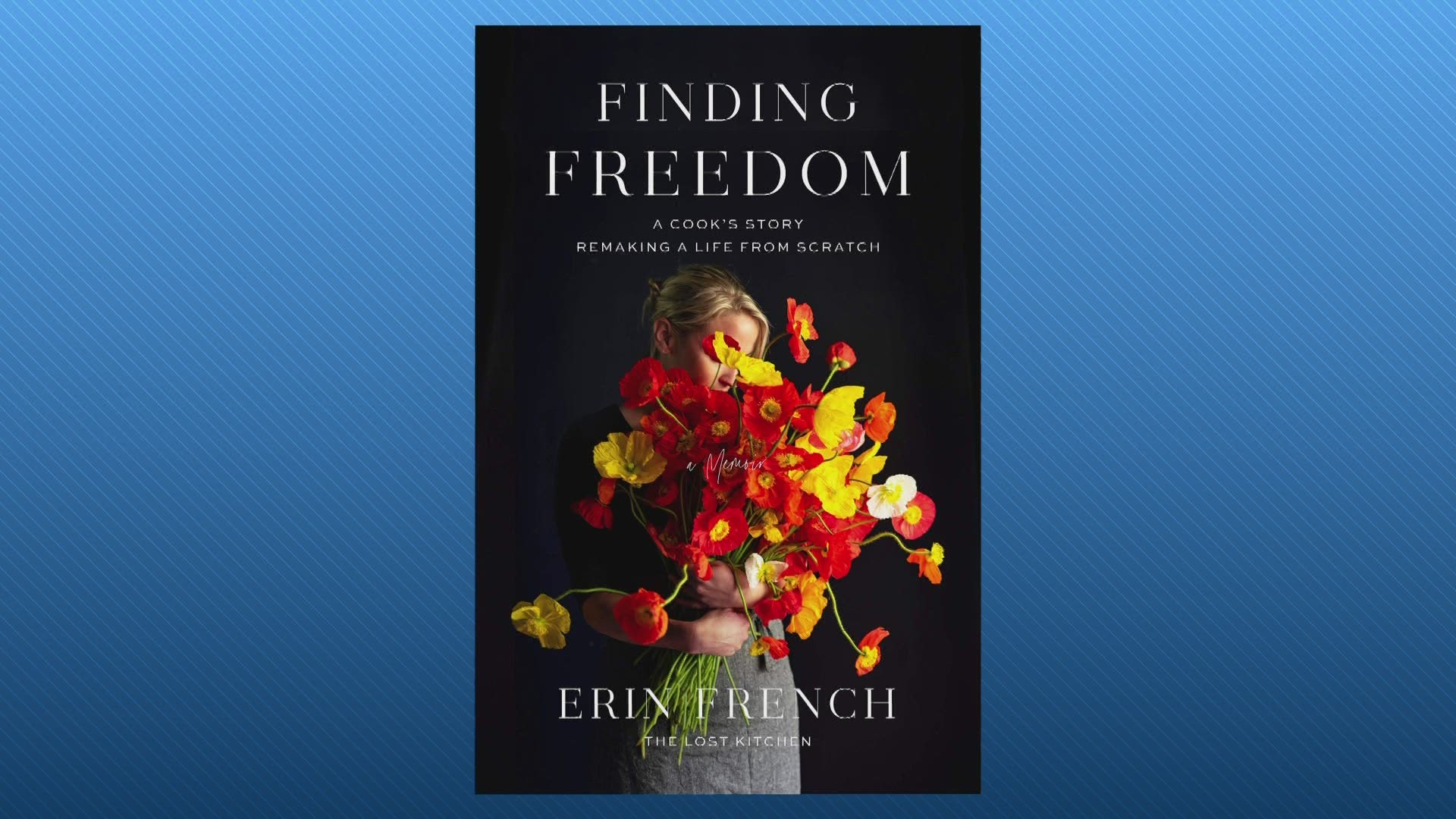 PORTLAND, Maine — On the dust jacket of her new memoir is a list of some of the accolades that have come Erin French’s way, and to call them glowing would perhaps be an understatement. To name just two: Her restaurant, the Lost Kitchen in her hometown of Freedom, Maine, was “named one of Time magazine’s World’s Greatest Places and one of ‘Twelve Restaurants Worth Traveling Across the World to Experience’ by Bloomberg.”

Heady stuff. So it comes as a jarring surprise to read the book, “Finding Freedom,” and be taken to some of the truly dark places French found herself in before she opened the Lost Kitchen. Her life was a wreck, and she struggled with anxiety, depression, a toxic marriage, heavy drinking, and addiction to prescription pills.

At one point, she writes, “I was involuntarily committed to a psych ward for two days. I spent them in lockdown in a tiny room, bedridden with shock, grief, and the kind of profound embarrassment and shame that would make it difficult to admit that this had happened.” Lying in bed, she heard the screams and moans of other patients. Grim as it was, her life would get worse. “This wasn’t rock bottom,” she writes, “This was just a taste of it.”

Writing candidly about her mistakes and flaws was not easy—but French realized they were an indispensable part of her story. “For a while I was so ashamed of all of those moments and everything I’d gone through and done, and really beating myself up and feeling shameful about it all,” she told me.

Later, when she had achieved unimagined success with the Lost Kitchen, she understood a basic truth about her journey. “I would never be here if I didn’t go through those hard moments. If I didn’t have all that friction, I never could have ignited this flame that gave me the adrenaline to create what I’ve created.”

Note: Erin French will launch “Finding Freedom” in a discussion with Ina Garten and food writer and chef Lidey Heuck at 7:00 p.m. on April 6. Print: A Bookstore in Portland is sponsoring the event. Tickets, which include a copy of the book, must be bought by 5:00 p.m. on the 6th.

RELATED: A unique restaurant experience in the town of Freedom

RELATED: A cookbook on the list of 100 Maine books you need to know