On Aug. 31, Chris Brannigan will attempt to walk from Maine to North Carolina barefoot in hopes of funding a treatment for his daughter. 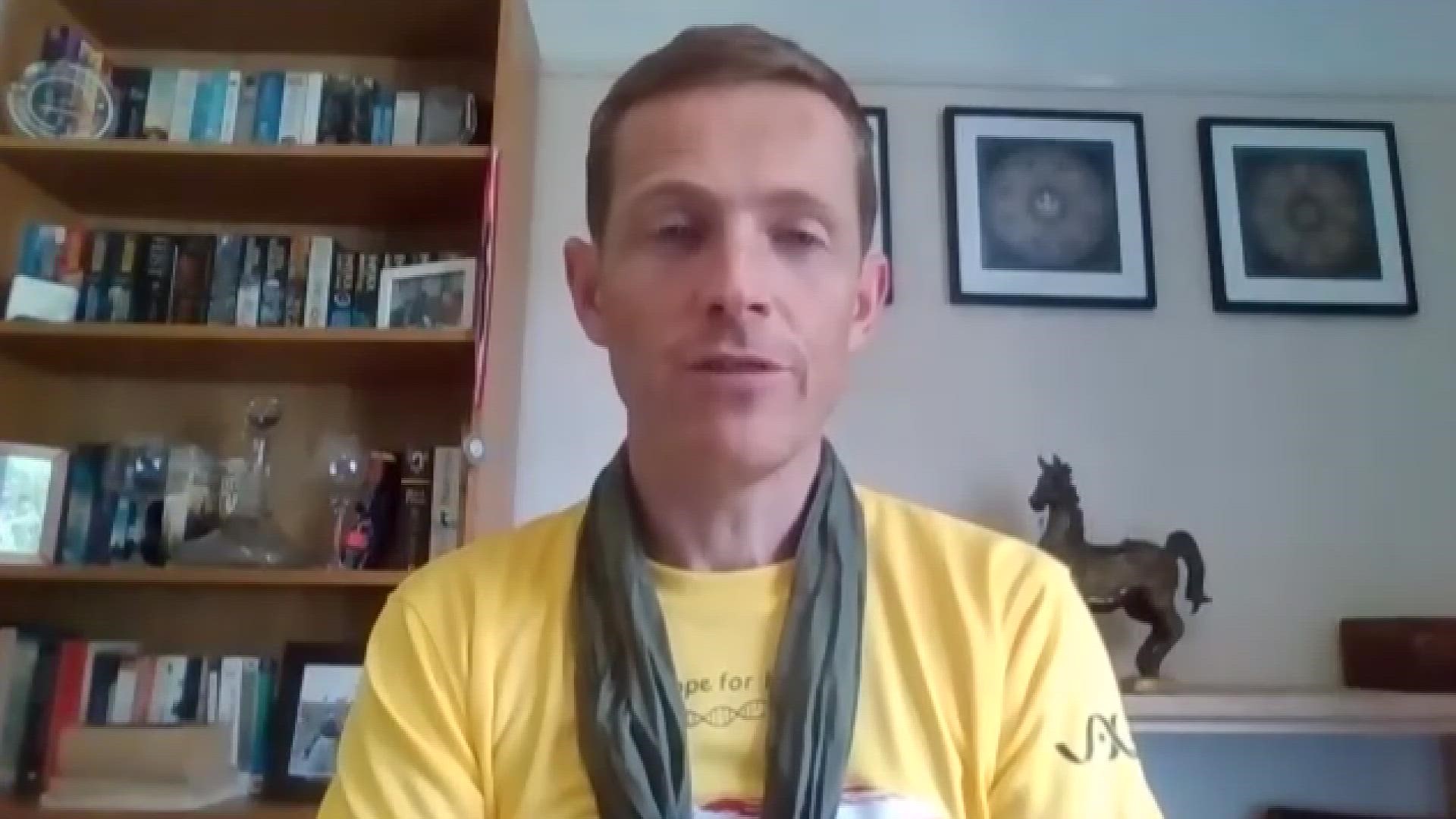 BAR HARBOR, Maine — *This story and video have been amended. The original story used the word cure instead of treatment and referred to CdLS as a rare disease instead of a disorder or syndrome.

How far would you go for your child?

That question is on Chris Brannigan's mind a lot as he prepares to walk barefoot from Maine to North Carolina to raise awareness and, he hopes, money to fund a treatment for his daughter's rare disorder.

On Tuesday, August 31, Brannigan will begin the longest journey of his life, starting at The Jackson Laboratory in Bar Harbor. He hopes a gene therapy being developed there will soon be ready for his daughter, Hasti.

Brannigan estimates it will take him until the end of October to walk to North Carolina.

Along with his wife, Brannigan founded the charity Hope for Hasti three years ago after their daughter was finally diagnosed with Cornelia de Lange Syndrome or CdLS.

CdLS is a rare genetic condition caused by a mutation in a single gene resulting in the disorder.

"Ultimately it means that Hasti will never be able to achieve an independent life and it comes with a whole list of medical complications, cardiac problems, cognitive disability, etc.," said Brannigan.

His mission is to raise $3.5 million to fund a gene therapy treatment that he believes will help change his daughter's life and could potentially help others with CdLS.

"That is a huge figure for a normal family like us. We don't have anything like that kind of money," said Brannigan.

The British father has been working with The Jackson Laboratory, a biomedical research institution, that is currently testing a specific gene therapy in mice models that could potentially help Hasti. The gene therapy is specifically tailored to the gene mutation that Hasti has.

Cat Lutz, Ph.D., director of the Rare and Orphan Disease Center at The Jackson Laboratory, says there is still much work to be done. The gene therapy needs to be tested for efficacy and safety. After that, it will then need FDA approval before it is ready for a clinical trial for Hasti.

Brannigan is not losing hope or wasting time. Last year, the British soldier walked 700 miles barefoot across the United Kingdom and raised $1 million. Brannigan said that he and his wife decided at the start of their journey that they would not take any funds from their charity to pay for the walks, so to keep costs down, Brannigan will carry a 50-pound backpack with all the gear he needs to camp along the side of the road.

Last year other soldiers, friends, and strangers joined Brannigan on his trek, and he is hoping Mainers and other Americans will do the same.

"I'm doing the walk alone. I don't have any support crew, there's no one following me supporting me and I'm doing it barefoot because as a rare disease family it's often a very lonely experience," explained Brannigan.

You can follow Brannigan's journey here. To donate, go here.