Kaleb Merola got to throw the first pitch at a Portland Sea Dog's game, a year and a half after having surgery to remove his right leg. 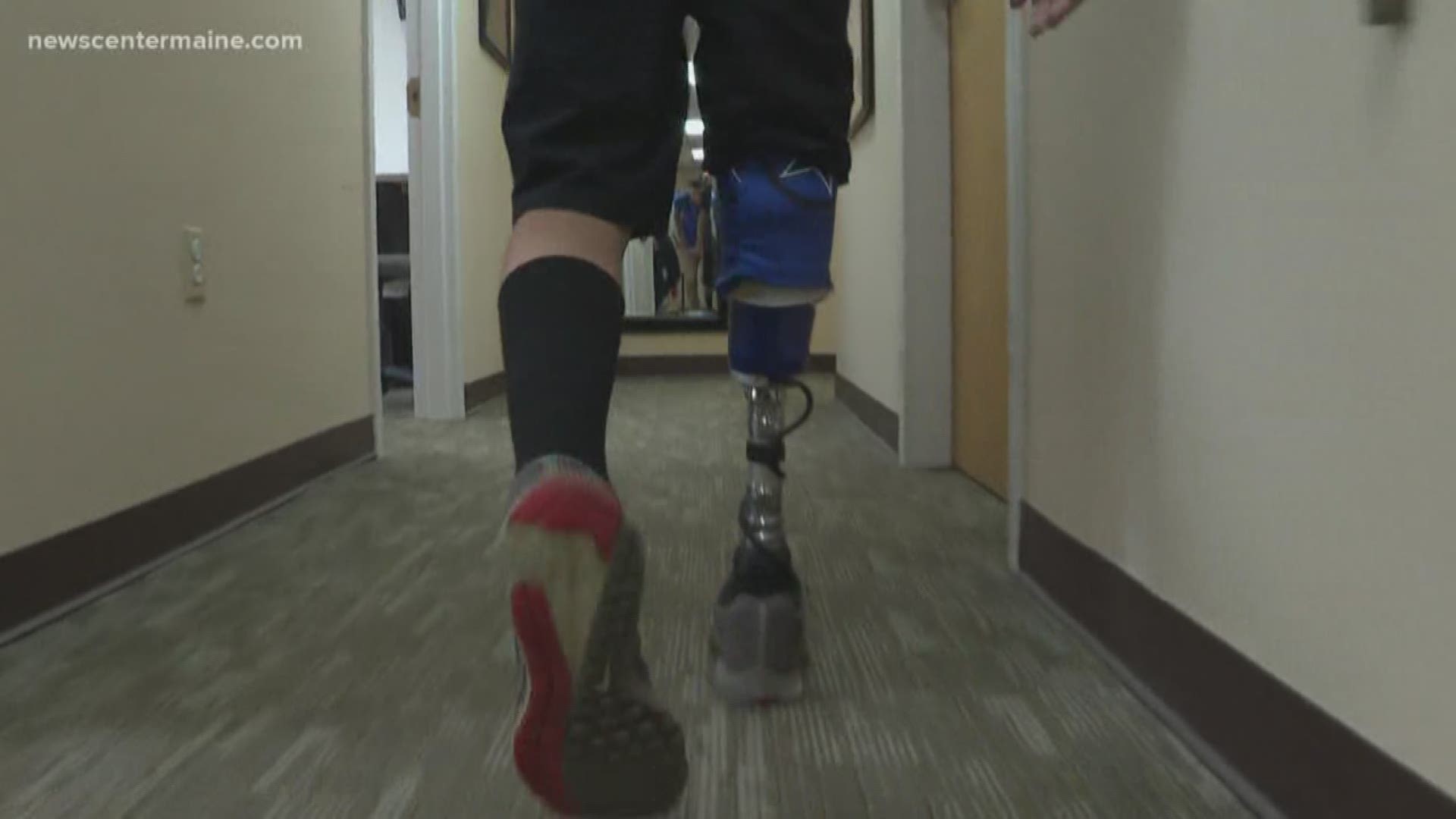 PORTLAND, Maine — When the Portland Sea Dog's had their camp day, inviting summer campers to a baseball game at Hadlock field, a camper with a missing leg had the chance to leave his seat and walk onto the field.

Kaleb Merola spent part of his summer attending Camp No Limits. A camp for kids with limb loss and limb differences. He had surgery to remove his right leg in 2017 because of a condition he was born with called Fibular Hemimelia.

"I went though three major surgeries," said Merola. "I had the option of going through fourteen more, or have my leg amputated and I chose the option to have it amputated."

It was a tough few months that followed. Merola had a hard time with his new prosthetic leg, experiencing a lot of discomfort and pain. Difficult for his mom, Shawna Merola, to watch.

"Week after he had surgery his bandages came off and I had a meltdown," said his mom. "He goes I'm fine. You're going to be ok, if I'm ok."

Merola's determination brought him to AlanticProCare in Portland to see JP Donovan. The 13 year old was fitted with a new prosthetic leg and learned to walk on his own again.

"Proved to himself that the pain wasn't going to limit himself and he was going to get through it," said Donovan. "What we've seen over the last year and a half of working with him is this young man start to evolve and really start to show his personality."

When the Portland Sea Dogs came to AtlanticProCare looking for a good candidate to throw the first pitch at a game, Donovan decided that Merola should walk onto the pitcher's mound. He threw the ball to a player at home plate and got the chance to meet some of the team.

"It was fun," said Merola with a smile. "It was a great experience. One of them signed my leg and we asked him if he had ever signed a leg before and he said no."

Merola had surgery to remove part of his shin bone the day after throwing the first pitch. According to Donovan, the surgery went well and Merola is home rehabbing, getting ready for his first day of eighth grade at Boney Eagle Middle School.