A Fiddler & Fiddle Maker, Bob Childs talks about Childsplay, an ensemble of over 24 fiddlers all playing instruments he built. 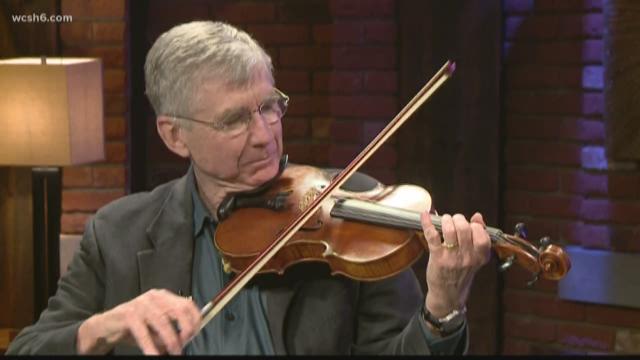 31 Years ago Bob Childs was working for the Philadelphia orchestra when he got a call to come to Washington D.C. to play in an orchestra. The caller then explained that the ensemble he would be playing with was called Childsplay because all of the instruments had been made by him. Bob went to this gig and has been playing with Childsplay since.

His roots began in Orrington, Maine where worked for Ivy Mann. Making each violin by hand, Childs creates six violins a year. He still revels in the experience of handing a finished violin to the buyer. "I've been lucky to work by commission. Someone asks me to make them a violin, and I get to know them, what kind of music they play. The best part of the job is when I finish the violin and I had it to them and they play music on it."

Childsplay is comprised of some of the worlds greatest fiddle players. From Irish and Scottish fiddle champions to members of the Boston Symphony Orchestra. The players have all commissioned Bob to create violins for them. They create original works of music and perform them live.

Childsplay will be at the Gracie Theater in Bangor on 11.17 at 7pm and at Portland High School Auditorium on 11.18 at 8pm.