At Bridgton Hospital, music can be as powerful as medicine

“I never realized how much healing they would get from this” 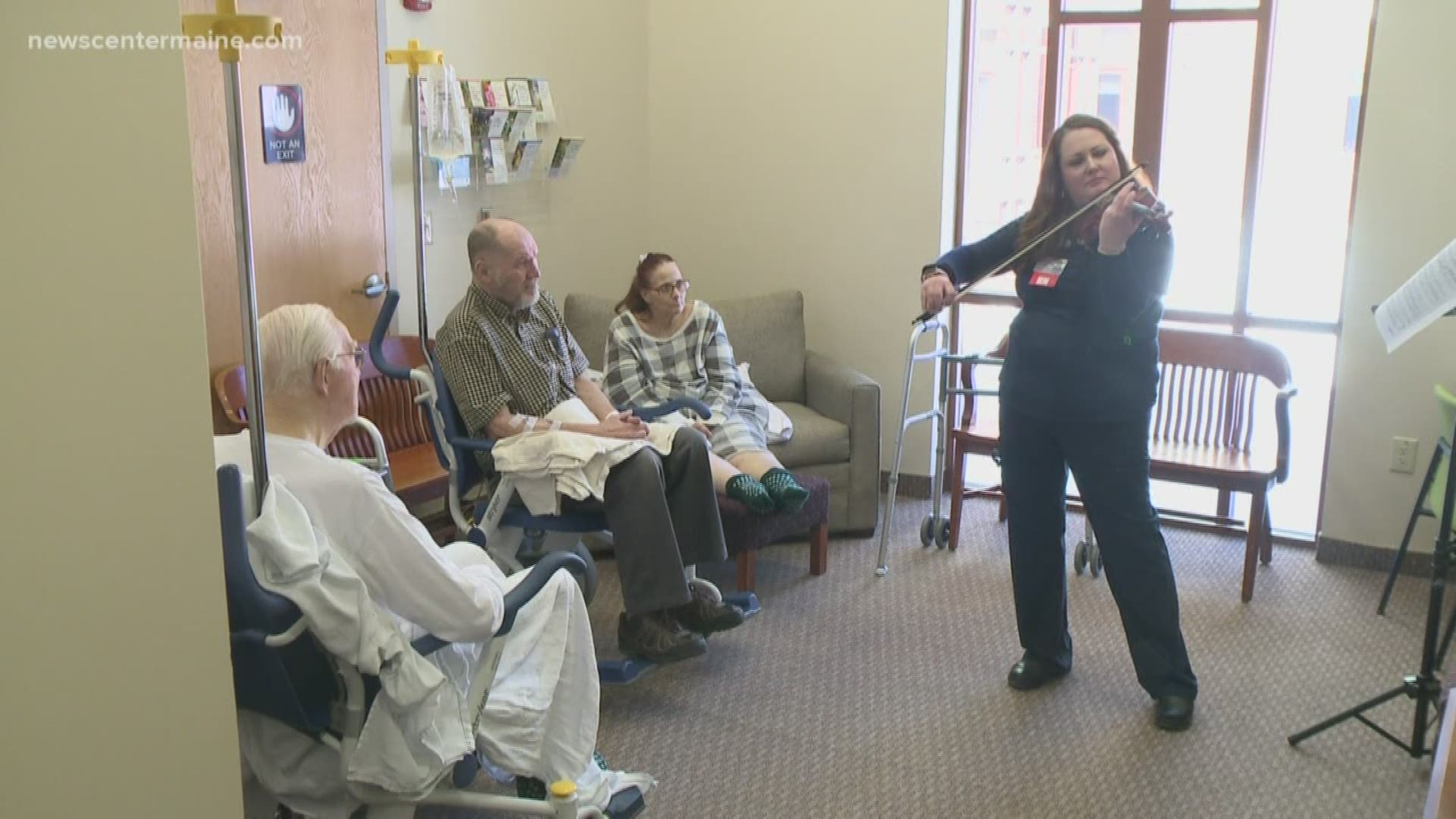 PORTLAND, Maine — From a fairly young age, Sara Kapinos had two strong interests—music and medicine. When she was just four, she made up her mind that she wanted to play the violin. Practicing wasn’t much fun for her, but she loved performing.

As a teenager Kapinos studied at the Juilliard School in New York City, one of the elite music schools in America, which opened the door to touring in South America--she played at the Presidential Palace in Peru—and Italy. By the time she reached her twenties, her other youthful interest had re-emerged. “I was taking my children to a doctor’s appointment in Lewiston one day,” she says, “and happened to see Central Maine Medical Center School of Nursing. I said, you know what? Now’s the time. I’m going to become a nurse.”

As a nurse at Bridgton Hospital, Kapinos is known for her versatility and works in just about every department. And lately, she has begun to play her violin for patients. The sounds that come from her instrument—melancholy or joyful, inspiring or soothing—have an extraordinary impact on people who are struggling to regain their health. “I never realized how much healing they would get from this,” she says. “They’re in tears, or they come up and wrap their arms around me. They said that [listening] totally made their day, their life. It just gave them hope.”

RELATED: Woman thanks doctors, nurses who saved her life