An art exhibit titled 'Lobstering Women of Maine' is open to the public this summer at Penobscot Marine Musuem in Searsport. 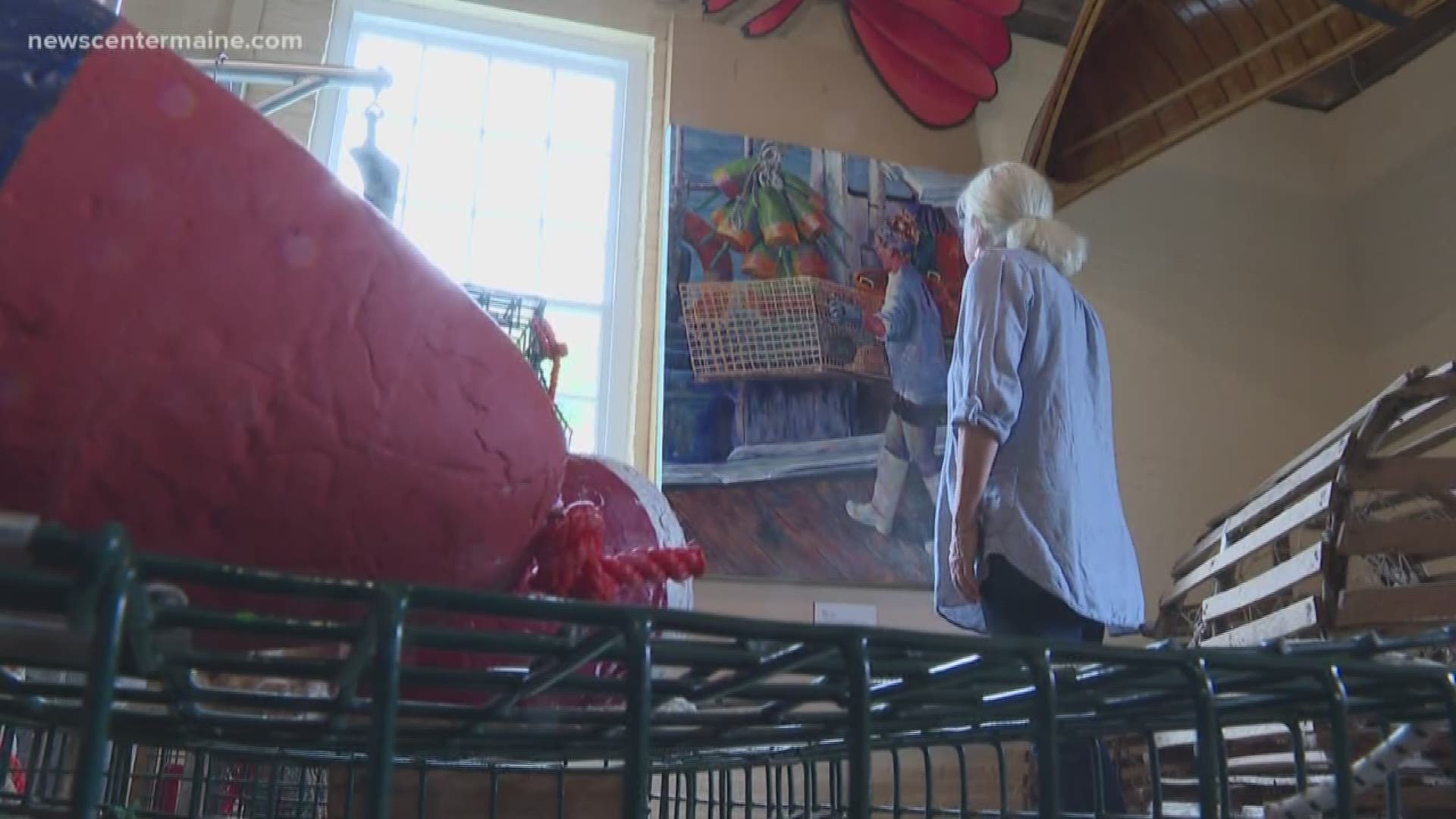 SEARSPORT, Maine — There's a new exhibit at the Penobscot Marine Musuem in Searsport that gives a nod to the female captains on the water.

It's called "Lobstering Women of Maine" and was painted by Susan Tobey White. It took her a year to create the 13 paintings that depict the hard work of female captains and stern-women. Her first inspiration was a woman she photographed loading and unloading lobster traps on a dock during winter.

"She just really impressed me and I got to thinking, as I was doing the photos, I have painted a lot of men doing lobstering, but never women," White said. "So I did the painting of her."

With each lobstering woman that she talked to, White found the common denominator of family. Sadie Samuels got her student license to lobster when she was seven years old. Following in the footsteps of her dad's fishing boots.

"He was gone from before sunrise until after sunset, so he basically told me if you have your boots on and your at the front door, you can come with be, but otherwise I'm not going to try to wake you up and get you ready because I have to go to work," Samuels said. "I started sleeping by the front door with my boots on and so he couldn't miss me."

The 27-year-old is now the captain of her own boat, The Must Be Nice, in Rockport. She knows all about the lobster industry, but being the subject of a painting is uncharted waters. The results of which she couldn't be happier with.

"I'm blown away by it," Samuels said. "I look at it and I know exactly what outfit I'm wearing. I mean her detail is so incredible."

"Lobstering Women of Maine" will be on display at the Penobscot Marine Museum until Oct. 20.