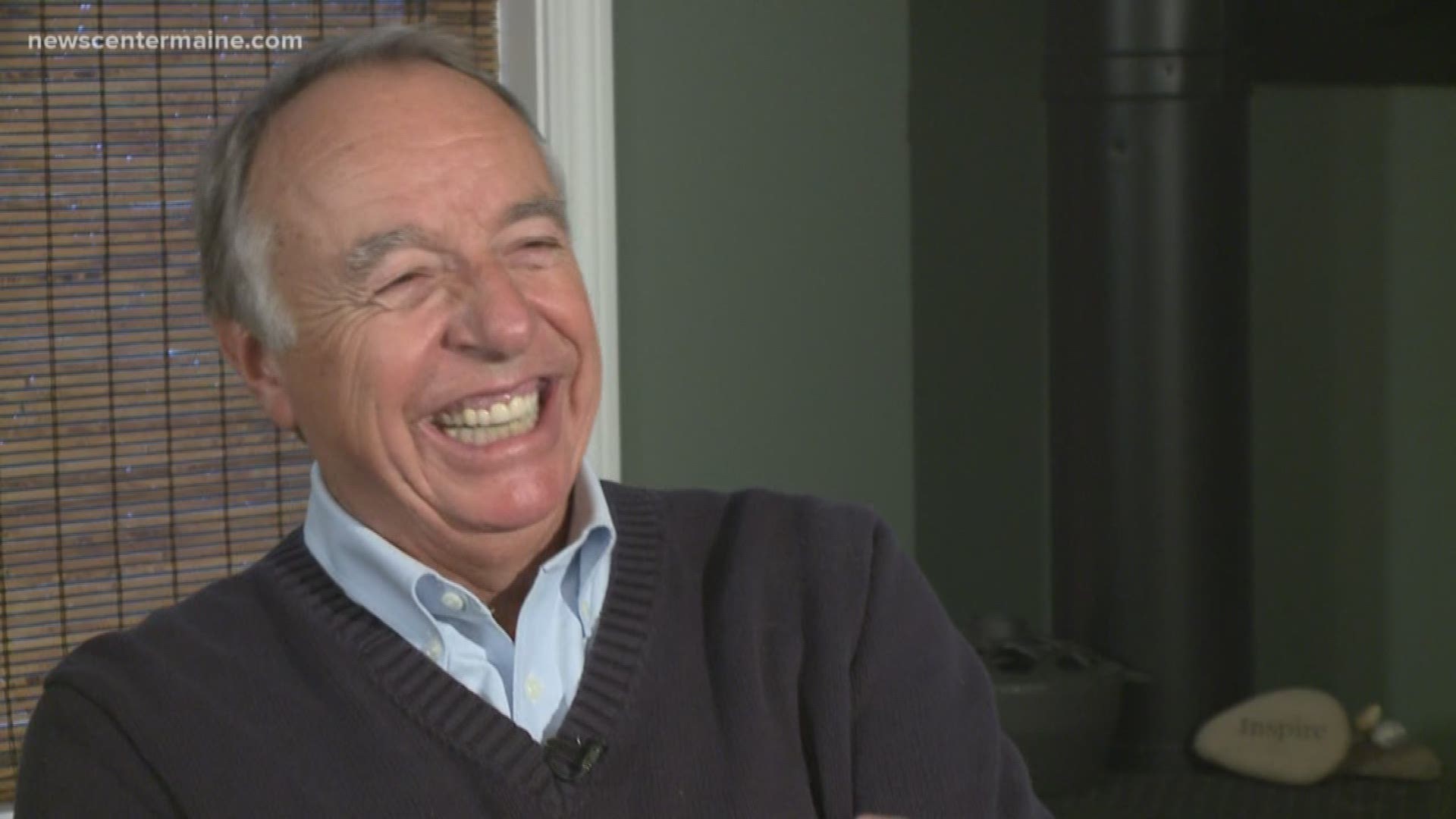 PORTLAND, Maine — On the subject of humor, E.B. White—the great essayist and, yes, humorist who spent his happiest years at his saltwater farm on the Maine coast in Brooklin--put it perfectly. “Analyzing humor is like dissecting a frog,” he observed. “Few people are interested and the frog dies of it.”

Maine’s best-known humorist over the last forty years is Tim Sample, and he certainly knows his E.B. White. Even so, Tim is not afraid to analyze Maine humor, and if there’s anyone you’d want to listen to on that topic, he’d be the guy. Since Maine is celebrating its 200th birthday this year, he’s been thinking about the history of Maine humor and storytelling, going all the way back to Charles Farrar Browne, who was born in Waterford, Maine, in 1834. Browne, who wrote under the pen name Artemus Ward, is considered America’s first stand-up comedian. Abraham Lincoln was such an enthusiastic fan that before he presented the Emancipation Proclamation to his Cabinet members, he read them a humorous piece written by Ward.

How did Ward’s humor get handed down to the next generation, and the generation after that, and then make its way into the famous “Bert and I” down east humor records of the 1950s and ‘60s, and then into the standup comedy of Bob Marley? There’s a thread, and Tim Sample found it and talked with us about it on 207. Watch our interview to see what he has to say about 200 years of Maine humor.

RELATED: Capturing the sound of 200 years of Maine

RELATED: This Week in Maine's History: Disgust with Missouri compromise