He might wrap up the practice with a performance from Austria. 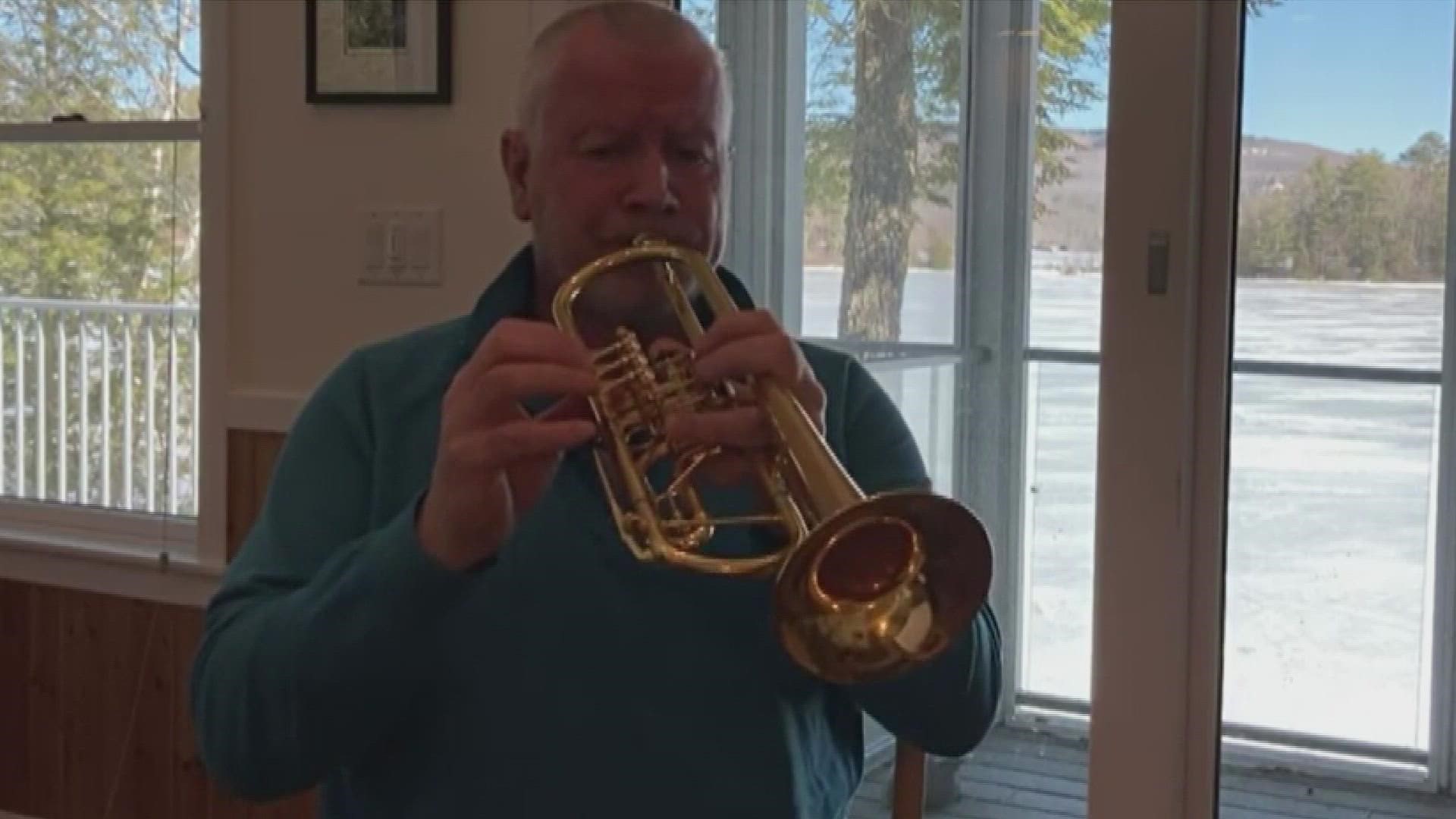 ORONO, Maine — We first met Jack Burt a little over a year ago; it was June of 2020, the pandemic had set in, and plenty of us needed a routine, a ritual for getting through those early, strange days of COVID. Jack is a Professor of Trumpet at the University of Maine. In the Spring of 2020, with classes canceled and no practices or performances on the calendar, he took to posting trumpet etudes on Youtube – calling it “An Etude a Day keeps the Covid Away”

"I did this basically to stay sane and keep my head out of the news and not get depressed," says Jack.

What exactly is an etude? He explains it this way. "Etudes were kinda like in the middle ground between music and exercises. They are definitely not intended for concerts or performances for the most part … Their purpose is to work out things on the instrument whether it’s a certain type of articulation a certain type of expression, scales, leaps." Etudes can vary in difficultly, and sometimes they are quite beautiful, sometimes they are 'trumpet' stuff', as Jack describes them.

So, from April until August, during the early months of the pandemic, he performed and posted 185 Etudes.  We checked in with Jack last August, and he was still posting, but thought he’d wrap things up as the school year was approaching. Sure enough, he didn’t stop. And if you check out his channel on You Tube, he is still at it.

When the school year started up last Fall, Jack continued to teach trumpet; he worked remotely from home or camp, and his students used his office on campus. "I had my horns, I had my books, and sometimes I had a two hour break between lessons," he says. That gave him plenty of time to continue to record etudes.

Is he surprised that he's kept going? "Well, no, in a way – not. Because, this has always been my life. Teaching and playing these things. I did my job all last year, my job hasn’t changed. Music teaching in the colleges – although the mode changed – my amount of time and what I taught was the same. So I’ve kind of worked this in to my daily schedule anyways," says Jack.

Jack was the music director of the University of Maine Jazz Ensemble, a position he stepped away from last Spring. In a year when the pandemic challenged all teachers in ways they never imagined, he got to observe the joy his students felt about simply making music.

Jack puts it this way. "It was the best year teaching that ensemble that I had in 15 years that I’ve done this. It was miserable for me, it was agonizingly un-fun for the students. But they were all there because they were dying to play their music. Be with their friends and play the thing – do the thing that they’re going to school for. It was really heartening because I never had a single attendance issue with any student, I never had a lateness issue with any student, they were just there ready to play, and happy to do it regardless of the circumstances. That’s kinda like what we all did. Even though none of us were standing in front of an audience, getting applause, or making money, we were doing this because it’s what we do. And we love it so much."

"In terms of my relationship to my students and our ability to work together? Yes. No question," he adds. 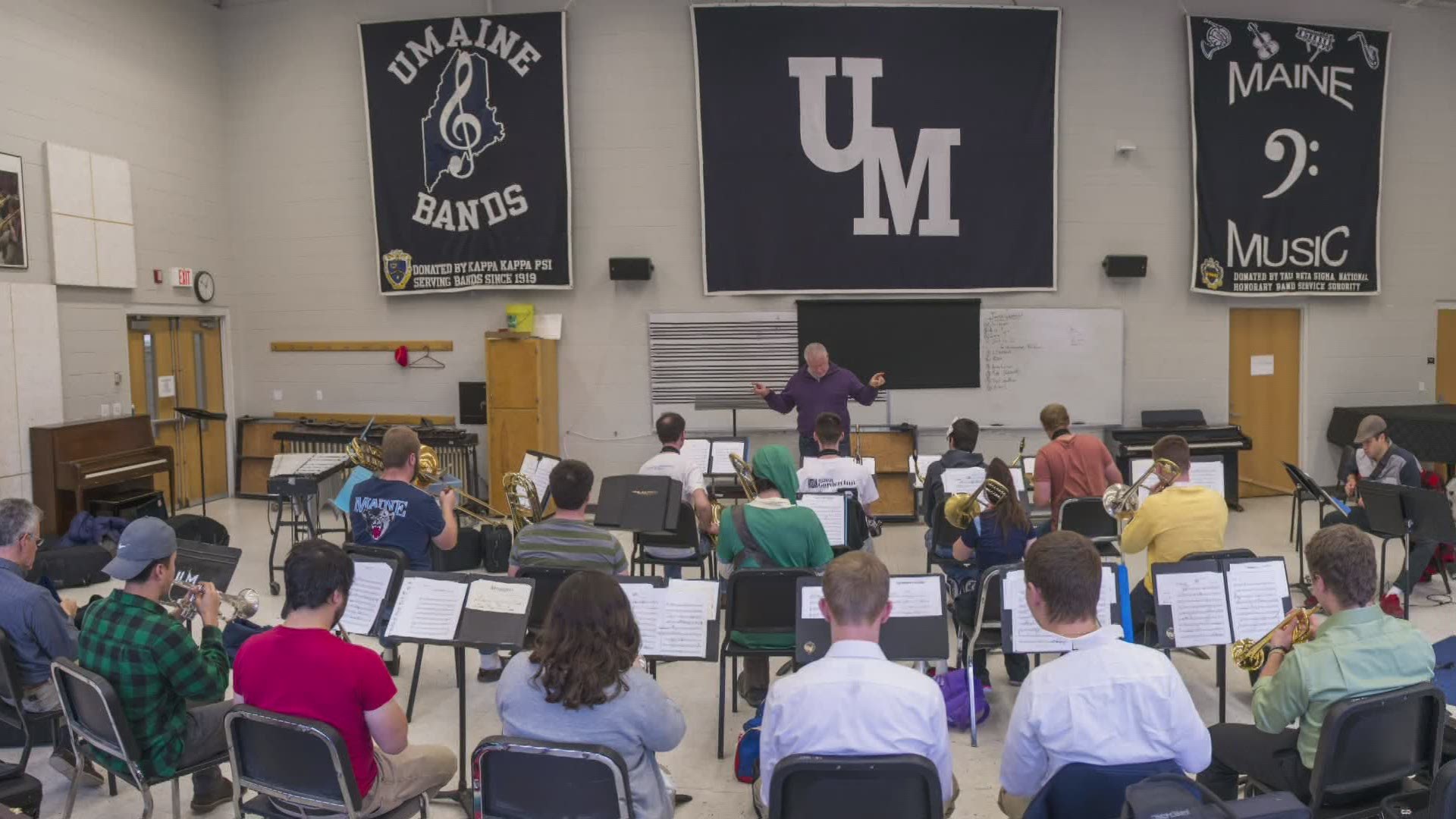 When we spoke last week, Jack was planning to go to Austria to visit the company who makes many of the horns he plays with. He *hopes to record his final Etude there – in Austria, while at the shop. Will he really stop posting? We’ll let you know. If you'd like to listen to some of etudes that Jack has posted, click here.