'All of a sudden I had a ton of nausea and vomit, and I decided I had to bail': Maine hiker pushes on to meet goal

Despite setbacks, a Maine long-distance hiker is getting closer to an epic goal 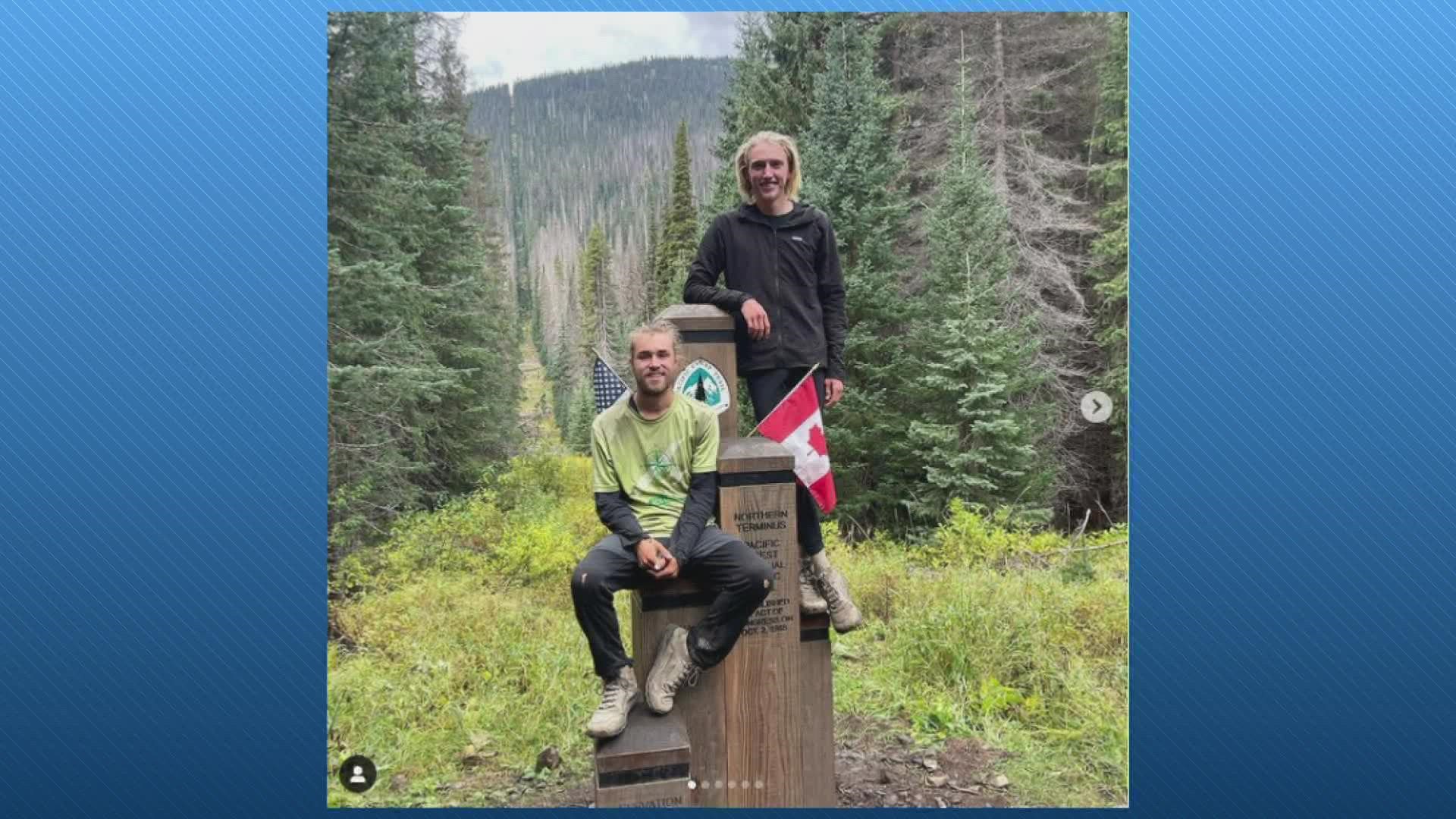 PORTLAND, Maine — For anyone with a taste for adventure, a love of the outdoors and a desire to test one’s mental and physical limits, the idea of pursuing what’s known in hiking circles as the calendar-year Triple Crown sounds pretty terrific. To achieve the Triple Crown, one must hike all three of America’s epic trails—the Appalachian, Continental, and Pacific Crest—between January 1 and December 31.

It’s an immense challenge. The trails stretch across nearly 8,000 miles with a vertical gain of about 190 miles, through deserts and mountains, across roads and rivers, in landscapes all but certain to expose hikers to broiling heat and bitter cold. Sammy Potter, who grew up in Yarmouth and is now a student taking a break from Stanford University, has been hiking these trails with a friend and classmate, Jackson Parell, virtually every day since they set out on the Appalachian Trail at sunrise on the first day of 2020.

A few weeks ago, on the Continental Divide Trail in Wyoming, it felt as though his dream might be coming to an end.

“I had no energy. Any time I stopped I felt like I was about to fall asleep,” he recalled.

He tried to push through the pain and fatigue.

“My stomach was kind of hurting. The joints in my legs and feet were starting to break down and get really stiff.”

Ominously, he was about to enter a 200-mile stretch in the Wind River range where no roads cross the trail, which meant there would be no way to get out in an emergency.

Five miles into that part of the trail, his condition worsened.

“All of a sudden I had a ton of vomit and nausea, and I decided I had to bail,” he said. “I had to get to a hospital.”

Wracked with dizziness, he felt as though he might pass out.

At the hospital, doctors told him what was wrong.

“It turns out I had giardia and two types of e. coli at the same time,” he said, “most likely from an unclean water source.”

He of course filtered his water in the wild, but the system is not foolproof. After a week of antibiotics, he was back on the trail and feeling fine.

Potter’s adventures didn’t end there. A few days ago, he was charged by a mother bear when he unknowingly found himself between her and her cubs. How did he get out of that jam? Watch our interview to find out.

Potter is hoping his adventure will raise awareness for climate change, and Protect Our Winters.