After 24 years, Maine woman finds sobriety and a new passion

Candice Staples of Sanford started using drinking and using drugs when she was just 10 years old. But after 24 years using drugs she is finally sober. 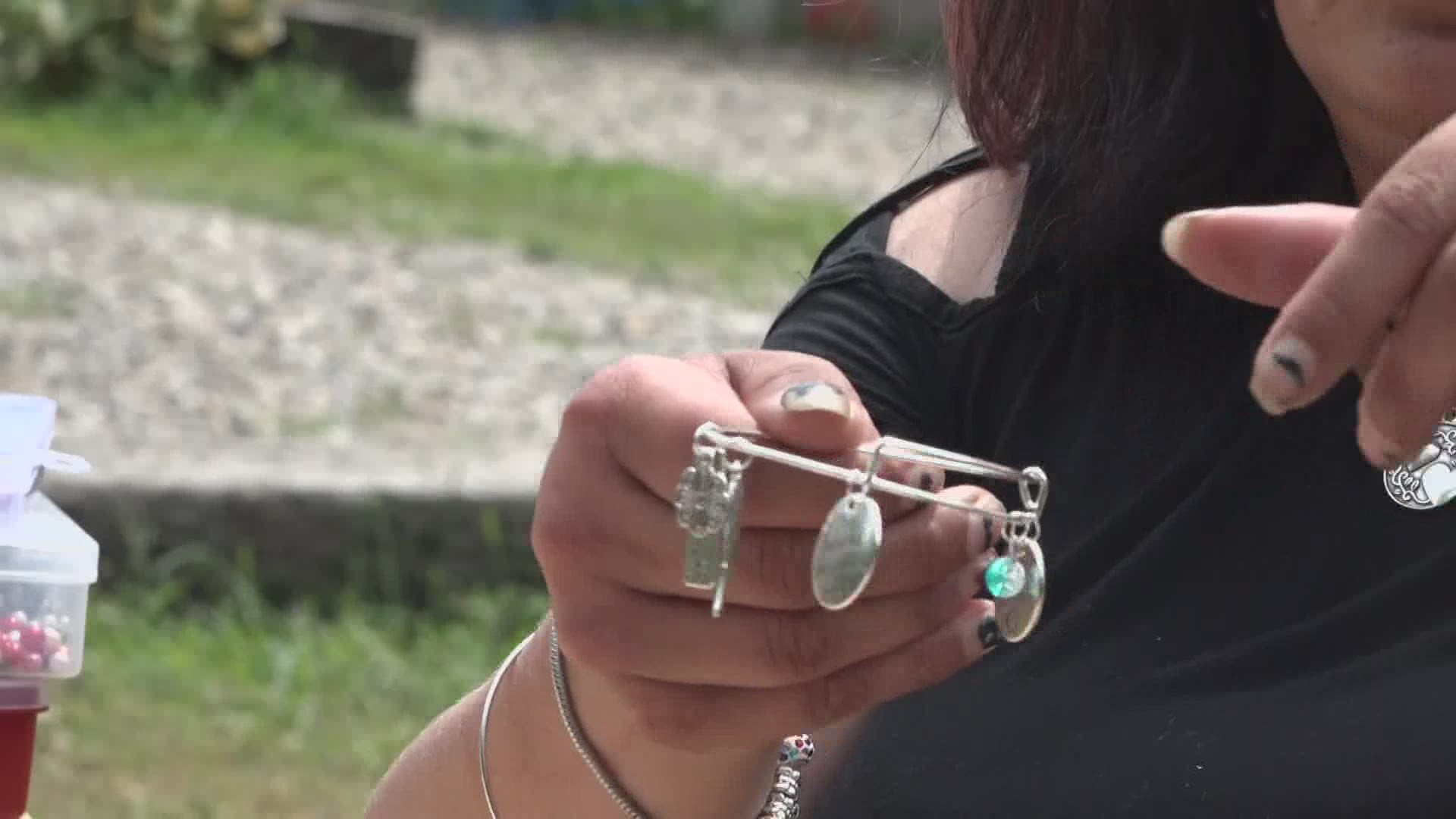 ALFRED, Maine — Addiction is a huge problem in Maine. From 2008 to 2017 more than 13% of all deaths in the state were caused by drugs and alcohol, according to help.org.

Candice Staples of Sanford was worried she would end up another statistic. Staples started drinking and using drugs when she was just 10-years-old. During her teenage year's things just got worse as she started experimenting with harder drugs.

"It went from cocaine to oxys to heroin to heroin and crystal meth and it was just a never-ending process," Staples explains from the Layman Way Recovery Center in Alfred that has become her new home.

The drugs eventually landed Staples homeless. During the summer of 2019, she was living in a tent in the middle of the woods in Sanford, she weighed 80 pounds, had no money, and began shoplifting to support her habit. It was her rock bottom when she finally got arrested and was in and out of jail for almost five months.

While in jail, Staples was offered to enter the recovery program at Layman Way which is literally across the parking lot from the York County Jail but she turned it down twice. When it was offered the third time, Staples took it.

"It got to the point where I just didn't want to be in jail and I came here. I honestly had no intentions of staying here I had every intention of running," Staples admits.

But thanks to a woman who she befriended in jail who was also in the program she stayed.

"That was the first glimmer of hope I'd seen in years," Staples says.

She started working on the 12 step program and realized she needed to work on herself.

"I was filled with self-loathing, self-hate, and being here has taught me honesty. It's taught me humility it's teaching me to be someone that I can love," Staples says.

The program has been a turning point and for the first time in 24 years, Staples is sober. She is extremely candid about her addiction, her recovery, and her life. She says she has to be.

"I used to be a very dishonest person."

Sharing her life now is what is keeping her honest and her openness is also helping others.

"She becomes a good mentor for other people that are in the program," says Staples counselor, Billy Winslow. "Candice is one of those people who has been open to allowing her story to be heard so other people can feel connected and it's been a great experience."

Staples talks about and shares hard things like the fact that her 15-year-old daughter is being raised by her father and that her son was adopted earlier this year.

"It was my actions that led to the adoption but he's happy, he's stable, he's safe and I'm grateful for that," she says through tears.

Another thing Staples is grateful for is a new talent she's uncovered while in recovery.

"It make me feel good to make pretty things," she says holding a newly made bracelet. While at Layman Way, Staples began her own business making handcrafted jewelry and dream-catchers. Creating is helping her fill her free-time and giving her a little money. A portion of everything she sells goes back to the program. Her business doesn't have a name yet but it does have a tagline: a recovering addict trying to make her dreams come true.

At 8 months sober, for the first time in her life, things are looking up for Candice Staples. Her sisters and mother are supporting her sobriety and her daughter has recently started speaking to her again. Staples is currently looking for housing and a part-time job. She also hopes to become a motivational speaker someday.

"When a person comes along and you realize that they really truly want this it shows. She wants it," says Winslow.

"It's incredible the gifts that you get in recovery," says Staples. She wants others who are struggling to know they can have it too.

RELATED: 'I just couldn't stop' Maine woman fights addiction to get her sons back