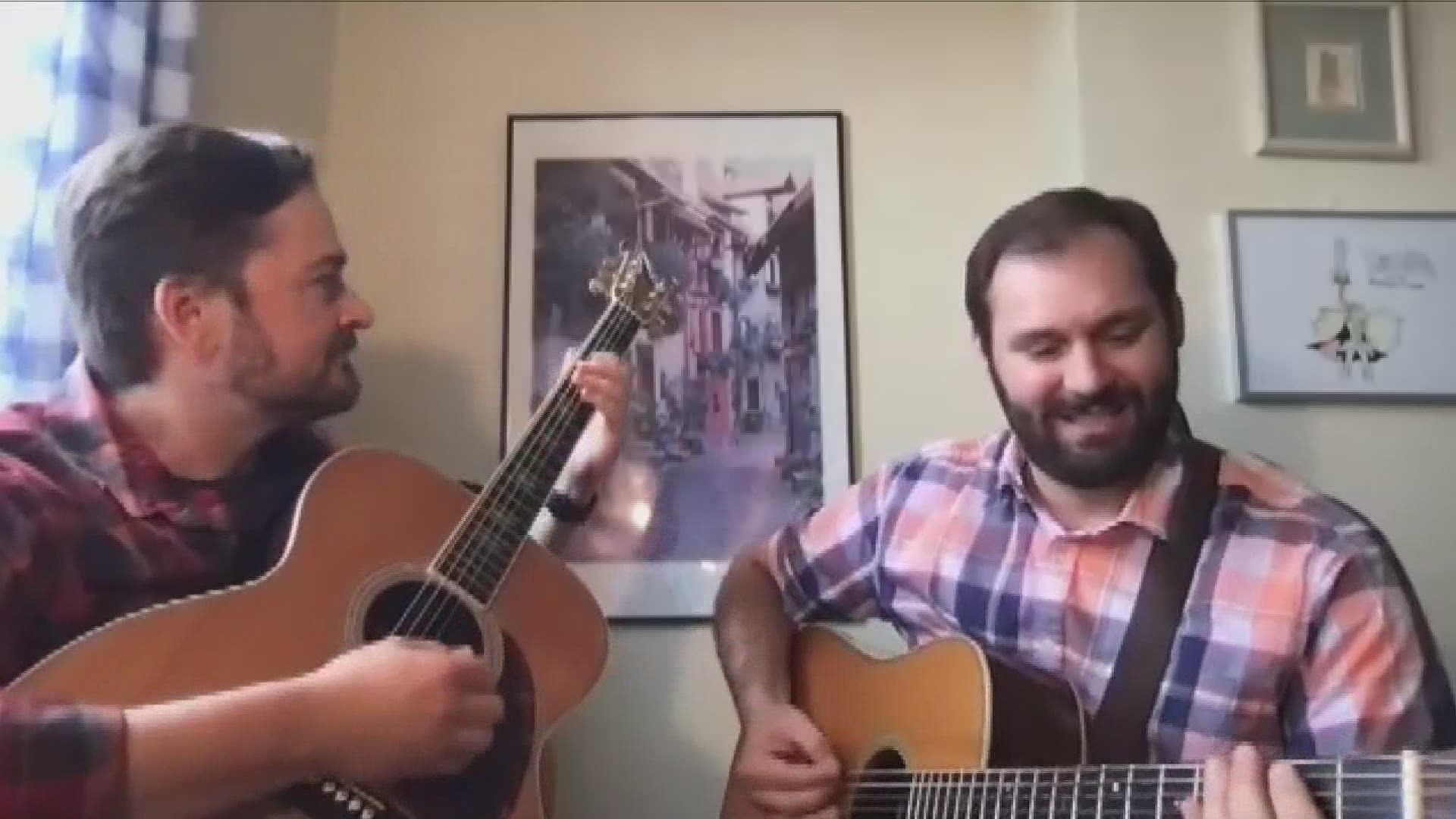 Such was the case with the Everly Brothers. As “Rolling Stone” noted, “they recorded 15 Top Ten hits between 1957 and 1962, producing a mind-blowing blend of Appalachian harmonies and rock & roll that influenced the Beatles, Simon & Garfunkel, and the Rolling Stones.”

The songs live on in “Dream: The Music of the Everly Brothers,” a show being presented in Brunswick August 23, 24 and 25 by Portland Stage Company and Maine State Music Theatre. Eric Anthony and Ben Hope are the stars of the show as well as its creators. “One of the things that we found to be most challenging was picking the songs we might want to include,” Anthony says. “There are so many and they’re all so good.”

Creating and performing in a show like this is work, of course, but it’s not like digging ditches. “You just gain a new respect for these guys for their artistry and how deeply talented they were and how beautifully they sang together,” Hope says. “It’s really been a pleasure.”

RELATED: After the longest break of his career, singer Jonathan Edwards releases a new album and returns to performing

RELATED: The writer and director of a new movie set in Maine talks about the challenges of shooting scenes on the ocean