Jennifer Shepard tried to summit Katahdin in 2016 with her husband. He fell ill and later passed away. She vowed to reach the top and against all odds finally did. 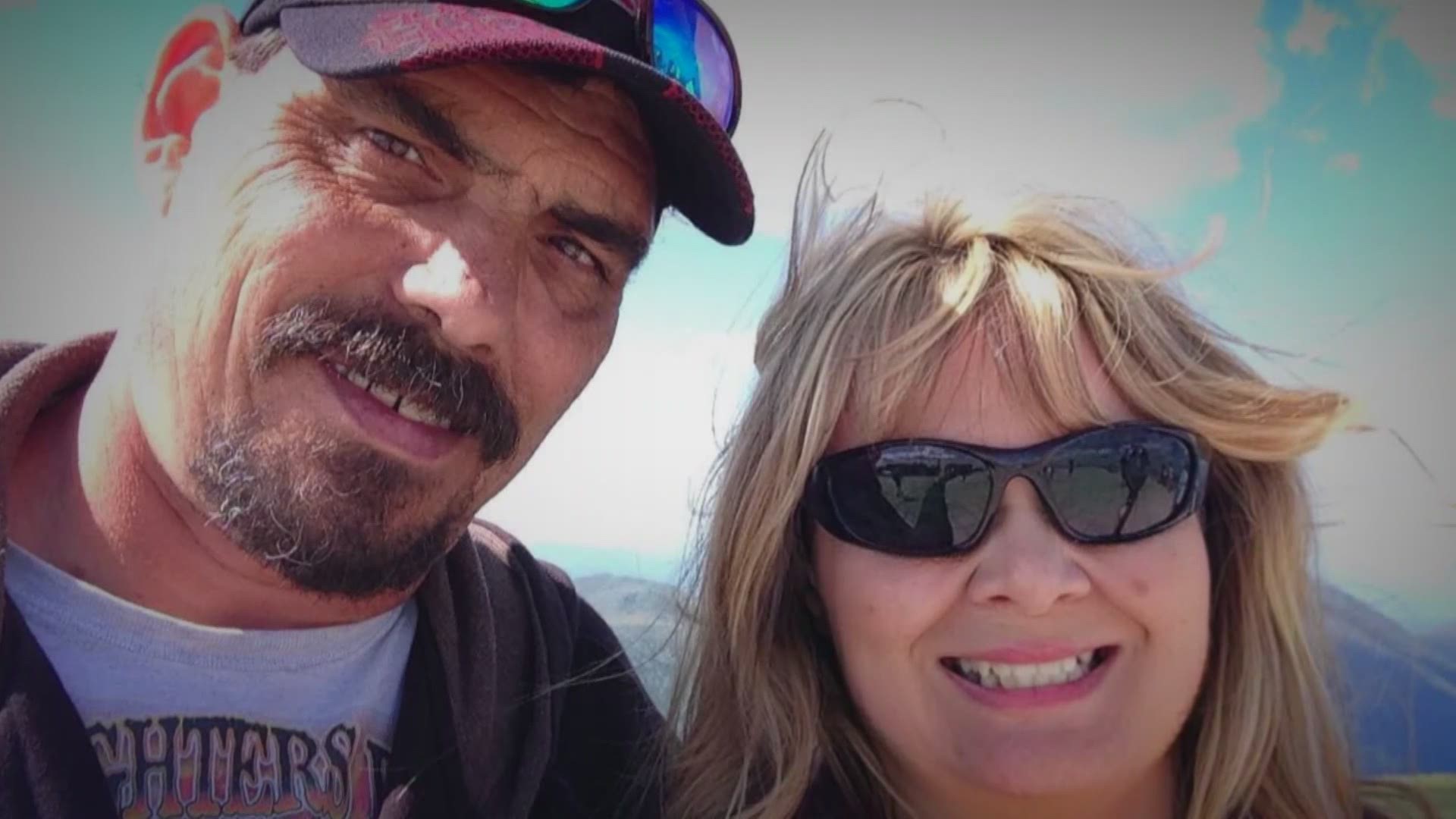 Jennifer Shepard has wanted to hike Katahdin ever since she was six-years-old and her grandfather pointed out the peak from Abol Bridge and told her, "the native people called that the greatest mountain."

She wanted to climb it.

It wasn't until her second marriage, that Jennifer found her perfect hiking companion. Bryant Shepard was an old friend Jennifer hadn't seen in years until he came strolling back into her life. She was 41 when she and the retired firefighter married close to their hometown of Ashby Massachusetts.

"We were so happy. I don't ever remember even having an argument with him. If I was happy he was happy and vice versa," Jennifer remembers. After finding happiness and at Bryant's suggestion, the couple decided to start getting into shape. That's when Jennifer mentioned her bygone goal of summiting Katahdin. Ever the supportive husband, Bryant was all in.

For nine months the couple hiked all over New England in preparation of a fall climb up Maine's highest peak. The first week of October in 2016, the Shepards came to Baxter State Park and started up the Hunt Trail to complete Jennifer's six-year-old dream.

Halfway up the trail, Jennifer noticed her husband rubbing his chest. He was having chest pain. As a registered nurse, Jennifer knew not to mess around.

"I said, 'You know what? It's not worth your life. We'll do it another time so we turned around," she remembers.

Credit: contributed
Jennifer Shepard and her late husband attempted to summit Katahdin in 2016.

When they got home Jennifer sent Bryant to the doctors. He had stage four lung cancer. After months of treatment, the doctors told Bryant his cancer was gone, weeks later he was gone. Bryant had a complication from chemotherapy, causing hemorrhage and he bled to death.

"He basically was a really bright light in this world and when he died it was like the world wasn't as bright anymore," Jennifer says through tears.

Shortly after Bryant died, Jennifer was in her kitchen, standing on her counter rearranging hen figurines that roost on her cupboards. She heard a familiar voice say, "Honey, get down. You're going to fall." Jennifer headed the prompting, descending the counter onto a nearby stool. Moments later she fell, severely breaking her leg. Jennifer was born hearing impaired and can not talk on the phone, so she dragged herself to her cell phone and texted her father to call an ambulance.

The prognosis was not good. In her short fall, Jennifer had ruptured her ACL, PCL, and MCL along with fracturing three bones. Two surgeons declined to operate and wanted to "wait" and see. She landed in a wheelchair.

"I was grieving so heavily for him and now I can't even take care of myself," Jennifer believed she would never walk again. But then a glimmer of hope came in a surprising comment online. An acquaintance was hiking the Appalachian Trail and mentioned Katahdin. Jennifer commented that she had wanted to and tried to hike the mountain with her late husband. The acquaintance offered himself instead.

"Get yourself in hiking shape and I'll hike it with you for him," commented Russ Lampala. It was the glimmer of hope Jennifer needed. The next day she stood up from her wheelchair. She began to attend physical therapy with dedication, eventually, she was using crutches to get around, then a cane, and then nothing. She worked out every day and then started hiking.

At first, hiking was hard not just because of the physical toll it took on her still badly wounded leg but because she was used to walking in the woods with Bryant. From out on his own trail, Russ kept encouraging her. This year despite covid and most people gaining weight, Jennifer lost 65 lb from hiking. She hiked all over New England, every weekend and most nights, alone or with Russ. By Labor Day she had hiked 576 miles in 2020.

On Labor Day weekend 2020,  Jennifer Shepard returns to Baxter State Park for the first time since she and her late husband had been there four years prior. Her mission was simple. It wasn't about her little girl dream of summiting Katahdin, this time she was doing it for Bryant.

Russ Lampala is by her side. They hit the Hunt Trail, the same one Bryant and she had attempted, by 7 a.m. A grin spreads across Jennifer's face and sticks.

"I was smiling like a kid on Christmas!" She feels good and her leg isn't even bothering her, which it frequently does when she's hiking.

The sun is shining, lighting the trail before them.

Credit: contributed
It was a bright, sunny day on Sept. 7, 2020, when Jennifer Shepard set out once again to summit Katahdin.

All is well until the hiking pair reached the treeline.

"It just started storming, the fog rolled in and it was raining. The wind was crazy There was sleet and hale," Jennifer recalls.

They reach a point on the Hunt Trail where Jennifer has to pull herself up a 7-foot granite rock using just a piece of rebar as a handhold. She is convinced she can not do it and she's emotional because she's just passed the spot where Bryant and she had turned around in 2016. It was the last place she ever hiked with her husband.

Jennifer tries to reason with Russ, who has hiked Katahdin before, that there must be another way.

"If you can't get up this, you can't hike Katahdin," Russ says. And then he offers, "you can do this. I'll help you."

After some coaxing Russ boosts Jennifer up over the granite slab of rock. The fog is so thick it impairs their sight but Jennifer, who now can not see well or hear, puts one foot in front of the other, just as she's been doing her whole life. The winds are gusting upwards of 40 miles per hour and then the sight Jennifers been waiting to see her whole life comes into view.

The view from the top of Katahdin may have been foggy but its one Jennifer Shepard will always remember clearly.

Jennifer opens a small can of Bryant's ashes and the wind takes them away.

"No doubt he was with me on that hike."

Credit: contributed
At the summit of Katahdin, Jennifer Shepard sprinkled her husband's ashes.

Jennifer credits Russ, her hiking buddy with saving her life.

"I tell him all the time you saved my life because I didn't feel like I was living when I was sitting in that wheelchair and I didn't want to live and you gave me hope."

Her life is worth living now because hiking has healed her heart.

"I often describe grief to people as you see the world in color and I don't. I see it in shades of gray and I really didn't see colors again until I started hiking," says Jennifer.

Every mountain she climbs, Jennifer takes along with her a small can of Bryant's ashes and sprinkles them at the top. In this way, she feels like her husband is still hiking with her, and each new colorful summit they can share.

"The world is beautiful. There are so many mountaintops I want to see. When I’m out there hiking, I feel like I'm living again and I feel like I am not just doing it for myself but for him."

Jennifer has no plans to slow down. She finished this year having logged 200 hikes and just over 930 miles and is currently working on a book about her hiking through grief journey. You can follow her story on Instagram. She plans to summit Katahdin every fall to honor her late husband.

RELATED: Childhood friends who are turning 100 and 99, reconnected through son's family history search 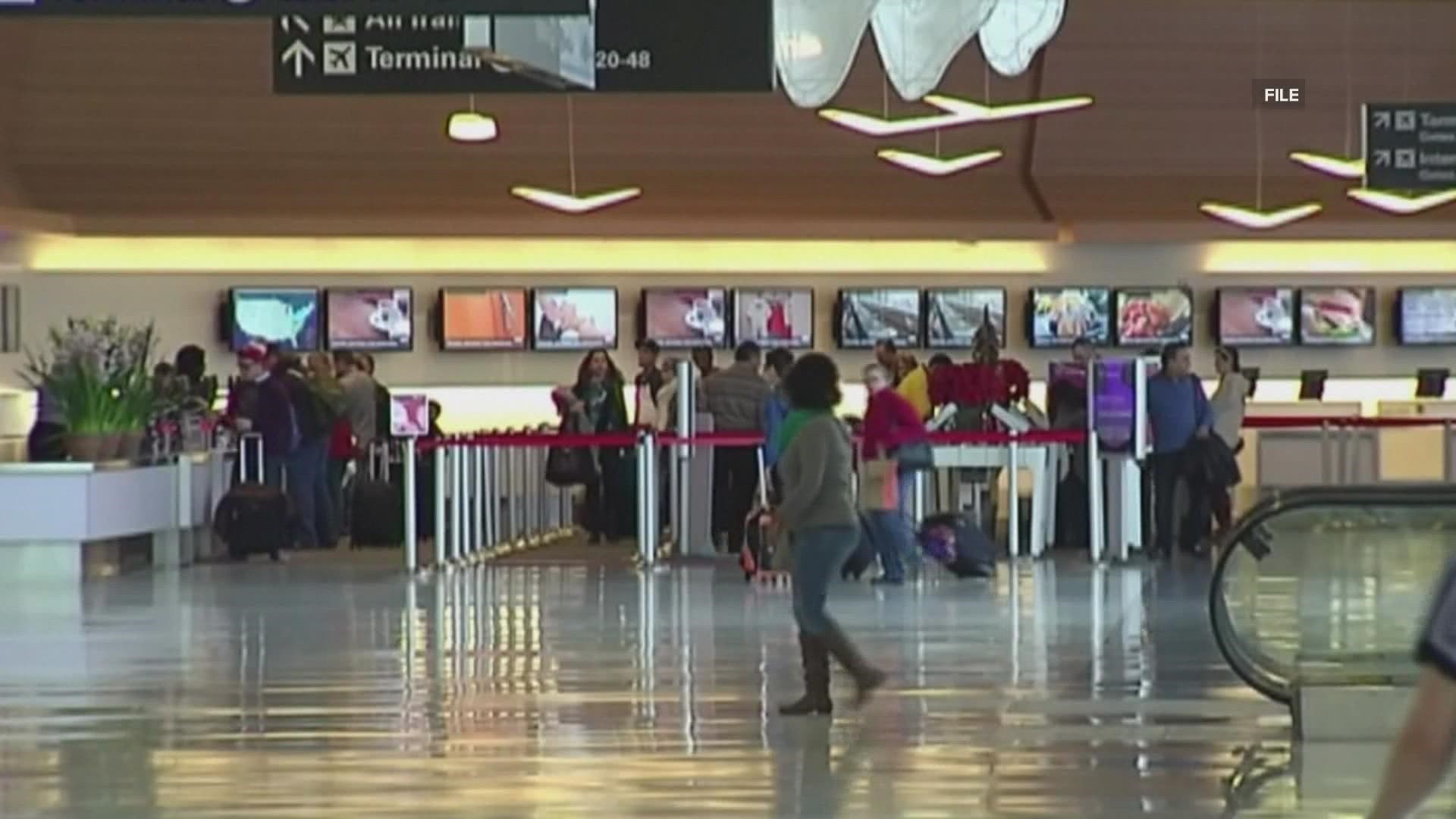