A few minutes with Andrea Mitchell of NBC News

After more than four decades at the network, her enthusiasm remains undimmed. 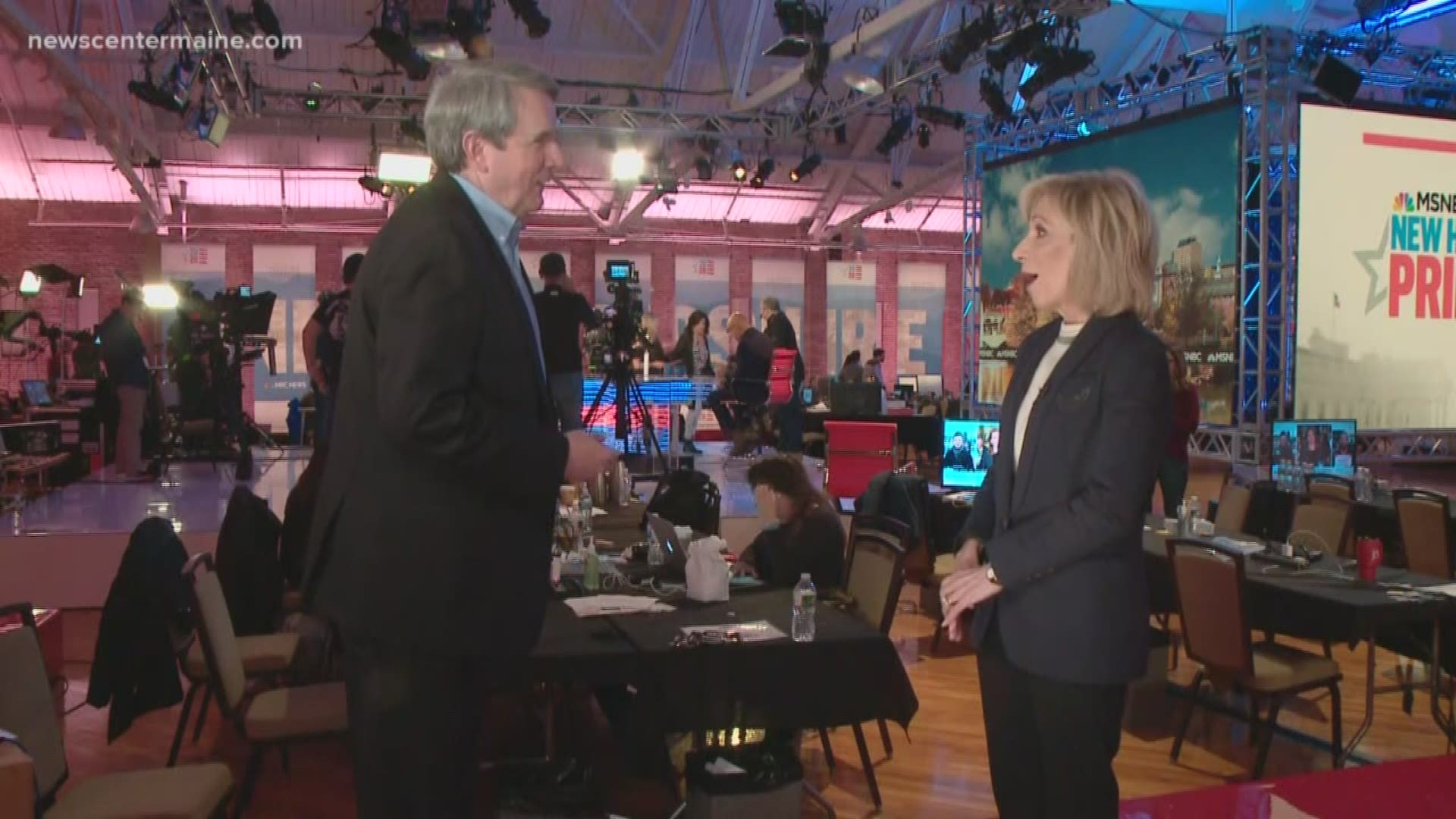 MANCHESTER, N.H. — Find a job that you love, the saying goes, and you’ll never work a day in your life. That maxim came to mind as I watched Pat Callaghan interview NBC News correspondent Andrea Mitchell for 207. Why? Because her life and career poke a few holes in the saying.

Clearly she loves her job—but there’s no question she works terribly hard at it. Network news, after all, is not an arena where the meek and indifferent thrive, and Mitchell has been successfully navigating those shark-filled waters for more than forty years.

Her career at NBC began in 1978. She covered the energy beat during the Carter administration, including the huge story of the near-meltdown of the nuclear reactor at Three Mile Island. It was in many ways a different world. When out in the field, reporters who wanted to call the newsroom had to find a pay phone. It was always a good idea to have exact change.

Now, once again, Mitchell is back in New Hampshire to cover the first of the presidential primaries. It’s an assignment she relishes, but she knows the value of deep, intensive preparation. “I’ve had to study a lot to know my stuff,” she said at the time of her 40th anniversary at NBC News. Her advice, after all these years, might go like this: Find a job that you love—and then work at it every day in your life.

RELATED: Why Maine needs a younger workforce—and what it can do to get one