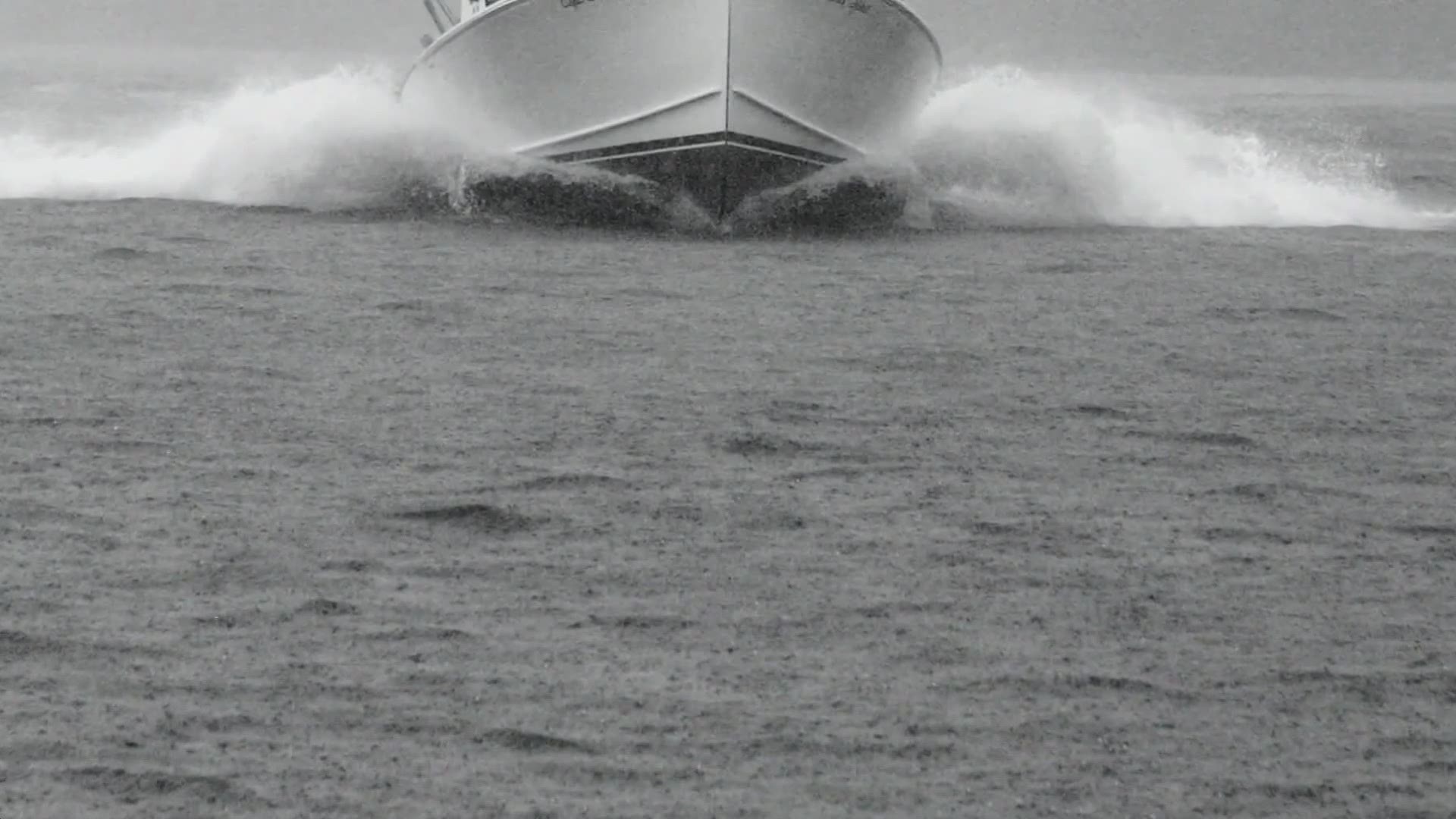 BRISTOL, Maine — It was a late August afternoon in 1958, and Russie Lane’s mother happened to be picking blueberries on Whitehead Island, just south of Rockland, where the family was stationed to tend to the lighthouse there. What happened next would change the course of many lives – over many decades.

The story is told in a book is called "Snow Angels on the Moon." The title is a reference to author Russie Lane’s admiration for astronauts, his heroes of the 1960s. But what plays out in the pages of his book is a story involving many heroes, including the author himself.

Russie Lane describes himself as a "reluctant storyteller." All his life he has stuttered, and about fifteen years ago – he was diagnosed with Parkinson’s disease. He prefers to be in the background. The story he set out to research had always been part of the Lane family history. Something they all knew about and remembered - but rarely spoke about. They referred to it simply as "the rescue." All he had was one single newspaper article confirming what had happened that summer day off the coast of Maine.

Russie Lane had not yet been born when his parents were dropped off at Whitehead Island Light Station, south of Rockland, where they were to be lighthouse keepers for the Coast Guard. It was a remote assignment; the U.S. Coast Guard was even reluctant to supply them with a boat. The boat they were given was in pretty rough shape.

Late that summer, the weather along the coast was stirred up by a hurricane well offshore. Sandra Lane, Russie’s mom, was picking blueberries for a pie and had one eye out to sea. It’s open ocean around the island, and on that day, a small fleet of sailboats from a summer camp moved past the island, completing the last leg of a weeklong trip.

One of the sailboats began to lag behind. It took on water and the inexperienced crew lost the bailing bucket and a few lifejackets.

"My mother notices them out there, quite a ways off. And luckily, she watched ‘em. Fifteen-foot waves, the tide was two feet over what it normally was … 35 mile an hour winds I think it was … no place for them to really be. Especially when they are out there alone," Russie recalled.

She saw the sailboat capsize and ran to alert her husband, Russie’s dad.

"My father knew he had to go out there and try to help them. When he was younger, and in the Navy, he lost his best friend overboard in an awful storm. Through his whole life that was something that had always worried him."

That young man was David Gamage, piloting his grandfather’s lobster boat. Together, the two-headed out to sea to rescue the stranded sailboat.

"Everyone’s in the water still. They’re hangin’ on, life jackets but not everyone has ‘em, and decided to haul everyone out of the water. One of the girls wasn’t doing very well at all," recalled Russie. There were four campers and a counselor in that boat. One of the campers was Dan Granoff.

He remembers it like this: "I was a pretty good swimmer, a little overweight at the time so I had some pretty good insulation. All that helps when you’re in the water. And I kind of looked, and I was trying to decide – that was the big decision. 'Should I swim to land?' … 'Should I hold on to the boat?' It was really a hard choice because I thought I could make it."

"The problem was, it was getting into the late afternoon, it was gonna get dark, and they had no idea where we were. Finding us would have been hard. It would have been a major deal. How long we would have lasted. So, yeah, it was harrowing," Dan recalled.

The crew had been in the water for nearly an hour by the time Russ Lane and David Gamage reached them. They pulled the exhausted sailors aboard and headed home. The story in Russie's family goes like this: "So they went back on in on the island and rescued everybody, they took ‘em up to the lighthouse, and my mother – they’re all wet and cold, no clothes to wear, and my mother took ‘em up to her room and said, 'Here -  take whatever you want.'"

Dan remembers their generosity. "The other thing I remember, when we got on land, we were cold and everything, and just the generosity of Russ’s mother and father giving us something warm to drink and clothing and blankets and everything."

The campers returned to camp, Russ and Sandra resumed their chores, and just like that – the seas calmed, the story of the rescue began to fade.

But it never faded for Russie. In his eyes, his father was a hero. The details of that one newspaper article confirmed that. He set out to tell the story in a film he called "Looking for a Hero." And that process only deepened his curiosity. Who were the people his father had saved? How did their lives turn out?

Russie's father urged him to write a book about the story. “'Russie, you’ve always been a good writer,' my father said. 'You could make a million dollars!' And I said, 'Well dad, a million dollars isn’t much anymore.' So, I started writing the book." 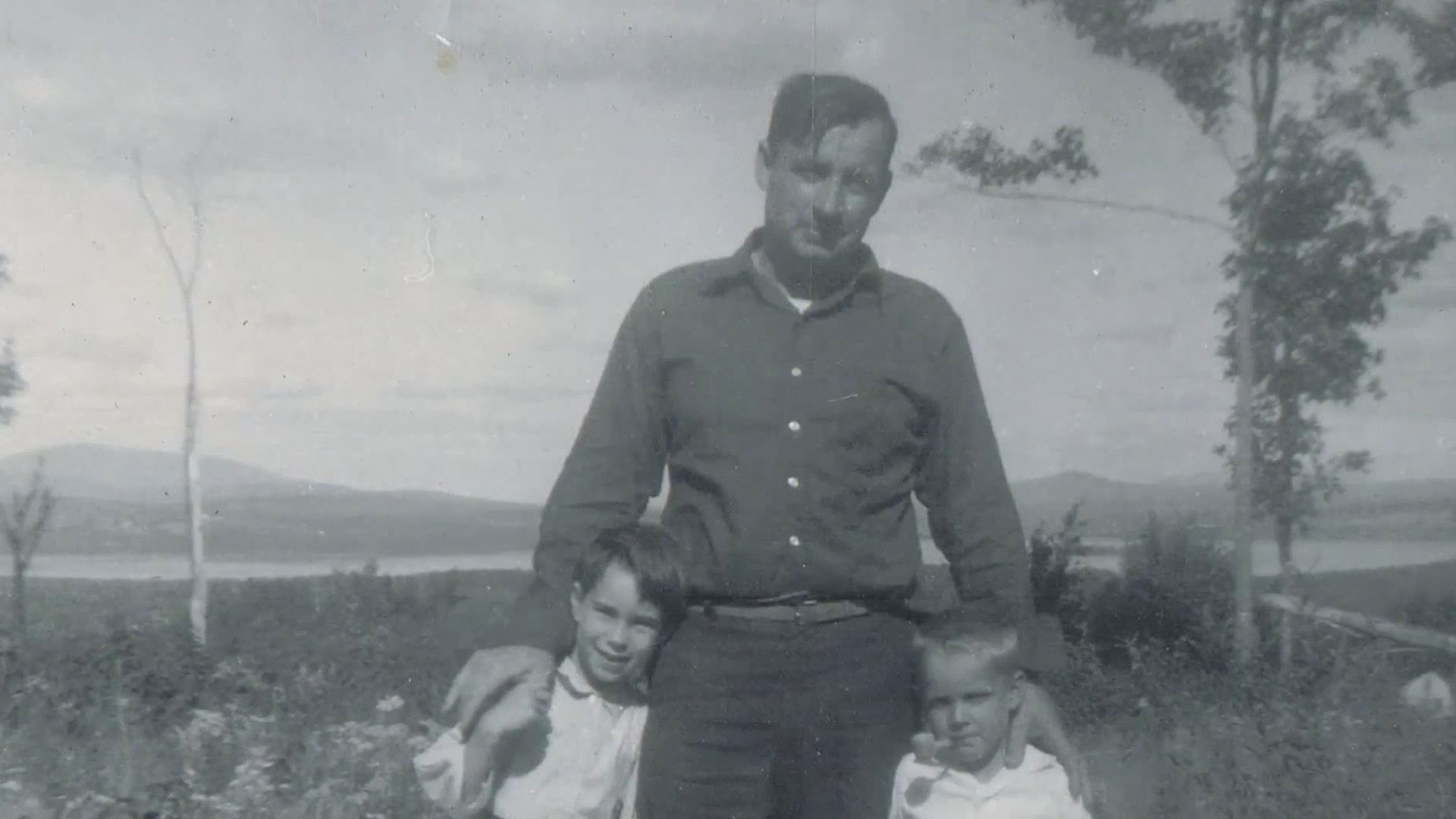 The campers that Russ Lane, Sr. rescued in 1958 would now be in their early to mid-70s. With just a few names and details from the newspaper article, Russie set out to see if he could track them down.

Along the way, he unearthed details and began to build relationships with the people whose lives had been changed on that August afternoon, 63 years ago.

Why write the book now?

"My father was having a hard time. My father was diagnosed with Post Traumatic Stress Syndrome. He wasn’t happy with his life," Russie explained. "His life was, I mean, I was raised in a very loving home. He was a wonderful father. But he was hiding things well. To him, he was a failure. So, I wanted to prove to him that he wasn’t a failure. And that was my main motivation."

Dan Granoff was the first person Russie located – he is a doctor on the West Coast. Russie fired off an email.

"The middle of the next night, I woke up in the middle of the night, checking my email, I don’t normally do that -  but there it was. I got a letter from him. 'Dear Mr Lane, I’m one of the guys that your father saved.' Blew me away. In his letter, he wrote all the names of everyone that was there."

A few years after the rescue, Dan Granoff had jotted down notes – 40 pages of them – of what he could remember about that afternoon. All these years later, he knew exactly where he had kept those notes.

"When Russ contacted me I knew exactly where this was. It’s not like I thought about it every day. I definitely, it’s in my conscious. And I somehow [knew] it was important," Dan said. "I considered it a very important event. I mean it was, I realized, especially as I got a little further on – you know, it was easy that we all could have died. And, you know, life would have changed a lot."

Dan shared his notes with Russie, details he recalled about the other campers. As an adult, Dr. Dan Granoff had a hand in creating the vaccine that has nearly eradicated meningitis in Africa. Susan Cheever was in that boat – now, she’s an author and historian and daughter of John Cheever. Jeffrey Stark served as a Justice of the New York Supreme Court. With each new connection, the impact of this rescue grew, and Russie would report the new information to his mother and father.

"He was thirsty for this knowledge of everything that happened. He wanted to know all about it. It gave him that worth that wasn’t there in his own life. It’s a moment of time – meant so much to him." The information that Russie was uncovering was powerful for his father as well. "It really turned his life around."

Russ remembers how important his work became to his father. "I finished the manuscript, I handed it to my father, he devoured it. He did. He couldn’t read a stop sign before that. But he devoured that book. I said  ‘Dad, there are some things in here that you might not want out there.’ He said, 'If it helps somebody else out, leave it right there.' I said, 'I think it will Dad', and then he passed away just a few months after that."

Russie summed it up by saying, "I guess the thing that I want to say is that when my father passed away there was nothing that didn’t go left unsaid. And that was such an amazing thing to happen. Because we as mothers and fathers we do the best we can but it’s always gonna fall kind of short. My father and I had some things about we didn’t see eye to eye about, but nothing left unsaid."

Turns out – this "reluctant storyteller" has written a bit of a love story that gave the last years of his father’s life a real sense of worth. Can’t ask for much more than that.

Here is the backstory to the title of the book: 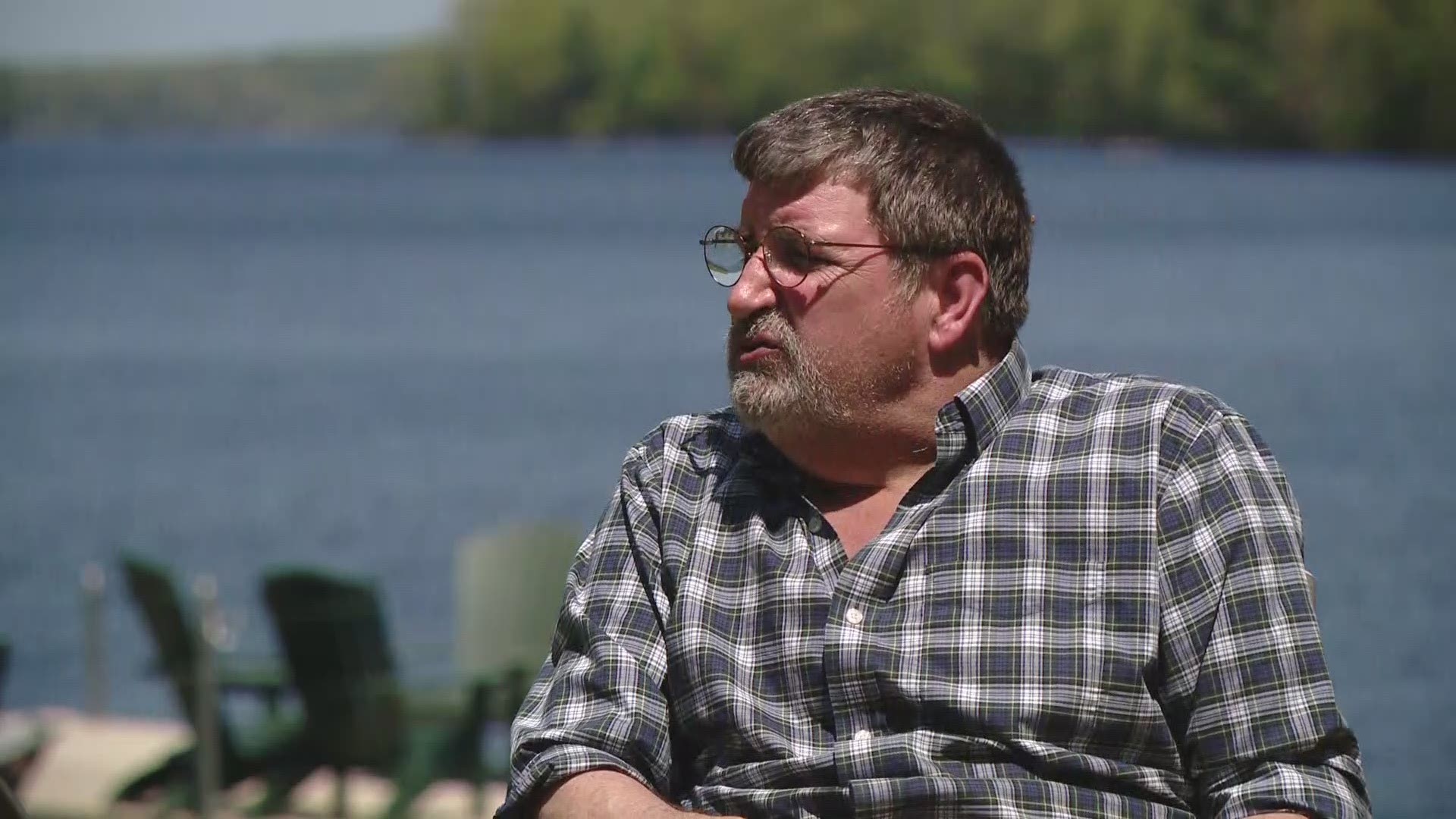 To view Russie's film, "Looking for a Hero", click here.