A bouncy way to fundraise 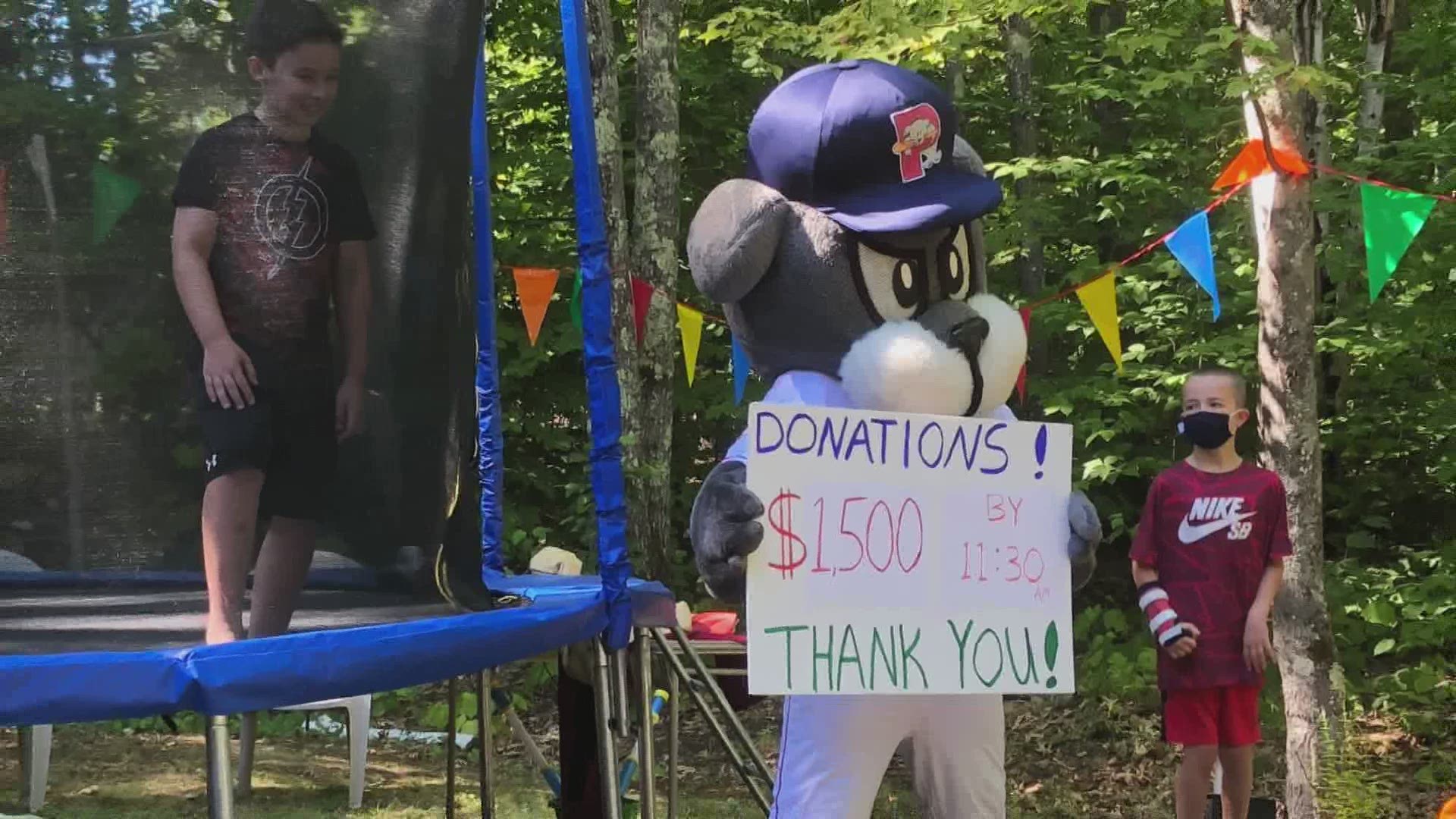 FALMOUTH, Maine — Update: 10-year-old Jackson Welch spent 24 hours on his trampoline this past weekend.  Starting at noon on Saturday, Welch climbed on the trampoline to raise money for the Animal Refuge League of Greater Portland.  His mother tells 207 so far more than 36-hundred dollars has been raised. She says some of Jackson's friends stopped by to help pass the time, and he even got a visit from Slugger the Seadog. The family set up an outdoor projector to watch a movie Saturday night, and set up a tent on the trampoline for the night. The fundraiser is still going and you can donate by clicking here.

With a bit of time on his hands, Jackson Welch thought of a plan that would keep him busy, bouncing, and raising money for the Animal Refuge League of Greater Portland. He's done other fundraisers for the organization and is an animal lover.

Jackson plans to start bouncing on his trampoline on Saturday, Sept 12th and bounce his way through the next 24 hours. If you would like to support his efforts, click here. Jackson's time on the trampoline will be Live-streamed on his YouTube Channel, Human Hotdog.  .