Spencer Albee is the musician behind Maine's popular 'Beatles Night' concerts; how, he says, you can continue supporting your favorite artists and venues. 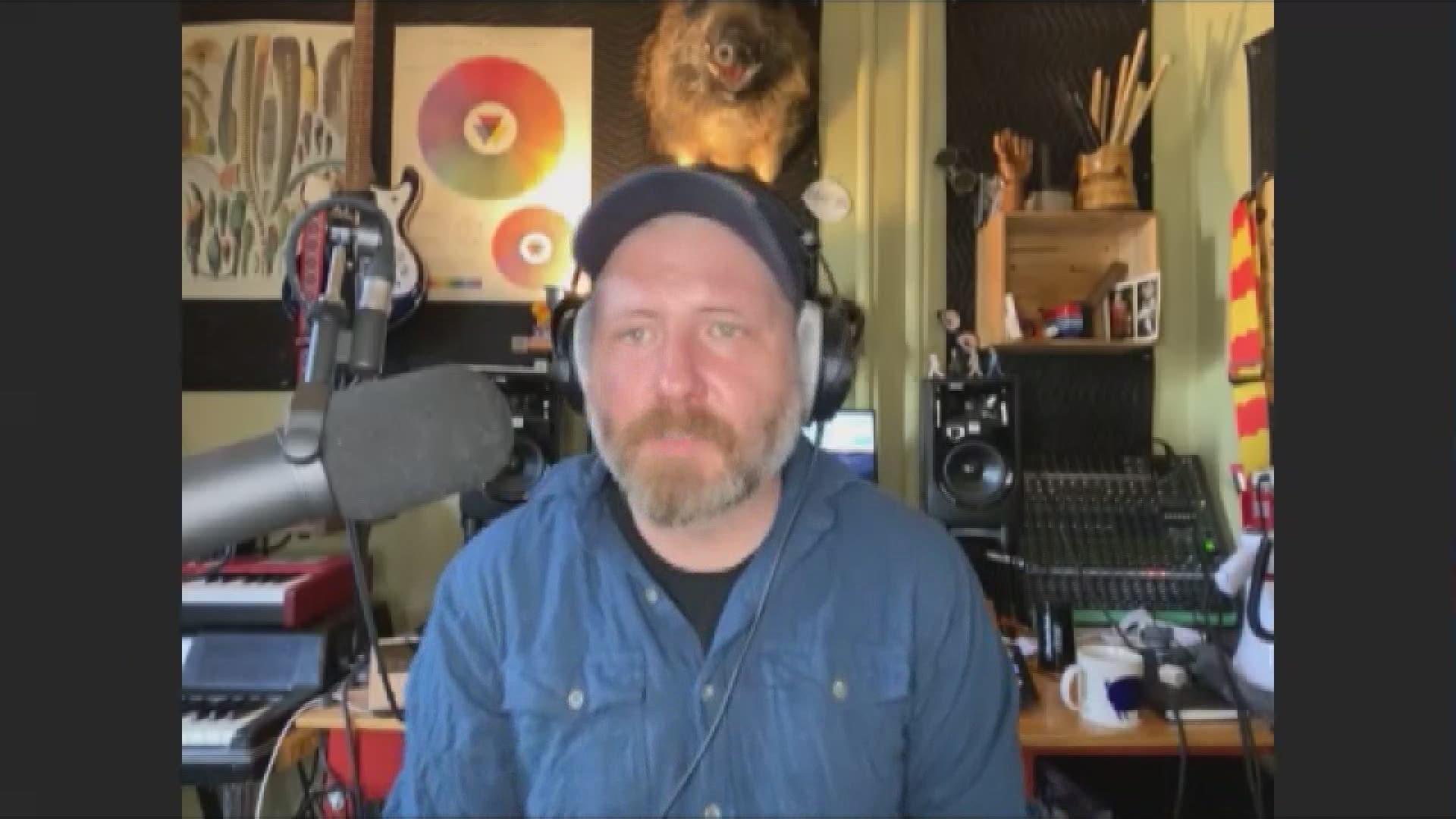 PORTLAND, Maine — Spencer Albee is a big name in Maine's music scene; known for his Beatles Night concerts and musical collaborations. It's been a rough year for musicians though, venues are closed; in person concerts cancelled; and gathering in a studio to record anything is nearly impossible.

"I played my last live show on March 7th with a band called Bell Systems that I’m part of, and I guess we didn’t really realize at that moment, oh this is it," Albee says.

The album was put together with help from Jonathan Wyman and is called "Popsicko Vol. 2" and comes 20 years after he first released "Popsicko Vol. 1." The music has a sense of calm, with the synthetic tones that Albee is known for. One of the singles on the album, "Thinking of You," has lyrics voiced in part by Katie Matzell: "It's so hard to feel stuck in one place I know we talked at one point, but I can't remember when. I want so bad just to see your face and reminisce about the old times, but until then just know I was thinking of you..."

"Like many Mainers I’m a fan of the Dr. Shah show," Albee jokes. "I catch it whenever he’s on and I had this idea to create an 'I Heart Dr. Shah' shirt because he’s just so kind and you think about the news he’s delivering, it's not great, but he does it in a way that’s kind of okay and he just keeps it cool."

"As fate would have it, a great photographer from Portland, Nicole Wolf, took a photo of him and I was trying to think of how to turn it into a T-shirt; I’m not an artist per se, I can’t just bust that kind of stuff out, so she took these really great photos of Dr. Shah and I reached out to her and said, 'Hey would you mind? Here’s my idea…' and she connected us with Dr. Shaw’s camp."

"Walter Craven, a great Maine musician and artist, he’s a Swiss Army knife, he was able to render Nicole‘s photograph into a graphic," Albee explains. Now, it's on t-shirts; mugs; and tote bags and available for purchase. All of the proceeds from the sales support the Maine Music Alliance, which is helping to keep Maine's music venues afloat through the pandemic.