Cemeteries in Maine hold a lot of history; this time of year, that history comes to life through actor portrayals. Now you can watch from home. 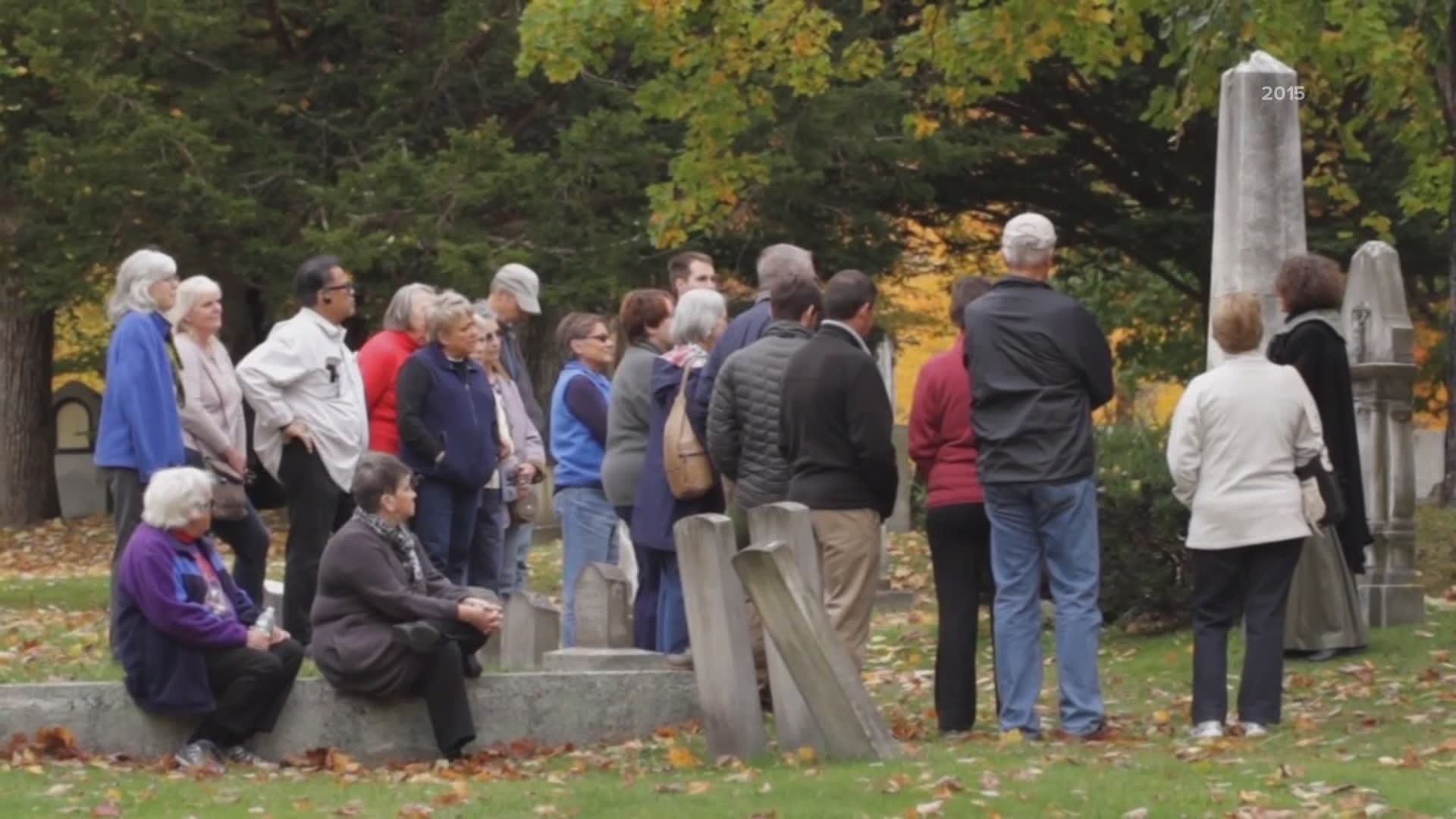 KENNEBUNK, Maine — Cemetery walks are incredibly popular this time of year, especially through some of Maine's most historic sites. There are a few different teams that work to bring spirits to life to help tell the stories of real Maine people.

This year, those tours will be different; mostly online, which means they are more accessible to those who want a haunt from home.

Peter Weigel has been offering tours with the group Spirits Alive for years at the Eastern Cemetery in Portland; each Halloween season, actors come together to represent historical figures. This year's theme is: Vices, Voice, & the Vote: 100 Years of Women's Suffrage.

"2020 is the 100th anniversary of the passage of the 19th Amendment which, of course, gave women the right to vote, so it naturally fit in," says Weigel. "Maine had so many women; so many people involved in the women’s suffrage movement over the years that it really just was a natural fit. Historically we had a lot of people involved in the movement along with the abolition and the prohibition movement; the three movements kind of all went together historically. So there was a tremendous amount of material and a lot of characters to work with."

Lynne Cullen is the writer of these skits that help tell the stories of those who once lived. She also directed the videos filmed with the actors, which will be available online, free between October 22nd and November 7th.

In Kennebunk, this would be the Brick Store Museum's 17th Annual All Souls' Walk. Instead, organizers have taken video of their actors portraying these historical figures. This year's virtual tour will feature 15 stops within Hope Cemetery.

Cynthia Walker is the executive director of the Brick Store Museum, which works year round to preserve the memories of those within Hope Cemetery.

"At the museum we have kind of a continual development of stories of people who lived here; so writing the scripts for instance is just part of our job," says Walker. "I will say the most challenging part, whether it’s live or whether it’s on video, is getting all of the puzzle pieces put together; getting people to film or make sure that they are there on time. So it actually is the same whether it’s COVID season or not."

The All Souls' Walk is happening virtually October 30th and 31st.