Three friends from Yarmouth never expected to face one of the most challenging moments of their lives together; but it all led to the "Take Two" journal. 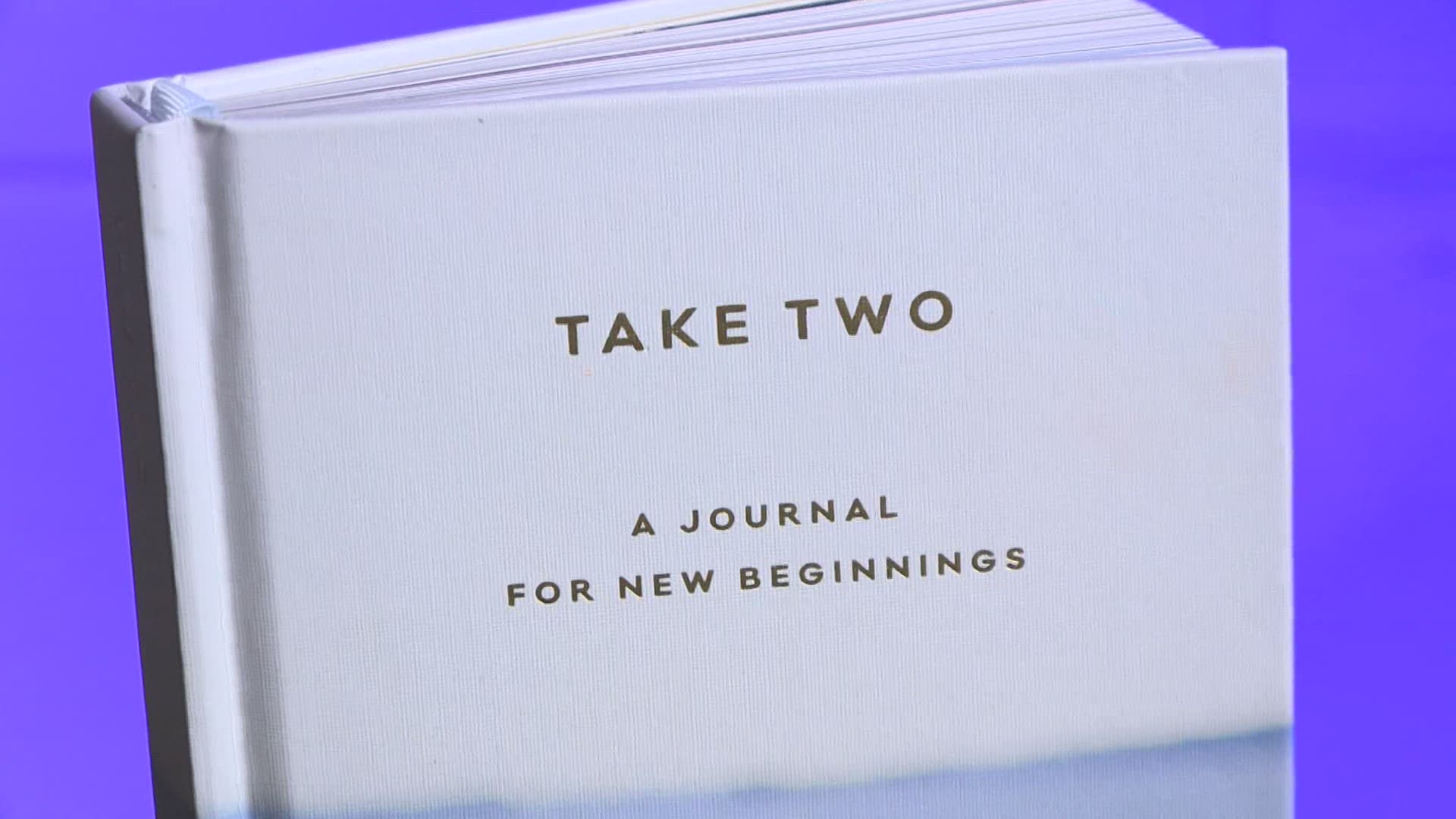 YARMOUTH, Maine — Here on 207, we often share interviews with authors; we talk about the books they've written about Maine or characters inspired by Mainers. This interview is a little different because these authors never expected to be authors.

"We used to meet for coffee, all three of us. We all have children the same ages so we would drop the kids off at school and meet for a quick coffee before our days began," says Ellen Watson. Despite having different backgrounds and hobbies, she; Kari Herer; and Kate Simpson share a few things in common; they all live in Yarmouth; they're all moms; and they were all trying to piece together the next chapter in their lives.

"We were all getting divorced right around the same time, so we were spending a lot of time together as friends and sharing 'what worked for me this week;' sharing support," Watson says.

The next chapter for the friends happened to be a book. Not just any book about struggles; but an interactive journal that could help anyone starting at square one learn how to find themselves again: Take Two.

"I had taken this online free class through U.C. Berkeley called 'The Science of Happiness,' and in it learned about the concept of neuroplasticity; which is that we used to have the idea that our brains sort of stopped growing at a certain time. What's now been discovered is that you can actually re-wire it in certain ways for greater contentment so your set point is higher than it was before," Simpson explains.

"So the journal really was something that was accessible," says Simpson, "because when you're writing about something it's a way of internalizing some think that you're something like a new idea."

Right up front in the book, the ladies explain, "We are not therapists. We are women who have encountered of the trials of the living, breathing human condition." They are not experts, but say they've learned a lot over the years; and if it's helpful to others - even better.

RELATED: Juggling parenting, work and a pandemic not getting easier

Watson had a background in writing and marketing; Herer had the camera and ability to take beautiful and calming photos; Simpson had the plan.

"For me it was absolutely mindfulness," says Simpson. I still try to meditate every day, and what I've realized is that these practices are really like exercise - is really the only analogy I can think of, which is you can't read about exercise one or two times or even try it one or two times and expect to feel better - it's really something that you have to make a regular commitment to. So that meditation practice allows me to create some space for my thoughts and start to recognize thought patterns that maybe don't always serve me as well; don't maybe lead me in directions I wanna go in my life; in my relationships; in my career."

"It's funny, I grew up with a mother who is a writer, she's published a couple of books," Watson adds. "My brother was a journalist, and I just grew up writing in a diary as a little girl; in a journal as a teenager and through my 20s; then when I had my kids I completely stopped. I don't think I wrote down anything about my feelings for years. So I tend to write in a journal to process things that are good and bad so that was the most important piece for me."

"The practice of writing, it slows you down a little bit," says Herer. "You're forced to think and take some time to make the decisions that are right for you or for your family and it kind of mimics the practice of photography and in a way, I tried to use that while creating the photos for the journal."

The 'Take Two' journal took a few years for these three to piece together with publisher, Chronicle Books; which was all part of the journey of healing for these three Maine friends.

✨The journal we all need right now.✨ Move from surviving to thriving. This research-backed guided journal is an uplifting roadmap for anyone dealing with a difficult life change. https://t.co/LJVCe4Jumn pic.twitter.com/BPSoZFnqvc

"One of the best things for me about this whole process was being able to get together with your friends... Half the time we were talking about the journal and the other half of the time we were talking about our kids, our struggles, or what classes to sign them up for or college essays," says Herer. "So I just wanted to say how grateful I've been and what a great project it's been to work with two women that are in the same kind of position you are."

To learn more about "Take Two: A Journal For New Beginnings," and the online course available with it; click here.