It started with an afterschool fantasy gaming club at Rowe Elementary School; now Mike Best is taking the creativity to a larger scale. 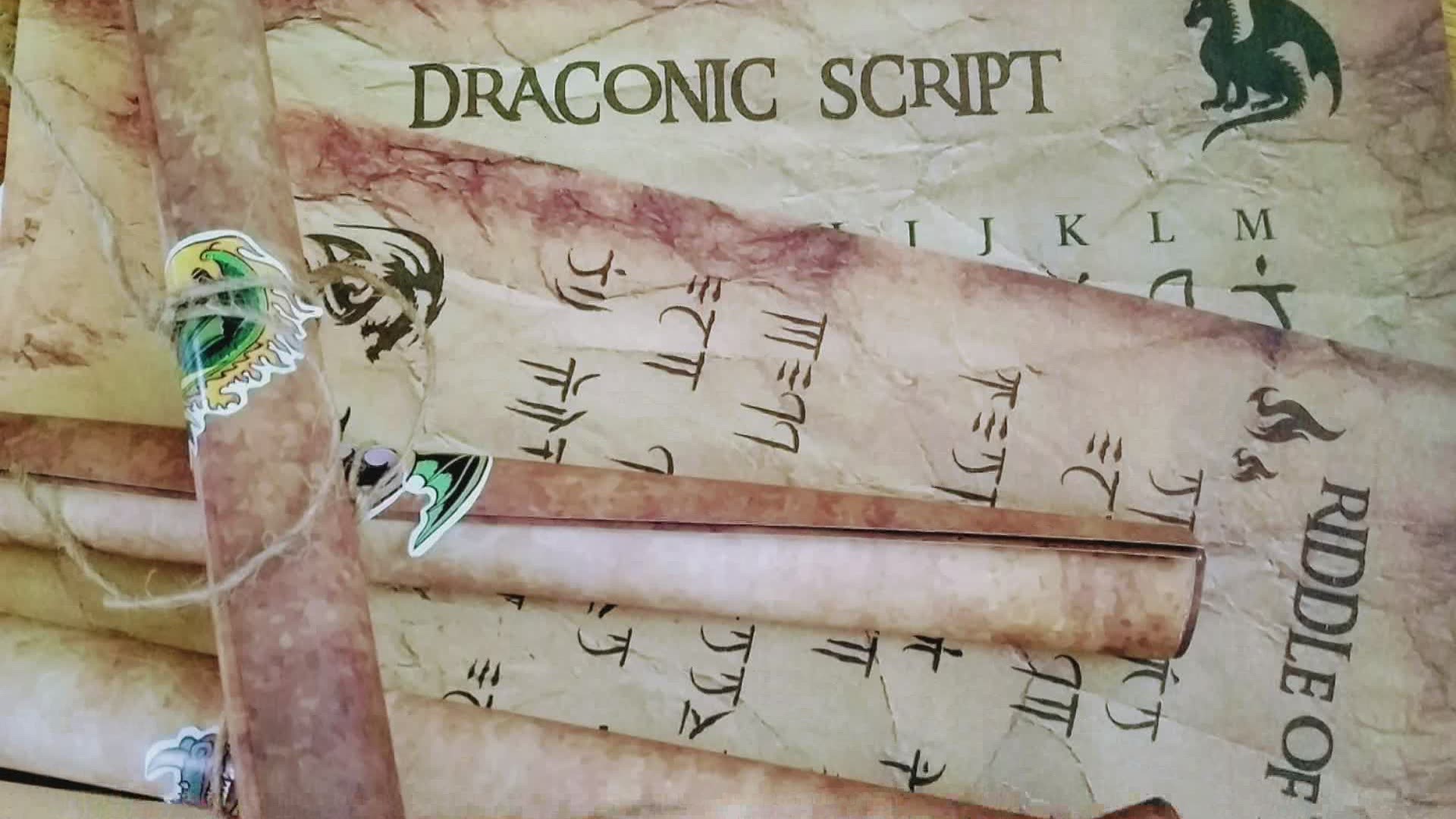 PORTLAND, Maine — Imagination is one of the best aspects of being a kid. As a father, husband, and self-proclaimed nerd, Mike Best wanted to help inspire some of that imagination and started an afterschool club at his daughters' Portland elementary school.

As so many of these stories go, the pandemic put an end to gatherings, but this was a club for creativity so you can bet they got creative.

"I’ve been interested in gaming, fantasy adventure, Lord of The Rings, Dungeons and Dragons, and all of that stuff for as long as I can remember. Probably since I was 12 or 13 years old," said Best. "I know a lot of people who are really into that, so I thought it would be really cool to start an afterschool club where people could just show up and we focused on the fantasy genre and we sang songs and we did crafts every day."

In 2018, the club was formed and it seemed to expand with each passing day, pulling in more parent volunteers to help with the group of kids ranging from kindergarten to the fifth grade.

"The older kids want to sit in a corner and play Dungeons and Dragons and kind of hang out and chitchat," Best explained. "Then you have the younger kids that want to like craft and hoot and holler and sing songs, so it’s funny. By the time we did our second year, we had to split it into two rooms so the older kids could have their little sanctuary."

The club was a game-changer. Best's wife, Maureen, said parents started telling them that their children looked forward to going to school for the first time in their lives and that some had been invited to their very first play dates or birthday parties. These kids were forming friendships.

"When I was a kid there was never anything like this: a club where kids could hang out they could dress up in cosplay, play Dungeons and Dragons and talk about unicorns and fairies and dragons," Best said. "So it’s been very rewarding to hear from parents who say, 'Oh man, why wasn’t there something like this around when I was a kid? That would’ve been so awesome.'"

"First and foremost we want to encourage kids to work together and be friendly with each other," Best said about the club. "To choose friendship. To choose fair play. Just to make friends. When I was younger and these were my interests. It was hard to meet people of similar interests."

When school went remote and afterschool activities were dropped, Best was determined to continue providing a safe and imaginative space for these kids.

"We took a lot of the crafting activities we did in the club -- because in each session we had one special crafting activity that all the kids did -- we put it together in a box set with an adventure, a story arc, and so we just started bringing them around to our friends and some of the kids in the club just to give them an outlet while they’re all stuck at home," Best explained. The Crafty Quest Boxes were a hit, which gave him another idea.

"We thought well geez we’re gonna have to make this legit if we want more kids to have this so we started a business," said Best. That business is Kids Arcanum.  Best and some of the parent volunteers have teamed up with local artist Bruce Tracy to build bigger and better Crafty Quest Boxes that come equipped with storybooks and craft instructions and tools.

"They make a character and they go on a quest," Best explained. "There’s a series of tasks that they complete. Each task is a crafting activity where they will paint a magic wand, make potions, disguise themselves as unicorns, make scrolls ... all sorts of stuff. At the end they complete the five tasks and hooray, they are the winners and they save the realm!"

You can purchase the boxes online at: https://www.kidsarcanum.com/