Actors who can't be on stage, improvise

Balderdash Academy is an online game show with Maine actors, and a special guest star. 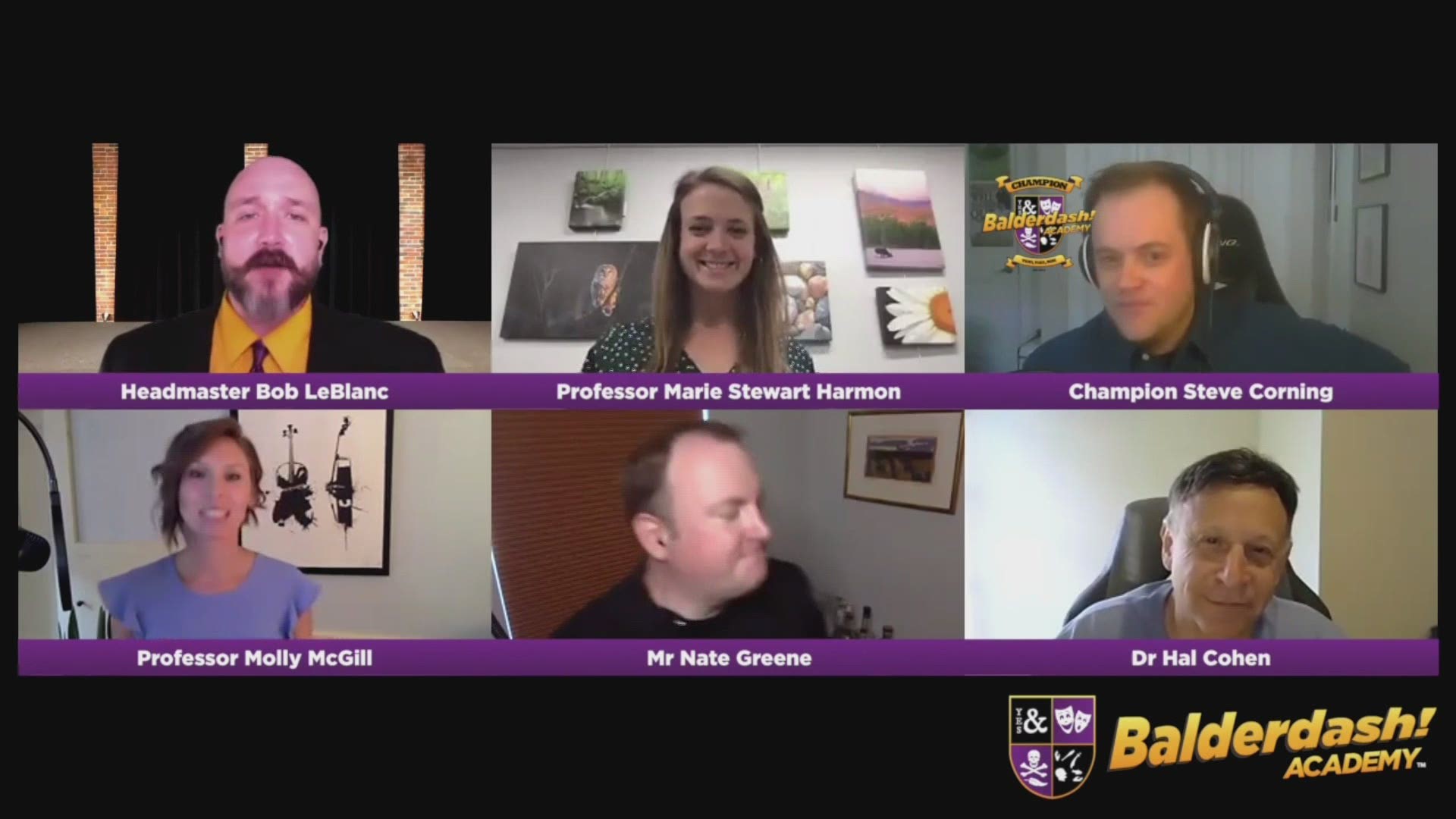 PORTLAND, Maine — Many people have been looking for new shows, books, or games as an escape from the a constant barrage of news about politics or COVID-19. A group of actors in Maine is hoping to help.

They were performers without a stage - one they found instead, online - and since they couldn't meet in person, they had to improvise. Bob LeBlanc and Steve Corning came up with the original idea for Balderdash Academy; an improv group. "Steve and I have been performing together for almost a decade," says LeBlanc. "We were looking for a new improv troupe and one of the names we came up with was Balderdash Academy; and we just put it aside because in the next month we were cast in the Chamber of Comedy at Maine Repertory Theater."

Then COVID-19 hit the country, and theaters closed down. The troupe tried improv through Zoom, but with delays it didn't work out so well. Then, an idea for a virtual game show came, complete with a special guest star each episode.

The cast members represent Balderdash Academy faculty members, each bringing their own specialties to the show. "Molly McGill is a copy writer professionally," LeBlanc explains. "She chose English Language Arts. She does things like 'Word of the Day,' and 'Quote.'"

"Our friend Nate Green, his title is professor of STEAM: science, technology, engineering, arts, and math; and that’s what his topics focus around. Marie runs Lisa Marie’s Made in Maine out of Portland and Bath, so everything that she does is focused on home economics and wellness. I am the headmaster, so I’m the host."

Each episode is 90 minutes, which includes a variety of games and an interview with the special guest host. All of it is meant to be just a fun way to pass some time; but designed in a way that it can eventually be brought to the stage when things get a little more normal for the actors. "We are entertainers, first and foremost, it’s what we do, and one of the big takeaways from being an entertainer is that you are essential," says LeBlanc. "We are here to help people escape just a little bit during the day."

You can watch Balderdash Academy on YouTube, or listen through its podcast. The actors have received some donations through the show from people who admit they love a good laugh. For more information, click here.

RELATED: From patio cabaret to indoor seating; guests are coming back for theater