'A Convenient Soldier: The Black Guards of Maine'

African American soldiers were dispatched to Maine between 1941-1945 to guard our bridges and railroads, at a time when racial tensions were high. 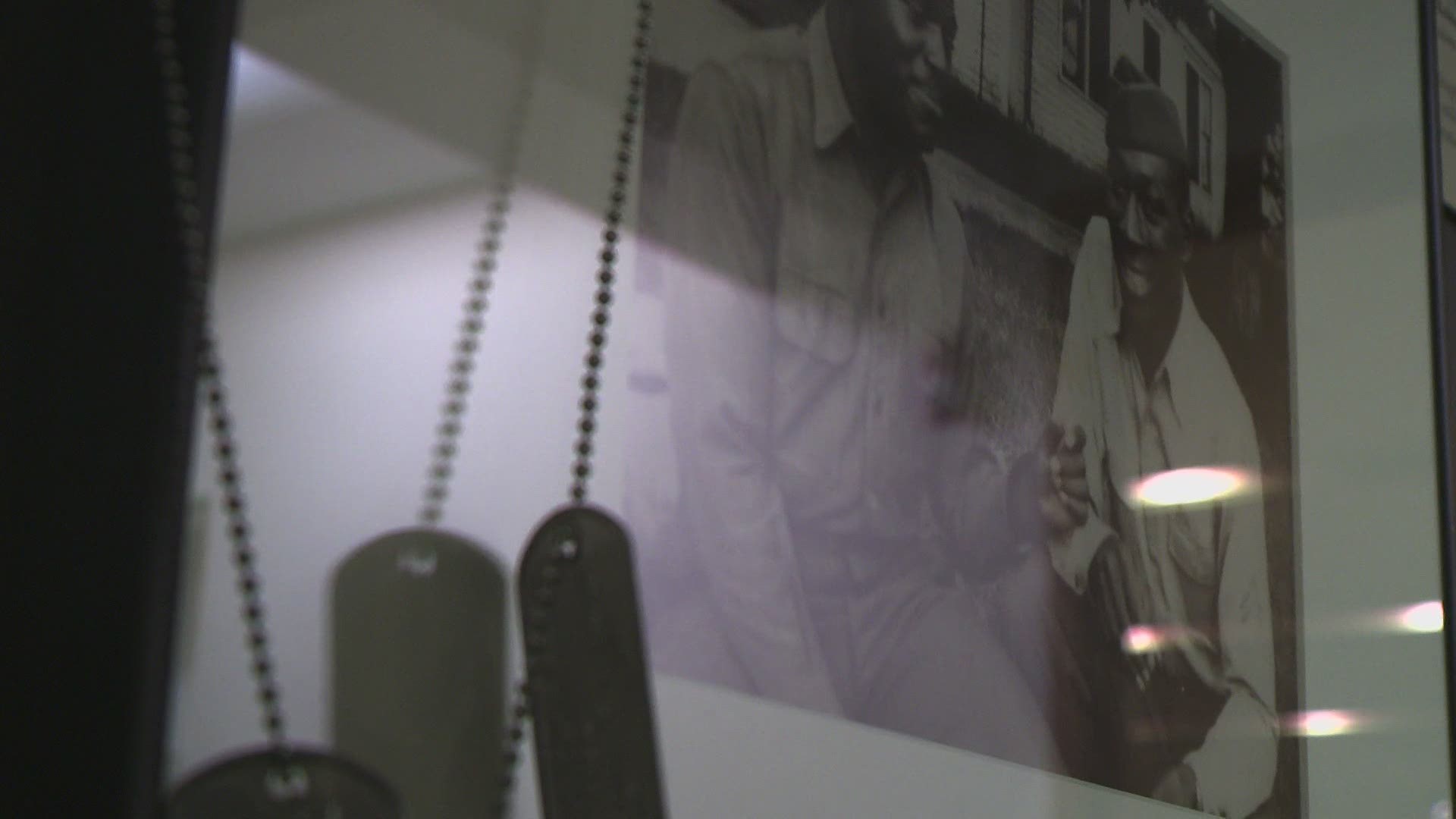 A new exhibition at the Maine Historical Society takes a unique look at Maine during World War II; specifically a group of soldiers sent here to guard our railroads and bridges.

"A Convenient Soldier: The Black Guards of Maine" focuses on a group of African American soldiers who stood watch for us and our property, while experiencing racial discrimination and segregation.

The exhibition was pieced together by artist, Asata Radcliffe. "It wasn’t meant to be a project, it was kind of his personal thing," Radcliffe says. "I wanted to know more about them. They were sent here, they had to be here, so I can’t imagine what it was like for them to be in this forced situation to defend your country and protect the citizens of Maine and then some people welcome to them, but mostly they had to deal with the racism of their time."

The exhibition calls on interviews; including with a family in North Yarmouth that took in some of those guards - feeding them and giving them shelter. Not everyone was welcoming, says Radcliffe, "For example, Old Town, Maine where the men were not welcome. The editor of the newspaper in Old Town, I think it’s in 1942, the editor of the newspaper wanted to - and a lot of white people in the town did not want black soldiers in their town, so there are stories like that."

The exhibition runs for a limited time in the Showcase Gallery in Portland's Maine Historical Society.

RELATED: VERIFY: Why Abraham Lincoln chose not to appoint a Supreme Court justice during 1864 election