You’ve watched the runners at the Beach to Beacon; meet one of the doctors who takes care of them

From collisions to collapses, the volunteer medical team has seen it all. 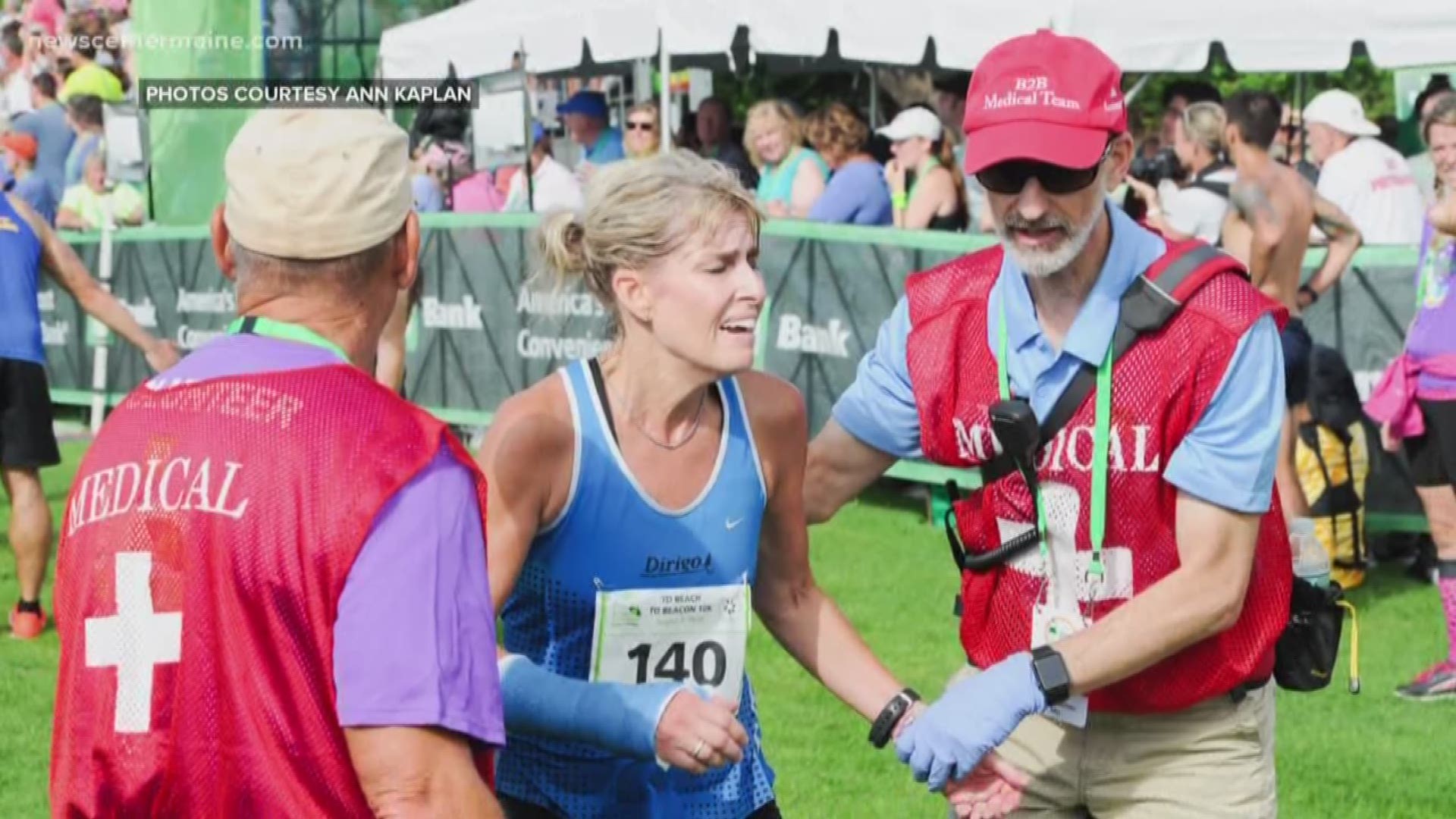 CAPE ELIZABETH, Maine — There are more than 6,000 stories at the annual TD Beach to Beacon 10K race in Cape Elizabeth, one for every runner in the field. Here’s a story you’ve probably never heard.

“A couple of years ago we had a [runner] at Pond Cove who thought that the police were chasing him. And so he dashed into the woods,” recalls Dr. Mylan Cohen, the medical co-director of the race. “In fact, there were a number of people who were very concerned about him because he wasn’t acting quite right.”

That’s the kind of episode handled by the volunteers who staff the medical tent on race day. It’s a big team, more than 180 in all this year, made up of doctors, nurses, EMTs, athletic trainers, physical therapists and more. They treat runners who get sick or injured or just plain exhausted. When a competitor collapses at the finish line, members of the medical team spring into action, just as they do when a runner overheats on the course or a wheelchair racer takes a spill. And they are true volunteers—they don’t make a dime for their efforts.

For the runners, the biggest threat on race day comes from high temperatures and humidity. It was heat that got to the guy who thought the cops were after him. “Fortunately, he eventually came out of the woods,” Dr. Cohen says, “because he had a core temperature of about 107 degrees. We have a medical team at Pond Cove. They were able to immediately respond, get him into ice water, and probably save his life.”

Having volunteered at the Beach to Beacon for 21 years, Dr. Cohen has pretty much seen it all. If the weather is oppressively hot the morning of the race, runners would be wise to heed his advice: “Make that a day when you’re not going for your personal best.”