"The gulf of Maine is warming faster than 99% of the rest of the world's oceans," says Dr. Charles Tilburg, a researcher and professor at UNE. 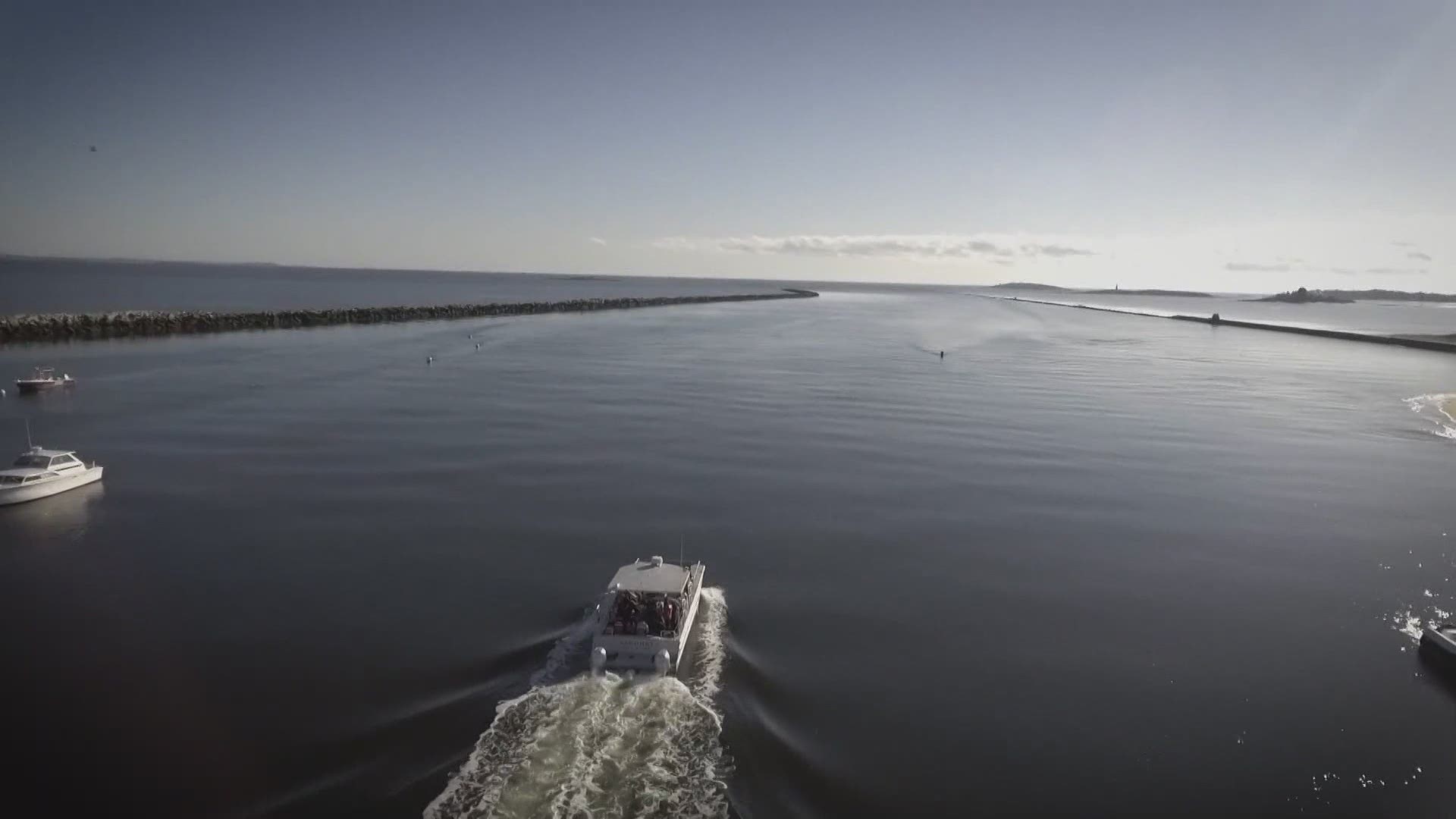 BIDDEFORD, Maine — A new documentary highlights some stark changes happening along our coastline: "Reckoning with Climate Change in the Gulf of Maine" will air on Maine Public Television this week. The documentary was created by the University of New England; with input from researchers in various parts of the state, and work from three NEWS CENTER Maine alums who carry a combined six decades of experience in television journalism.

"I was in my office sort of just doing my work one day and across the hall Dan Lambert, who is our videographer, producer, director of all of our videos came into my office and said, 'Sarah I wanna show you something.' So I go in and he plays this trailer that he has made for a film that doesn't exist about climate change in the gulf of Maine," says Sarah Delage, the Director of Public Relations and Communications for UNE. "He goes, 'We need to make a documentary.'"

When Delage left the world of news five years ago to join the marketing staff at UNE, she knew she still wanted to help tell stories. Most of those stories come through press releases, but this documentary was a chance to let the research speak for itself. Delage quickly pulled in UNE colleague, and former NEWS CENTER Maine journalist, Chris Rose.

"I thought: we got the experts here; the people doing research, the professors the scientists, they've got a different niche or angle in climate change," says Rose, who was on board with the documentary idea. "I really didn't want it to just be a UNE promotional thing, so we brought in people from the outside. Rick Wahle was gracious enough to take part; he's one of the leading experts on lobster in the state with the University of Maine Lobster Institute. We have Peter Slovinsky, who's with the Maine and U.S. Geological Survey, he's an expert on sea level rise and flooding; and we got Dan Chadbourne who was kind of like an old salt, regular guy, he's a lobsterman who's been doing it for years; his dad was a lobsterman, and he's the Saco Harbormaster."

Documentary: Reckoning With Climate Change in the Gulf of Maine

ANNOUNCING official broadcast of a documentary produced by the University of New England featuring Maine scientists grappling with the significant expansion of the warming of the Gulf of Maine. The Gulf of Maine is warming faster than 99% of the world's oceans, making it the perfect microcosm for scientists studying the effects of climate change. Reckoning With Climate Change in the Gulf of Maine, a documentary produced by the University of New England, features Maine scientists grappling with impacts of climate change and what their role is in advocating for change. 📽 ➡️ Climate Change Documentary to premiere on July 9 at 9 p.m. and July 11 at 2 p.m. on Maine Public

Posted by University of New England on Monday, June 29, 2020

"We told a story that I couldn't as a scientist do, and I don't think the documentary makers by themselves could have done," says Dr. Charles Tilburg, a researcher and professor with the University of New England. Tilburg has been studying climate change since the 1990's. As the science evolves, so does the urgency to get the information out to the public.

The marketing team had the scientists, the research, the videographers, and the journalists, but who would be the voice to strike the right tone? That yes, this is a problem for Maine, but there is hope. "I always thought it had to be a woman's voice, and I could do it and I did it initially just to help with editing purposes, but I always thought something was missing," says Delage. "Then something just hit me: it's Susan. It has to be Susan Kimball."

"Obviously it speaks well to the University, in the expertise that you're going to learn from if you go to school here; but there's also a responsibility there right? As an educational institution, with all of this expertise, to take a stand on something and say, this is a huge problem. It is not going away, and if we don't do something about it, what kind of world are we leaving for people?" asks Delage; which is why UNE is making the documentary available to high schools and colleges in Maine, hoping to inspire some change in those inheriting the planet.

"Everyone we talked to, from the scientists to the professors who work with students said, "I do hold out hope that this generation - they are the most connected, they are the most involved that we've seen in years, and they are going to figure this out with the help of us," says Rose.

The documentary airs Thursday, July 9th at 9 PM on Maine Public Television, then again Saturday at 2 PM. To learn more about the documentary, click here.

RELATED: How the discovery of a lost Navy ship rewrote a chapter of Maine history