Donato Tramuto and Jeff Porter began the Tramuto Foundation after losing their friends in the 9/11 attacks. For 20 years, the foundation has helped Maine students. 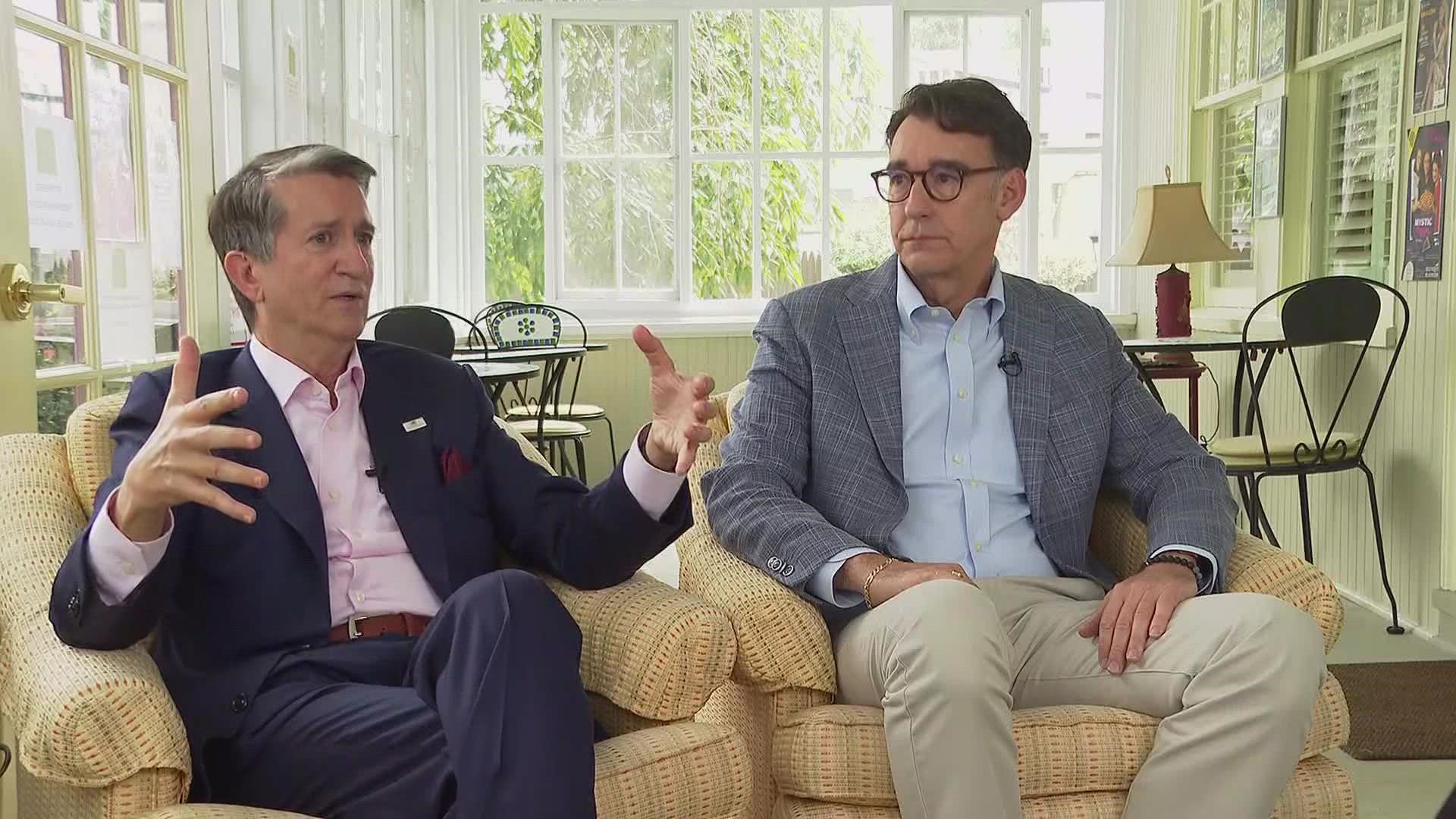 OGUNQUIT, Maine — It has been 20 years since four commercial planes were hijacked and nearly 3,000 people were killed on September 11th, 2001. The anniversary is especially painful for entrepreneurs and Ogunquit Inn owners Donato Tramuto and Jeff Porter.

Tramuto had a ticket for United Airlines Flight 175, the second plane that crashed into the World Trade Center towers. He changed his travel plans because of a toothache, but two of his best friends and their child were on the flight. The overwhelming sense of grief he was left with changed his life and set the course for a new journey for hundreds of others in his path.

"At the time I had started my first company in Los Angeles and I was taking that flight every Tuesday, faithfully. I would come back Friday, stay the weekend with Jeff, and then I wouldn’t go out on Monday because it shortened the weekend, I would go out on Tuesday," Tramuto explains.

"Our friends happened to be here in Ogunquit three weeks before that weekend but they were only here for a few hours, and I looked at them and said, 'This isn’t fair. You have to come back,' and we chose the weekend of September 8," Tramuto remembers. "We had a wonderful dinner party at our home and if you recall it was just an awesome New England weekend, and I don’t know why I did this but I raised our glasses that night and I said, 'Let’s toast to a wonderful evening. It will never get better than this.' Little did I know, it never has."

Tramuto and Porter's friends Ronald Gamboa and Daniel Brandhorst boarded flight 175 to California with their son David, while Tramuto changed his flight to make a last minute dental appointment for a toothache. It wasn't until he landed in Los Angeles, that Tramuto found out what had happened to the airplane his friends were on.

Through their grief, Tramuto and Porter began the Tramuto Foundation. The mission was simple: to support those looking to make positive change in the world. It was the most meaningful way the two thought they could try to honor their friends.

"Here you had David, I had played with that little boy hours before he lost his life. He was just an amazing young kid full of life," Tramuto explains. "So we wanted to help children with disabilities. I had lost my hearing at age 8 and for 10 years I had limited to no hearing, so I wanted to tie in sort of the focus on children to remember little David with something that would be unique as well."

"The students that we’ve helped, many of them have overcome life challenges and you would think that that would be something that would deter them or make them angry, and for the most part the people that we’ve helped - they wouldn’t be who they are without those stories," says Porter. "So it’s not like they regret anything they’ve been through, but it’s something that’s made them who they are."

Just a few years ago, another shift for the Tramuto Foundation, which then began supporting organizations all around the world, including two in Maine.

"We’ve helped out more than 100 organizations. We have funded, through a seven-figure grant, we have funded the Robert F. Kennedy Workplace Dignity program," Tramuto says. "Sixty-million Americans have been bullied in the workforce and we have been the first now to step up and launch a program to help employers understand that 2/3 of those who’ve been bullied are women."

"Here in the state of Maine at Saint Joseph’s [College] we’ve launched the Integrative Aging program where we are funding this opportunity to bring young kids and older people together. We launched last year the Ogunquit Playhouse Human Rights program. Globally we have reduced infant maternal mortality in a small village in Lwala," says Tramuto about a list of change that continues to grow.

While September 11, 2001 is still a difficult anniversary for Tramuto and Porter, it's also the start of a major movement through their foundation: twenty years of making positive change for many students who know that day only through photos.

"When I came back on September 14, remember the airspace had been shut down and I now was in L.A. and I wanted to just get back and I couldn’t, but when I arrived in Boston, United Airlines knew I was on the flight coming back and they had more than 100 people there to greet me," says Tramuto. "What struck me was nobody cared whether I was Republican or Democrat. Nobody cared whether I was white or black. There was so much compassion then. The way they embraced me was something I will never forget and it really did help me to heal."

"Perhaps maybe that’s the message we all can take," Tramuto says. "How do we get compassion back in the same way that we had it the hours and days and the months and the few years after 9/11, 2001?"

In honor of twenty years of service, the Tramuto Foundation is hosting an anniversary gala on Saturday, September 11th.

Donato Tramuto will soon be releasing his second book on compassionate leadership, The Double Bottom Line. To preorder, click here.