The film was shot in western Maine, using parts of downtown Rumford, and will be released as, "Blood and Money." 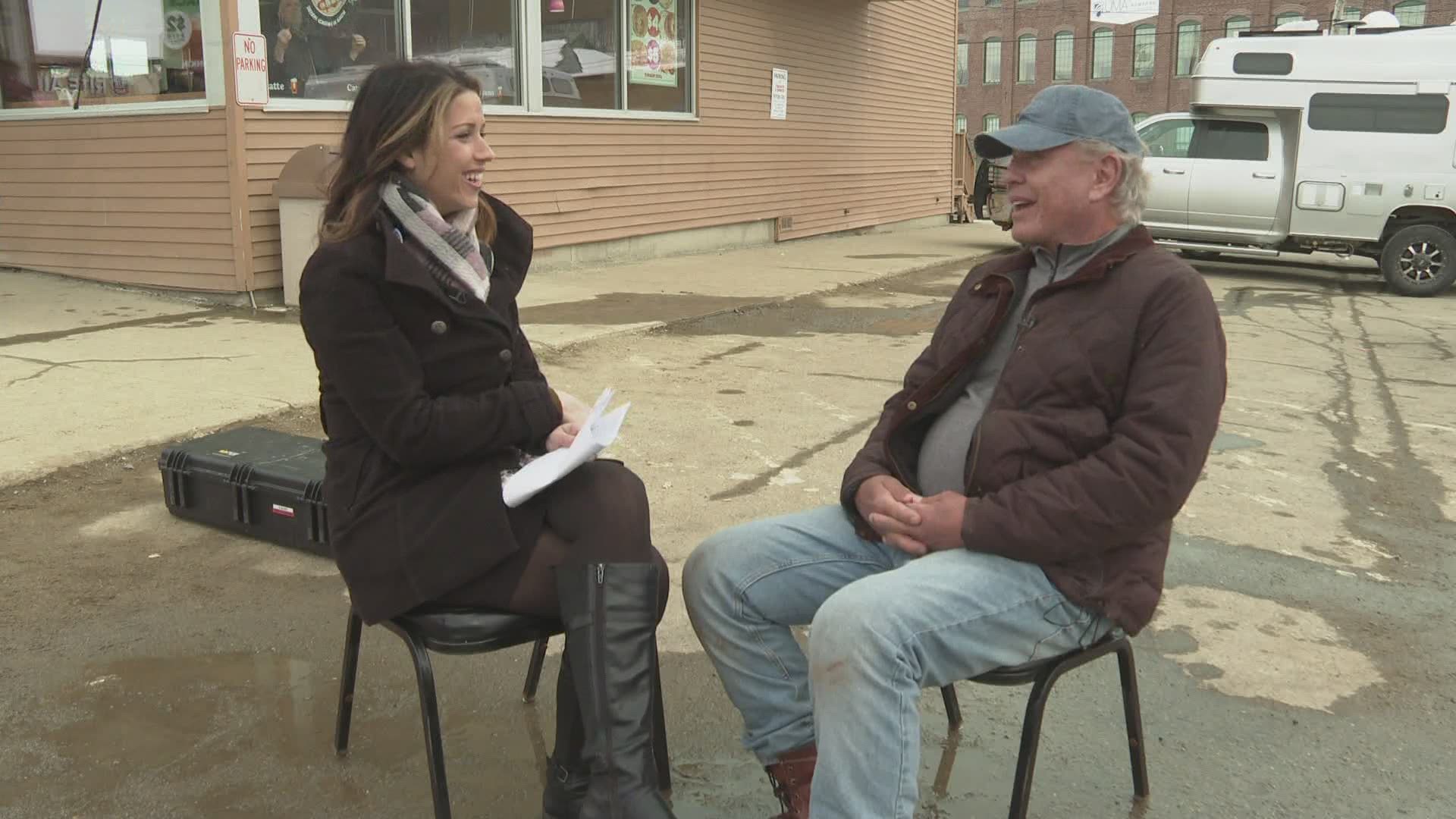 RUMFORD, Maine — We were in Rumford one year ago on the set of a film that, at the time, producers were calling, "Allagash." It's now ready for release with a new name, "Blood and Money." The film stars actor, Tom Berenger, whose character lives out of an RV and hunts the woods of Maine.

While hunting, Berenger's character finds a body and a stack of cash. Now, people are coming for that cash - and for him.

It was easy to see the cold weather was a change of pace for a lot of the crew members who live in California, but setting the film in Maine was important, especially to its writer, John Barr, who grew up in Maine. "I have memories of when I was younger with my dad and his brother and my cousin," says Barr. "We used to go up [to the Allagash] for a couple of weeks every summer and just get lost and explore."

RELATED: From journalism to acting, what led Tom Berenger into Hollywood?

Berenger's character is loosely based on Barr's father, who still spends a lot of time camping, hunting, and fishing in the Allagash. Barr is not only the writer, he's the cinematographer for this small film; he and his producers Suza Horvat and Jeff Stearns wanted to keep the set as authentic as possible, but when scouting locations for the movie, realized a crew that far north into the woods just wasn't feasible. Instead, scenes are set in Bridgton or Rumford, meant to look like downtown Presque Isle.

If all goes well, the producers are hoping to make a trip back for the Maine Film Festival in July. "Blood and Money" is set to be released in May.