Biologists in Maine, New Hampshire, and Vermont have teamed up to study moose populations over 5-7 years. What have they learned? 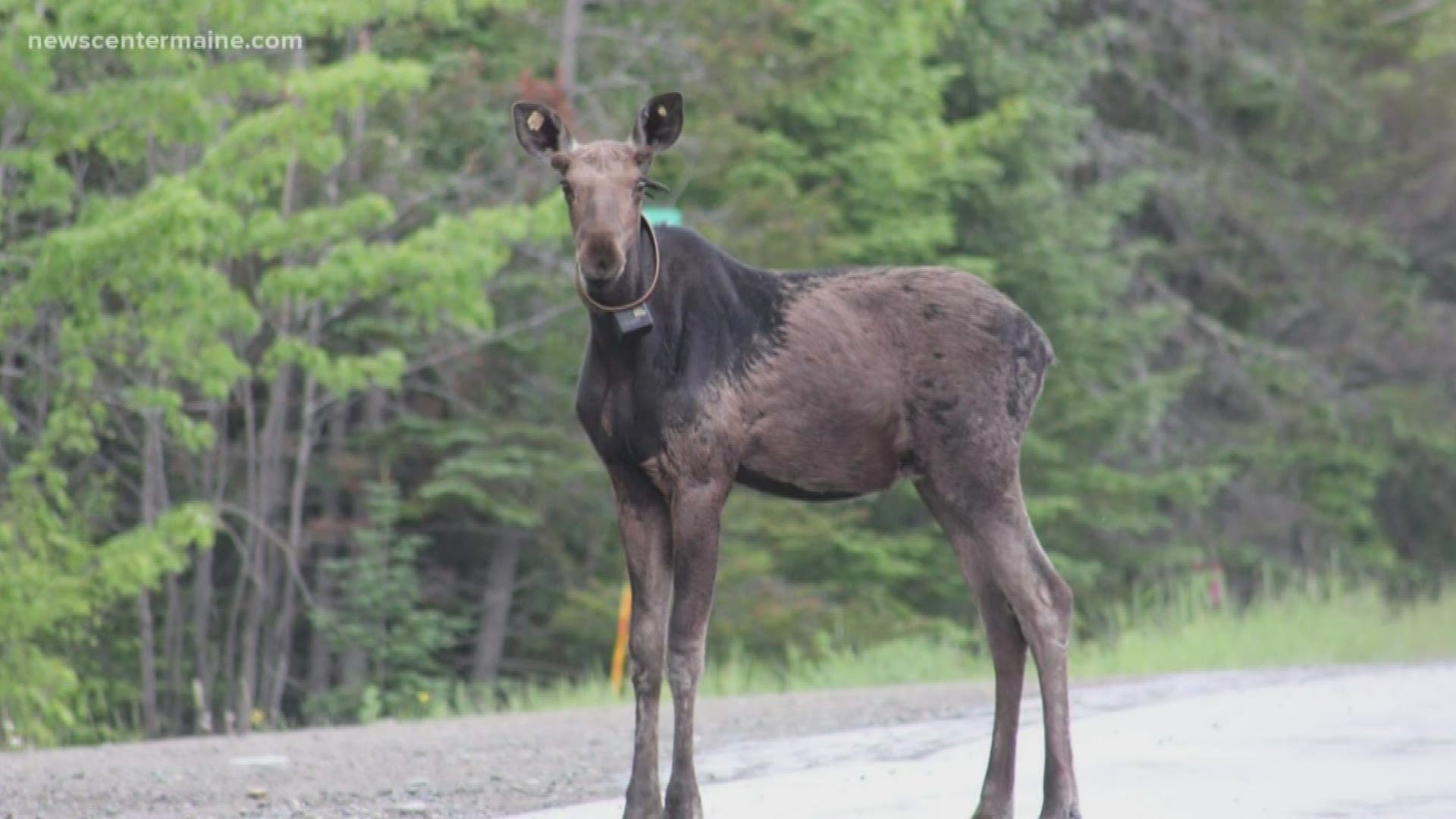 BANGOR, Maine — Maine, New Hampshire, and Vermont are wrapping up a major collaboration this spring to study moose populations. The study began in 2014 in western Maine and spread into northern Maine in 2016.

At the start of winter, teams fly over moose to capture them just long enough to place a GPS collar on them, which allows biologists to study their patterns. When a collar detects a moose hasn't moved in the last six hours, biologists get a text alert that the animal has likely perished. They track the moose, and perform their research; to learn more about fluctuating populations of our moose; what makes them thrive; and what has killed off large quantities.

At times, the results have been surprising. Maine's moose biologist, Lee Kantar says, "five of those six years, we had more than half of our collared calves die from winter ticks."

"What we've seen in the last seven years of our study is the winter tick, what it does to a calf... they are born in May, the come to their first winter and then with the onslaught of ticks in March and April, that kills the calf," says Kantar, who explains that 60-90,000 ticks are found on these massive animals - each one draining a milliliter of blood. "They are losing so much blood from being fed on by the ticks that a moose cannot replace that blood fast enough."

Part of the problem, Kantar says, traces back to a changing climate, "What needs to happen to kill those ticks is winter needs to come either normal, or early and it has not been coming that early. We need snow to come in and coat that shrub and the contact of having that cold on those ticks will kill those ticks and then they can't get on the moose. But when it's October 30th and it's 65 degrees outside in northern Maine, that ain't happening... we've had temperatures in November where it's like 60-70 degrees in Caribou, Maine."

While many suggestions have been tossed out, Kantar says their options for killing the ticks are limited. A complete spray of northern Maine would kill everything, not just ticks; putting a tick pesticide on moose in Canada didn't work; and Kantar says it's just not feasible. What could work, he says, seems counter-intuitive - extending the moose hunt in a very small area, "to actually manipulate that population and bring that population even lower to try and break the tick cycle."

To learn more about Maine moose and their habits, click here.