The story behind "Ballad of the 20th Maine"

"Ballad of the 20th Maine" by The Ghost of Paul Revere has been designated the state ballad by Governor Janet Mills. 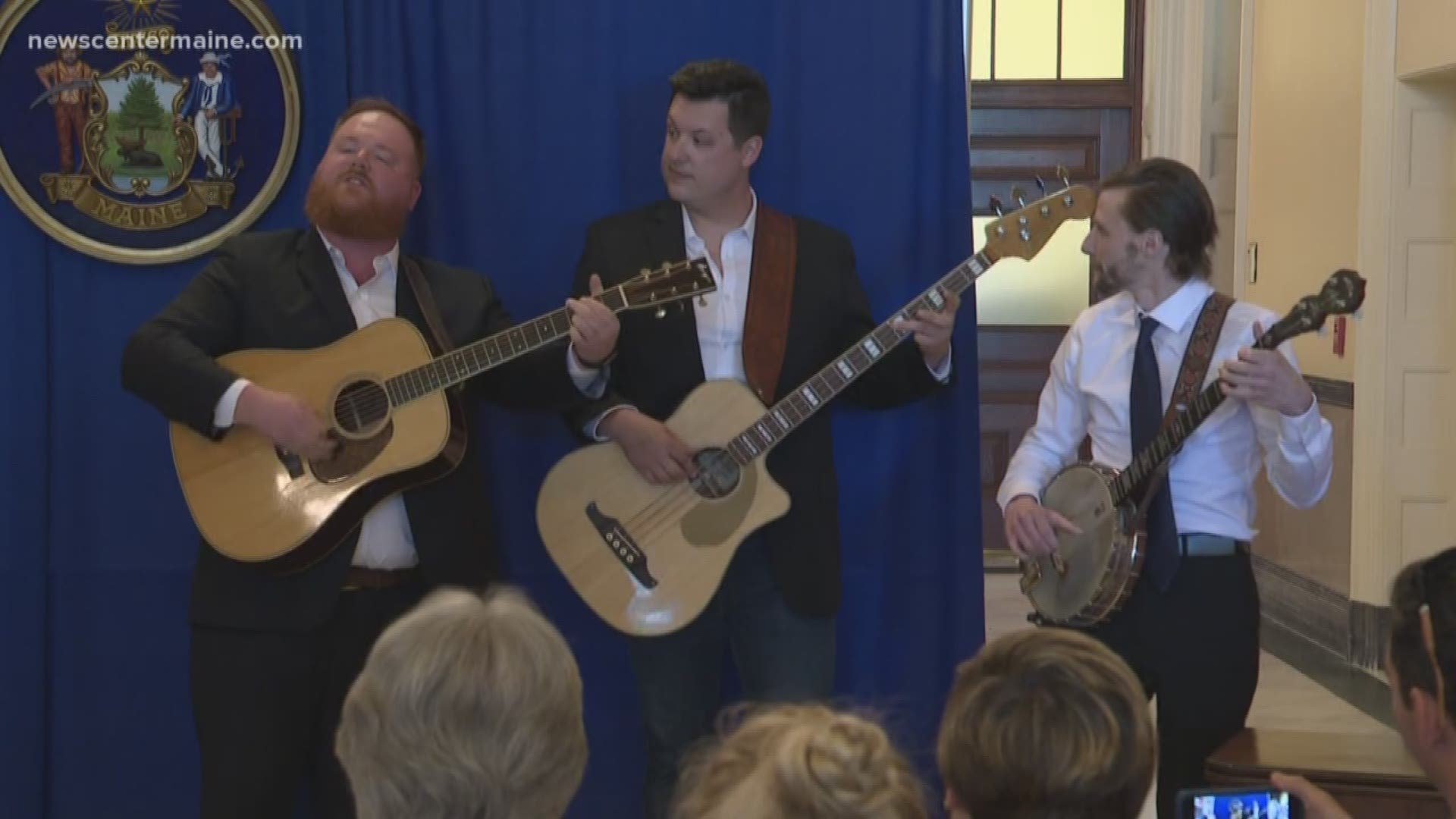 AUGUSTA, Maine — The state of Maine officially has a ballad; it was designated by Governor Janet Mills on Friday. The Ghost of Paul Revere performed their song, "Ballad of the 20th Maine" at the State House.

The song was written by front man Griffin Sherry and is about the 20th Maine Regiment's role in winning the Battle of Gettysburg.

My name is Andrew Tozier, I'm a child of Litchfield, Maine

And I left my only family for the sea, the salt, and rain

And when Lincoln called the banners in 1861

We were baptized by fire in the battle of Bull Run

And we fought our southern brothers in the wind, the snow, and sun

And when our time was over I heard the governor say

"Keep fighting for the union for just another day"

So we joined the lion of Bowdoin, Chamberlain his name

If we should die today, then dream a dream of heaven

Take your northern hearts with you to the grave

Be proud and true you are a union soldier

Stand fast, ye are the boys of Maine

Well, our western flank, it was missing

As the confederates, they pushed on

And I fought them tooth and nail

Our ammunition all but gone

And alone I stood with colors

I was Flying proud and true

For to let my northern brothers know

The battle was not through