The many benefits of yoga with puppies

The Animal Refuge League of Greater Portland raised around $12,000 last year hosting puppy and kitten yoga classes once a month. 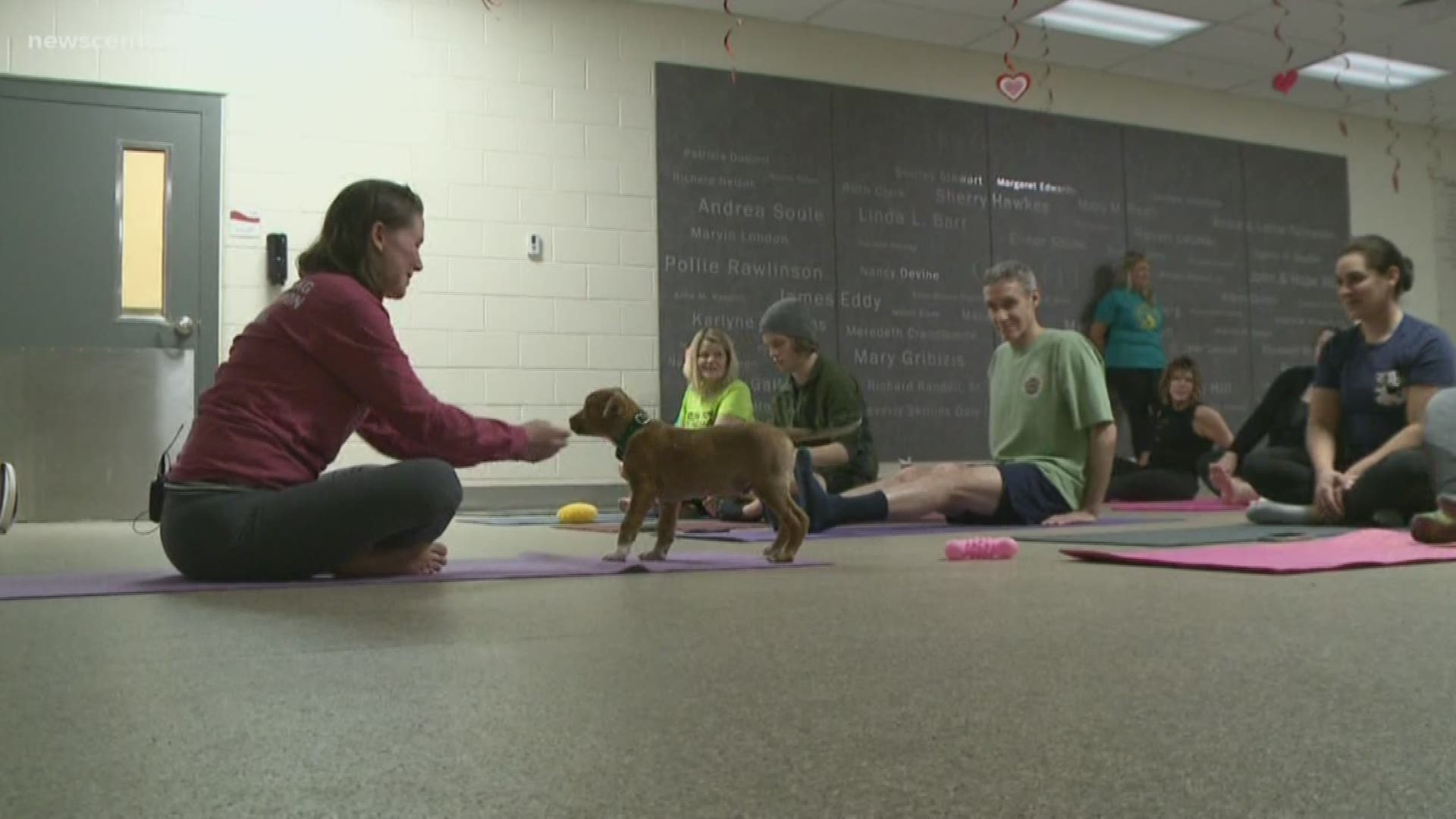 WESTBROOK, Maine — There are people all around the state waiting to get into a hot new yoga class... yoga with puppies or kittens. Once or twice, the Animal Refuge League of Greater Portland hosts the "workout" classes and at $25 a person, they sell out quickly.

"First year we did it we just did kitten yoga because puppies can be messy and we thought people might not want to yoga in the mess puppies make, but we took a risk one time and it sold out so quickly now we do it once or twice a month," says Jeana Roth, the director of community engagement for the ARLGP.

The 207 team gave a February class a try, and we have to hand it to instructor Lindsay Porto - who spent 45 minutes walking the class of nearly 30 people through yoga poses to help them stretch and work out the kinks of the day - because at any given time, only around 10% of the class was paying attention.

"We can yoga; we don't have to - we can just play with puppies for an hour," Porto says at the start of the class. She's been teaching yoga for 2 1/2 years, but it's safe to say these are some of her favorite classes. "Yoga is obviously really good for stress relief; it's something we use to help quiet down the brain which allows us to quiet down the body," says Porto, which seems counter-intuitive here, because honestly the room isn't quiet.

"Ironically I think it helps us," says Porto about the distracting puppies tearing through the room, biting each other and bumping into yogis. "In real life we have a lot of distractions around us so if you can practice something like meditation or yoga alone, you have the time and space to focus on just that, but the reality is often were filled with distractions in the real world so I think having the practice of those things around us enables you to find a quiet space among all the chaos."

The good news - and bad news - is that there is never a shortage of puppies who need attention and forever homes at ARLGP, where there are new rescues coming in a few times every week from all over the country.

"Anytime we can talk to people about the work that we do it's really important, and the people who come to puppy yoga might not be connected to us in any other way. They might not have adopted they might not be supporters so just getting them into see what we do through puppy yoga is really awesome," says Roth, who says plenty of yogis have come back on a Saturday to adopt one of the puppies they met at yoga class. Even without the adoptions, each class is raising good money to help support the work being done to save the animals.

Follow the ARLGP on its social media pages for updates on new class times.