Sewing masks to help community; and the world

Annabelle Wainman was 7-years-old when she learned how to sew; making dresses for women in developing countries. Now she's sewing masks to help even more people. 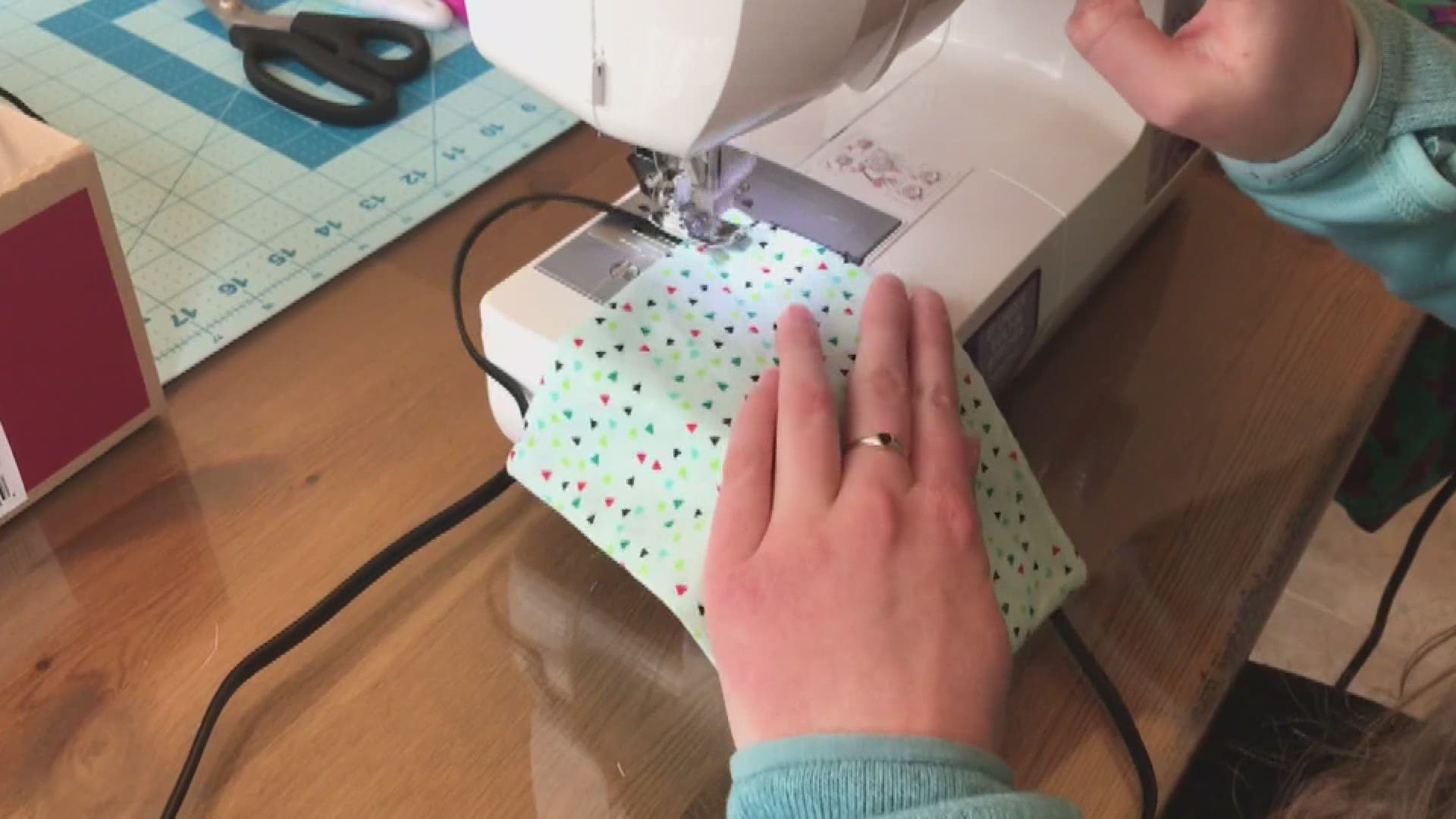 KENNEBUNK, Maine — Learning a skill like sewing can take you far in life; you can make your own clothes, or repair them when they're torn. Remember learning that skill in home economics? Most of us make a pillow and move on with life; others find a new hobby in it; and some find a way to change the world.

That's how Jackie Dewey feels about sewing dresses for an organization that helps to protect young women in developing countries: Dress A Girl Around The World. We spoke with her a few years ago about the organization and it's mission to deliver hand sewn dresses and underwear to young girls in orphanages. "If a girl appears to be cared for in her appearance, she is less likely to be abducted," says Dewey. "Typically the girls are between 6-8 that are abducted because they are old enough to carry wood and water, but young enough that they're not going to try to escape."

Dewey is the ambassador for the Southern Maine and New Hampshire chapter. She has more than 1,000 people sewing for her; some in church groups, others from their own homes. "We have distributed over 11,000 dresses in 30 countries in the last five years."

Credit: NCM
At 12-years-old, Annabelle Wainman is sewing face masks for her community.

One of those sewers began when she was 7-years-old. Annabelle Wainman is now 12 and has switched gears to sewing face masks for her neighbors and friends. She accepts donations which have already exceeded her goal, raising just under $500 to help send two women in Uganda to school to become entrepreneurs, through Dress A Girl. "Once they graduate they will have seed money to start their own businesses. It might be farming; raising goats; a little cafe," explains Dewey.

"I've also raised money for the Good Shepherd Food Bank and I'm now raising money for the United Way York County branch," says Wainman. "To date I've raised $1,640." She's even sharing her stitching online, offering tutorials to those who'd like to learn how she sews the masks.

Credit: NCM
Annabelle Wainman has received photos and Thank You notes from many of those she's sewn for.

RELATED: How sewing a simple dress can keep a woman out of captivity