Owner Andrea Tims provides life-saving shelter to abandoned birds; now her volunteers are working to save her refuge in the pandemic.

CUMBERLAND, Maine — Andrea Tims is the owner of Seymour's Bird Refuge in Cumberland; a shelter for abandoned or abused birds. For more than 20 years, Tims has provided life saving help for the community. Now her volunteers are working to save her refuge, which has taken a financial hit in the pandemic.

Donna Gerardo first met Tims nearly ten years ago, she says, when she ended up caring for a parrot. She stopped into Seymour's to purchase some food... eventually, she became a volunteer for the refuge.

"Birds slide under the radar for some reason," Gerardo says. "You just see that people have made their lives miserable; and it’s not always that they’re abused or neglected, but they live so long that often they outlive their owners. They get brought into the sanctuary because no one else in the family wants to take them, they’re messy they’re loud, they bond with you and that’s it."

Donna Gerardo loves birds but before her parrot, she knew nothing about them. Since Tims opened Seymour's in 2000, she estimates she and her volunteers have been able to find new homes for 2,000-2,200 birds. There are many others, though, who simply cannot be rehomed.

RELATED: Preserving wildlife in the time of COVID-19

"Usually they need a new cage and they’ve been on horrible food so she gets them switched over to good food like vegetables and pellets," Gerardo explains about the process of taking in a new bird. "Then she introduces them slowly in. In a lot of cases they can’t be in another cage with another bird but in some cases they do make friends and they’ll be able to be paired up."

When the pandemic hit, Seymour's Bird Refuge also took a hit in revenue. "One of the ways she makes money is boarding birds for people when they go away," says Gerardo. "Well nobody’s traveling right now so she doesn’t have boarding money anymore. It was closed down completely for a little while, then she opened for curbside, now she’s back letting people in wearing masks, but by now they’ve gone on Chewy to buy their food. They haven’t come back." 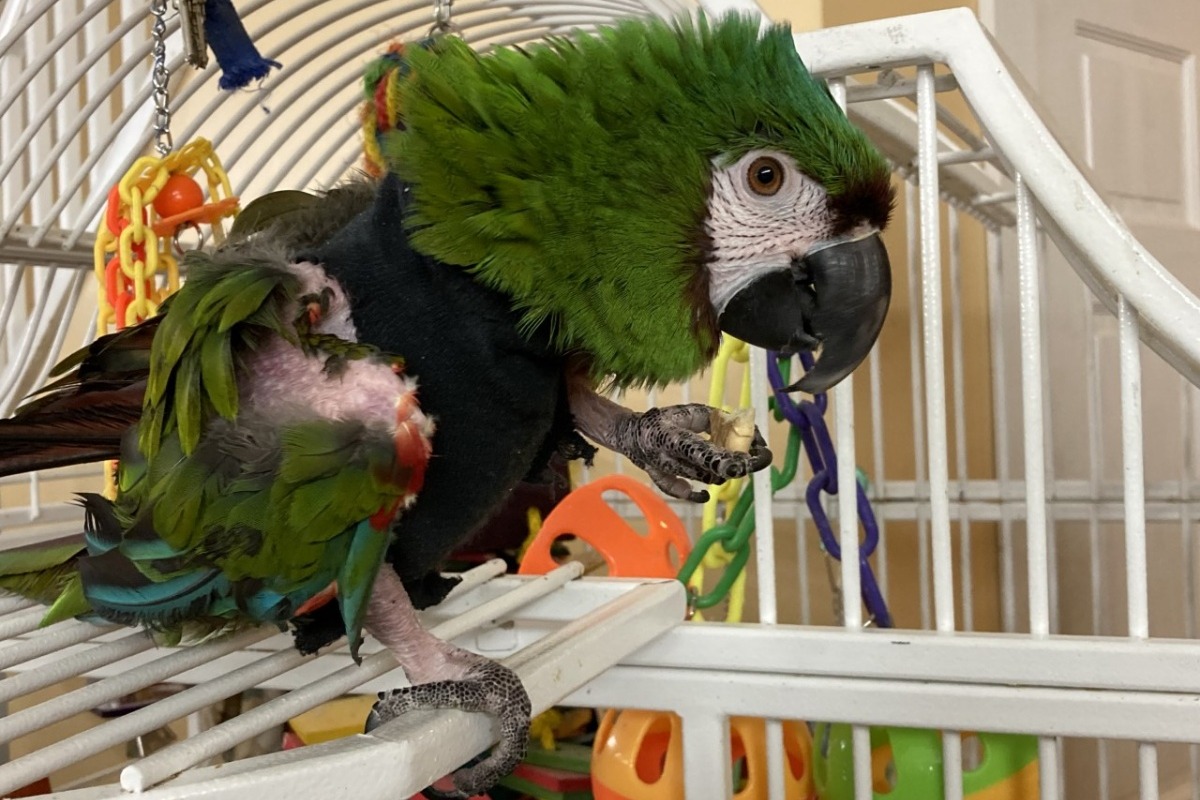 Gerardo says the sanctuary goes through about $2,000 worth of seeds every month and nearly $100 a week for fruits and vegetables. The property taxes are due and Tims spent her own money to fix a broken furnace at the refuge. Gerardo says there were moments volunteers thought the sanctuary might not make it through spring, which is why she started a GoFundMe page to support Seymour's.

"[If Seymour's closed] it would not be good. Where would those birds go? Would people just let them loose or try to pawn them off on someone who didn’t want them? I can’t imagine where those birds would go without her," Gerardo says. "When people say she should just give up, I’m like no - because she’s someone who can actually do it and cares about it and is fiercely loyal to those birds. She’s like that beacon of help out there for abandoned birds."

RELATED: Saco River Wildlife Center seeking donations ahead of winter, here's how you can help