You can find love in the strangest of places; like an old gym in Lewiston, where close to 50 people gather every week for roller derby. Or, at least they used to. 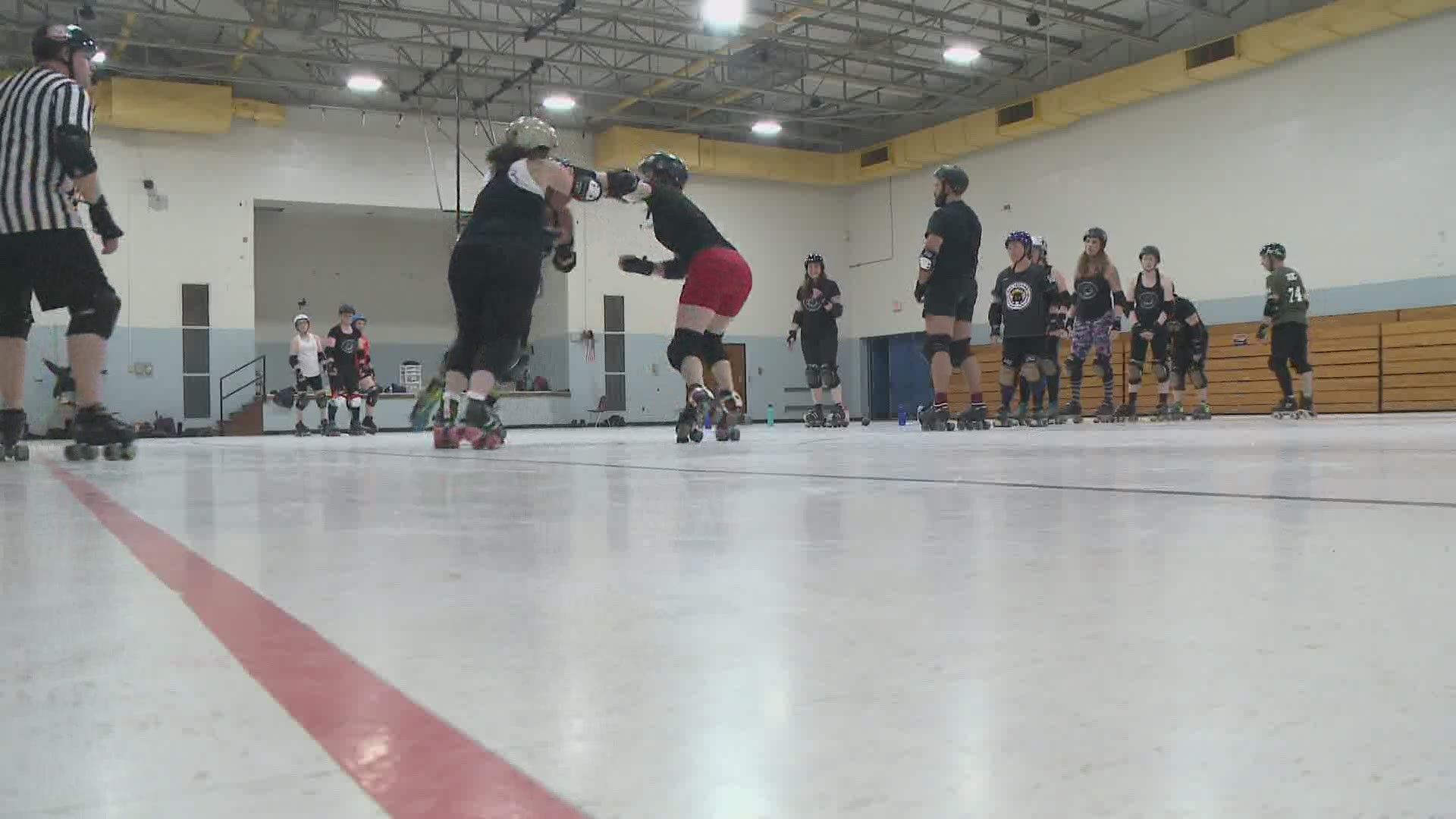 LEWISTON, Maine — On a NORMAL weeknight in the old Lewiston Recreation Center, you'll find a lot of characters like "Short Temper," "Ally Sin Wonderland," and "Dazey and Contused." The names are made up, but the personalities are real - just empowered versions of the men and women who lace up their roller derby skates.

"It's giving me a leadership role that I never thought I would be into. I tried tons of sports in high school and I was horrible at all of them - like, horrible -  and this has just given me a way where I can blossom into something really incredible." Katie Hill is the captain of team Inferno. Some of the skaters at the gym are members of that team; while others are practicing and working hard to make it. All are part of the Androscoggin Fallen Angels League.

"There are three levels; skating 101 where you learn how to skate no contact; and then contact learning where you learn how to make contact while skating - how to run into people and not get knocked over all that stuff; and then there is scrimmage eligible, which is the third level," explains Ally Cleveland. "Today at 4 o'clock I got the message that I passed into that, so I'm an official member of The Inferno now and that took me a year and three months!"

Cleveland fell in love with the sport when she first visited a bout in Portland. It didn't take long for Ally to fall in love with the people. "I was looking for something; a group of people to build a network around and I found this and it was an hour drive so I decided to relocate and came here to be with these beautiful women and awesome people."

Cleveland says that derby saved her life, "Yeah I think it did in many ways. It gave me something to crystallize my life around. That idea that derby finds you when you need it has played out over and over and over around the country every day." Derby found a lot of the people in this league. Some are retired cops, others work in retail, all have different lives and abilities.