There are a lot of assumptions about young people – they don’t know how to work hard; they expect things to be handed to them; etc. Not Hannah Paige. 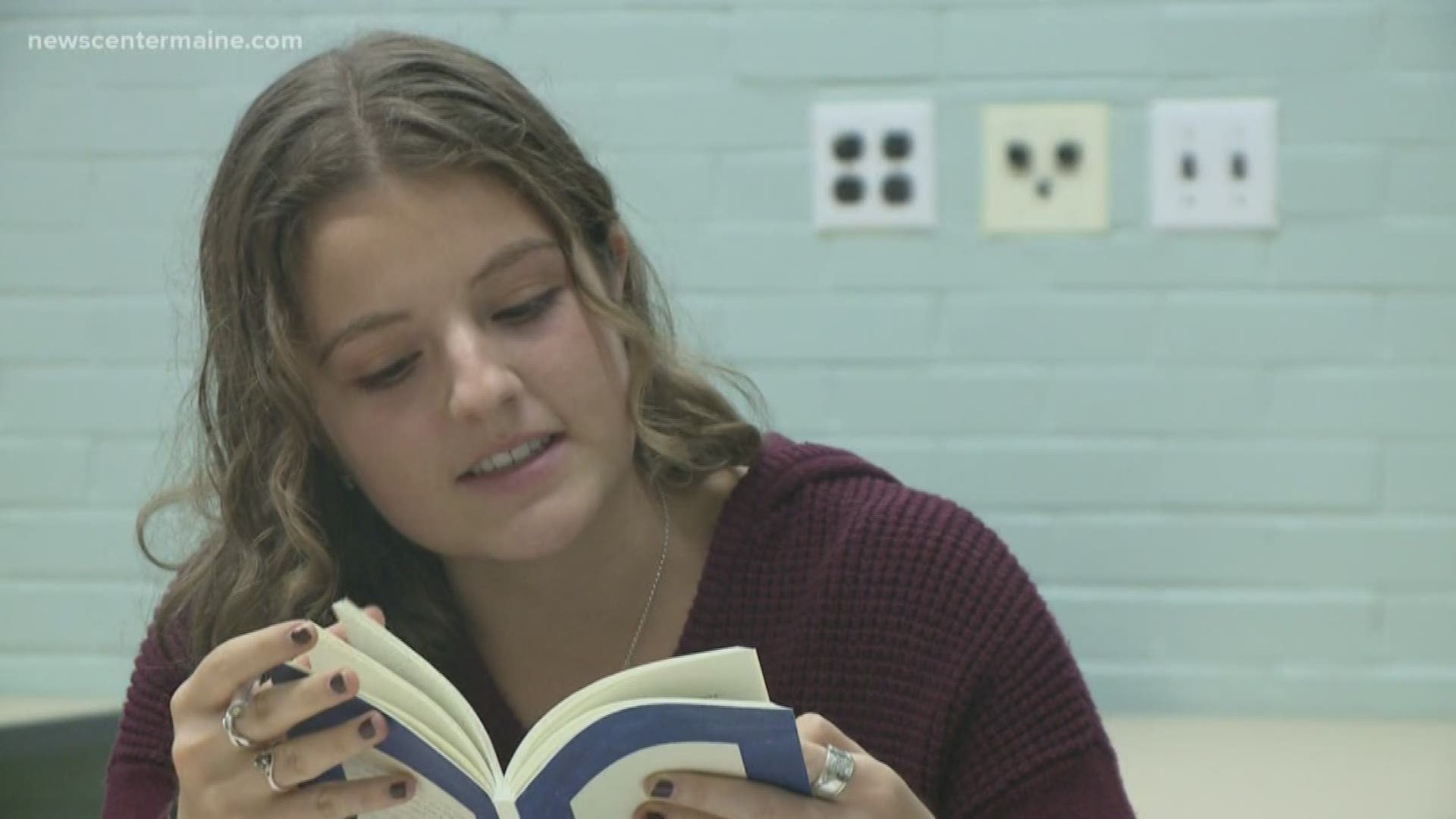 FARMINGTON, Maine — In a classroom on the University of Maine Farmington campus, students huddle around a table discussing life; what it means; and their roles within it.

"We have six faculty and each one of us has a different approach to how we view creative writing and what it's for, and so the students get this broad range of approaches to it," says professor Eireann Lorsung.

Conversation flows in Lorsung's creative writing class, while she feverishly jots down notes on the white board. "These are all students who are thinking about their writing practice as something they are doing to be in the world. They're doing it for themselves. You can't write well if you're doing it for a teacher... and Hannah is special within that because of her own particular self-originating discipline."

Hannah Paige, says Lorsung, is the student who turns her assignments in well before they are due; the student double majoring in creative writing and in history; and the student who knows exactly what she wants out of life.

RELATED: "Come Out Swingin'" tells the story of the most famous fight in Lewiston

"What first drew me here was the creative writing program," says Paige, who moved to Maine from California. "I also knew that I wanted a small school, and I knew I wanted to go somewhere I have never been before. I have traveled a lot in the U.S., but had never been to Maine." Now, this former California girl plans to stay in New England even after graduation in a year and a half. She wants to teach and write just like her mother did.

"In elementary school my mother home-schooled me. She was a teacher beforehand so it was an easy transition, and she decided that she wanted to have me do daily journal entries. So for the first couple of days I just wrote about what my brother did and what I had for breakfast, and then one day I wrote a chapter... and then I asked the next day if I could write a second chapter... and then I never really looked back."

Hannah continues to keep journals. On good days, she writes. On bad days, she writes. "I really just love investigating and love exploring the power of words, which sounds so cliché, but I really do believe in literature and making art with words."

Her first piece of *published art started when she was still in high school. She wrote a novel called "Why We Don't Wave," following the lives of four very different women and how circumstances bring them together.

"I had kind of this notion of how difficult it was going to be and that was really one of the motivators for getting published so early, is I knew if I wanted to write - I got it in my head that if I could break into the industry as early as I could, as soon as I could, it would be easier," Paige admits she got a lot of rejections before she got the acceptance letter.

While it wasn't easy finally getting accepted by Austin Macauley publishing out of New York, it's an experience that continues to push her; publishing her second book, "30 Feet Strong," as a junior in college. Her most recent book signing was at Barnes and Noble.

"What's your hope, what's your goal?" I asked Paige. "I would like someone to look at my work and be affected by it, and call it powerful," Paige responds.