Performing below the stage

While much of the action happens on stage at Pickard Theater, Maine State Music Theatre's music is composed just below. 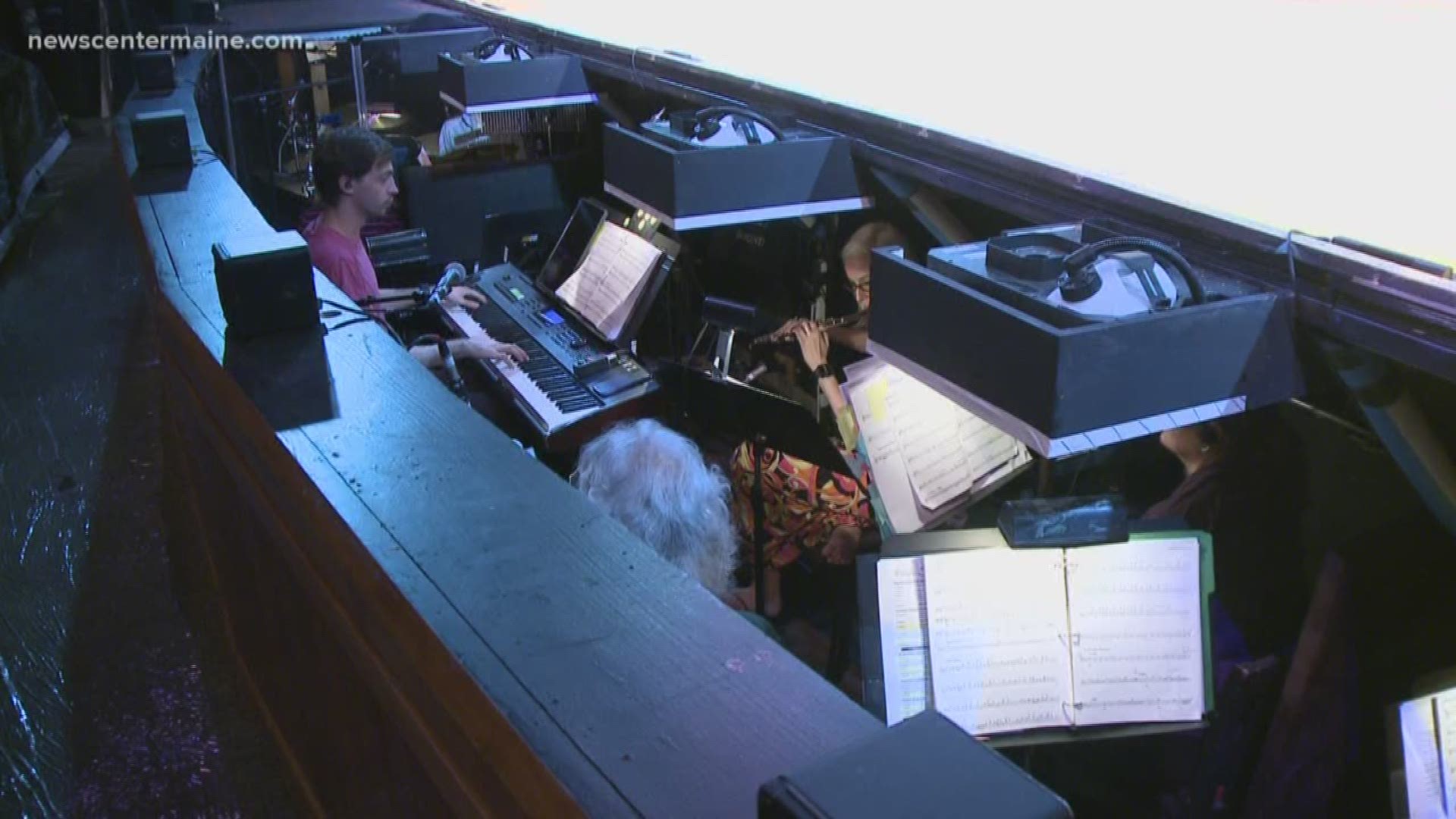 BRUNSWICK, Maine — The summer season at Maine State Music Theater has come to a close, ending with "The Wizard of Oz." It's a story many people know by heart, with musical classics like, "Follow The Yellow Brick Road" and "Over The Rainbow," so hitting all of the right notes is important.

Ben McNaboe is the musical director for the show, helping to guide the musicians who are a major piece of the musical but are never seen by the audience. "There are a lot of theaters in New York especially where the pit might be under the stage and the harpist is on the second floor in another room or something," explains McNaboe.

From McNaboe's perch he can see the on-stage performance, while conducting his crew below. Anything can happen in live theater, so he's ready to slow his orchestra down, or speed it up; but talk about pressure. With a front row seat to the action both on and off stage, McNaboe has a lot of eyes on him.

"There are video monitors everywhere... there's a camera right in front of me so video monitors back in the house, some in the wings, the stage manager has one, the mixer has one," says McNaboe. "If I come in and I'm having a bad day, whatever I'm putting out is literally being broadcast to the entire company so it's a good reminder to leave that at the door."

While there isn't much space for movement in the pit, there is absolutely no room for error down there. "I have to sometimes do a little choreography in terms of grabbing the right mallet or the right sticks because it's all a different timbre depending on what you hit an instrument with," says percussionist Jacob Forbes. He admits that while the musicians can't see the audience, they can feel their energy during the show; cheering for their favorite musical numbers, even if that audience never gets a peek behind the curtain - or below the stage.

Some big name shows kick things off again in Brunswick next June: "Titanic;" "Mama Mia;" and "The Sound of Music."