NYC performers come home to Maine and get back to work

While performances are on pause in New York, Rachel Caron and Garth Bates are back with family. The Maine natives created a video that pays tribute to their home. 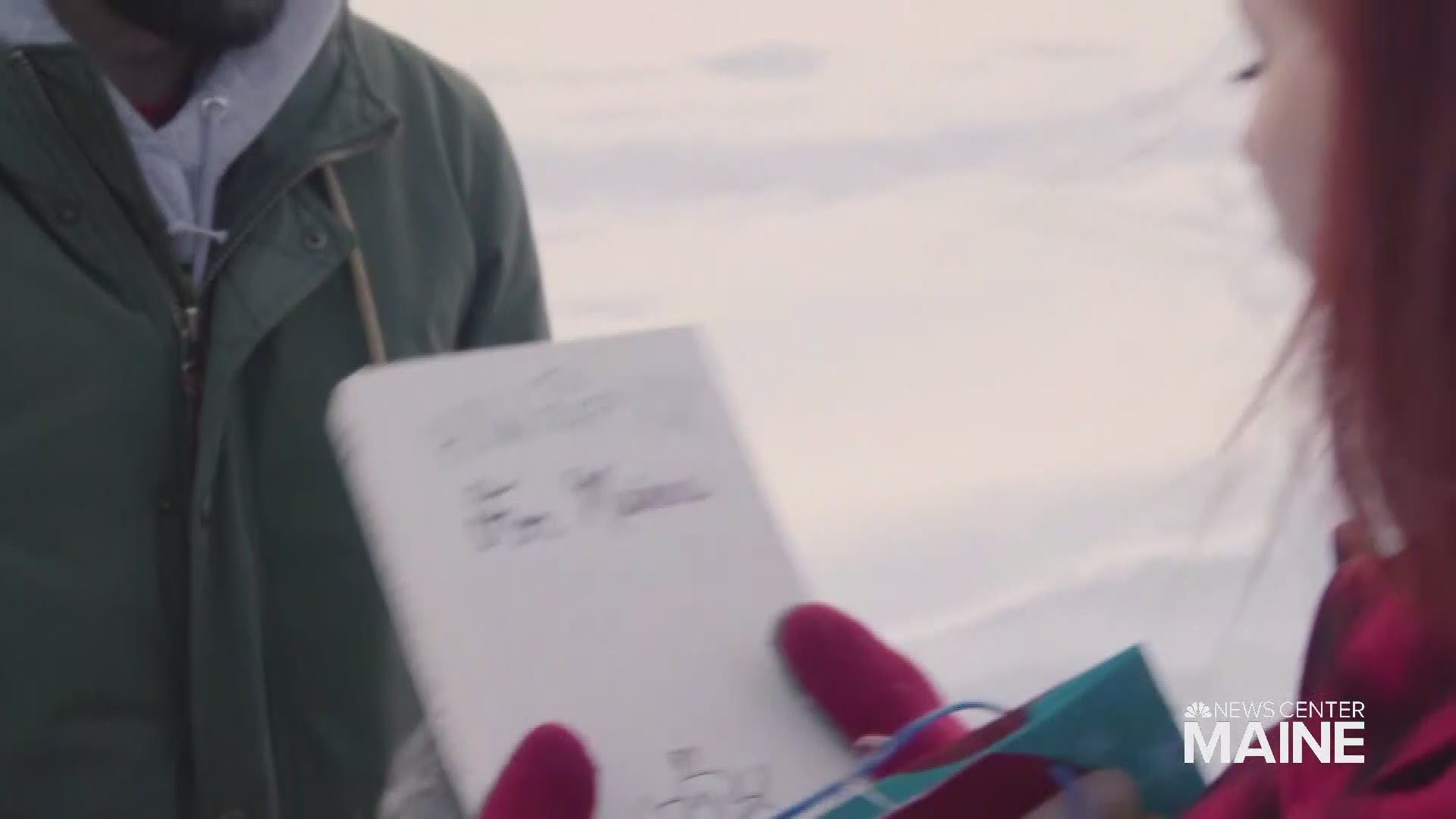 BANGOR, Maine — We first met Rachel Caron two years ago, when she was home for Christmas break, and put together a rap video about being made in Maine. Caron grew up in Eddington and went to school in Brewer, but her performing talents took her to New York City.

From daily auditions and full time work, to coronavirus restrictions and lockdowns, Caron found herself back in Maine with family. While it certainly slowed life down, it didn't stop this creator who went to work with what she had.

She ran into fellow NYC performer and Maine native, Garth Bates, while getting a Covid-19 test after traveling home. "We did Nutcracker together at the Robinson Ballet Company, so we grew up dancing together," Caron says. "We were both at City MD in Bangor and I was like, 'You came home?!'"

"I got a message two minutes later," Bates says. "It said, 'Hey when you get your Covid test back, let me know. I have an idea.'" That idea was to create a music video to the song Fred Astaire by Jukebox The Ghost.

Rachel and Garth enlisted the help of local videographer Soubanh Phanthay from Memorymaker Photography, filming in the city where they first met: Bangor.

"Home is where the heart is," Caron says. "Cheesy at it may be, I totally feel like that because for 18 years these are the people - whoo, makes me emotional - these are the people who raised me and this town was where I discovered who I was and what I wanted to do, and I just love showing it off."

A fun tribute to home for two performers happy to have a landing spot in the meantime, but ready to get back to work. "They always say, 'If nobody was watching, if you weren't getting paid, would you still create?' And if so, you're a creator. You're a performer," Caron says.