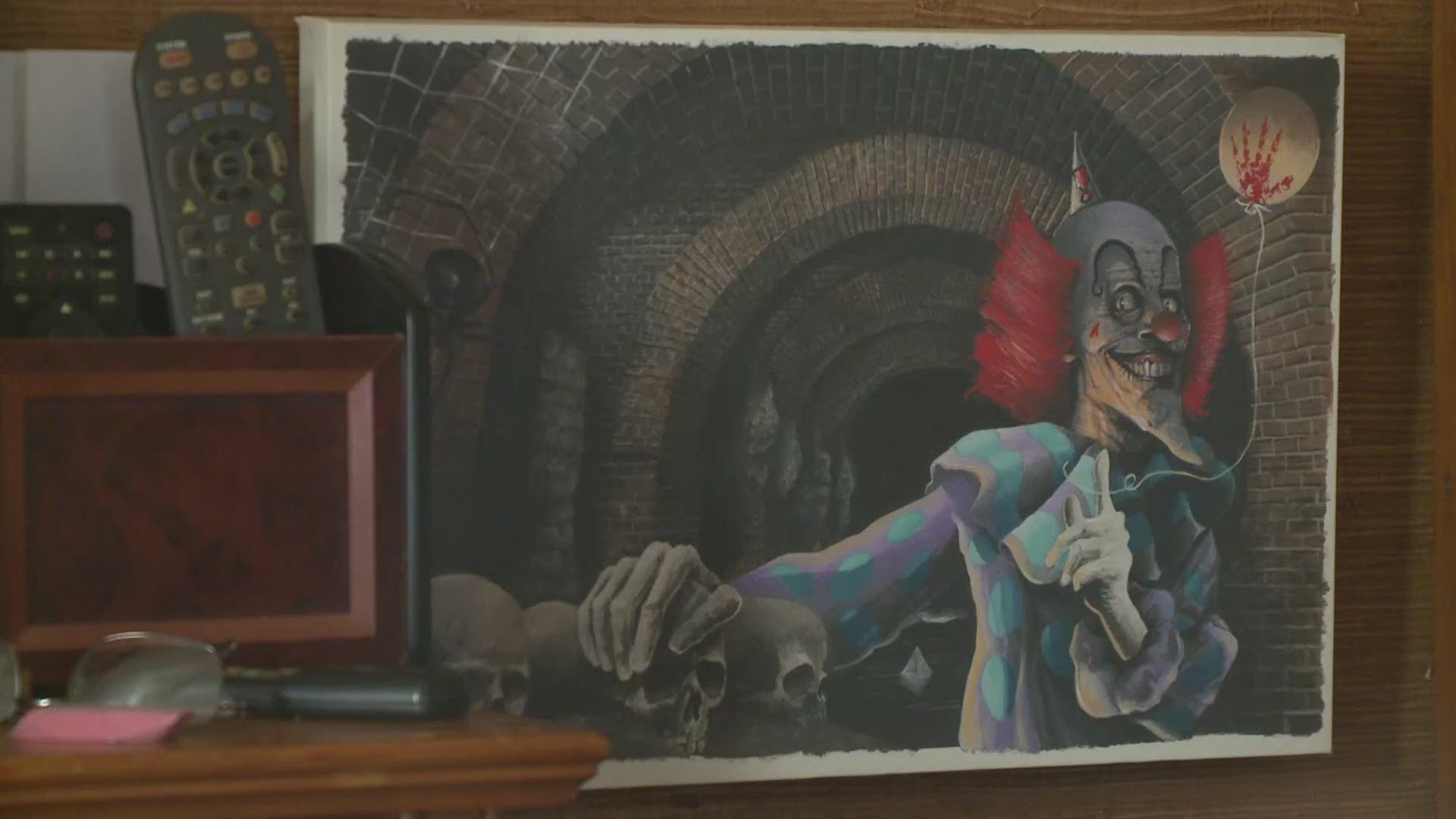 NEWCASTLE, Maine — In a small and quiet office space off the living room of his home, Glenn Chadbourne's creative juices flow, surrounded by some of his favorite creepy images and novels.

Chabourne grew up a fan of Stephen King's work, even writing a book report in school about "Carrie." Never did he imagine he'd one day be illustrating a special release of the thriller.

He describes his first introduction with one Maine's most famous authors as the big break in his career, now having artwork commissioned for hundreds of special edition books for authors all over the world. That list includes Josh Malerman, who wrote the novel Bird Box, now a hit film on Netflix.

"I almost fainted when I heard he sold it to the 'flix," Chadbourne says about the film, released after his special edition drawings. What does he think about the images on screen as compared to what he envisioned in his own mind?

"I must have been doing something right, the guy channeled my inner Bird Box," Chadbourne joked, admitting the film was pretty spot on with what he had imagined.