'Maine Seaweed Week' has been a way for harvesters and restaurant chefs to introduce people to a new food; now organizers have pivoted. 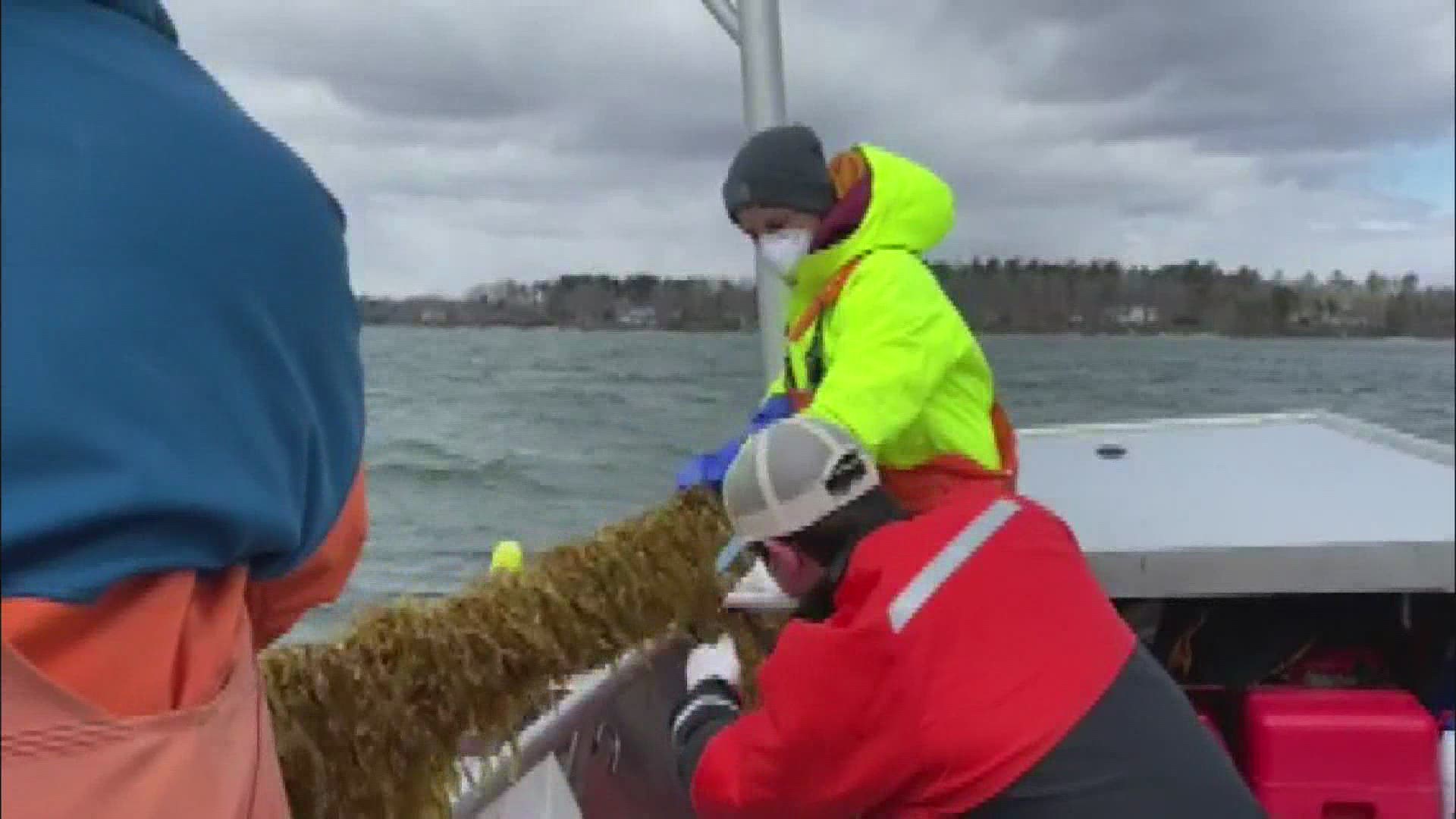 PORTLAND, Maine — Last year, restaurants and bars all over Maine took part in Seaweed Week. Chefs created food courses and drinks that contained seaweed, serving them up to those who may not have known how edible the plant was.

This year's week-long event was shaping up to be the biggest yet; instead, organizer's like Heritage Seaweed owner, Josh Rogers, had to pivot. "We still have a few restaurants that are doing take-out. There are some makers around the state, so Fogtown Brewing has a seaweed beer; Bixby & Co. made chocolate bonbons that you can get from them; there's a cheese; there's a seaweed kombucha; there's even a seaweed whiskey, so there are some products on the marketplace that would not otherwise be there."

Also new this year, seaweed harvesters like Spartan Sea Farms are delivering their product directly to consumers. "This is really a first time, unique opportunity to get your hands on a big bag of fresh kelp and really start playing around with it."

Ken Sparta, with Spartan Sea Farms, says seaweed can be plugged into a lot of different recipes. "We started delivering directly, and we gave out recipes and started a recipe book, and all of our customers have started connecting with us, and sharing their recipes, so it's been really great." If more restaurants were open, Sparta would typically be selling more wholesale. This, he acknowledges, was a curve - but he and his team decided not to let their crop go to waste.

"I just hope that people understand that it's no different than supporting your local farmer at the farmers market," says Rogers. "It's something really cool that the state of Maine is leading the way on."

To find some of those recipes, or restaurants taking part in the event, click here.