Name a beer and support your favorite non-profit

Make a $500 donation to your favorite non-profit through Brij, and Funky Bow will name a beer whatever you want for the weekend. 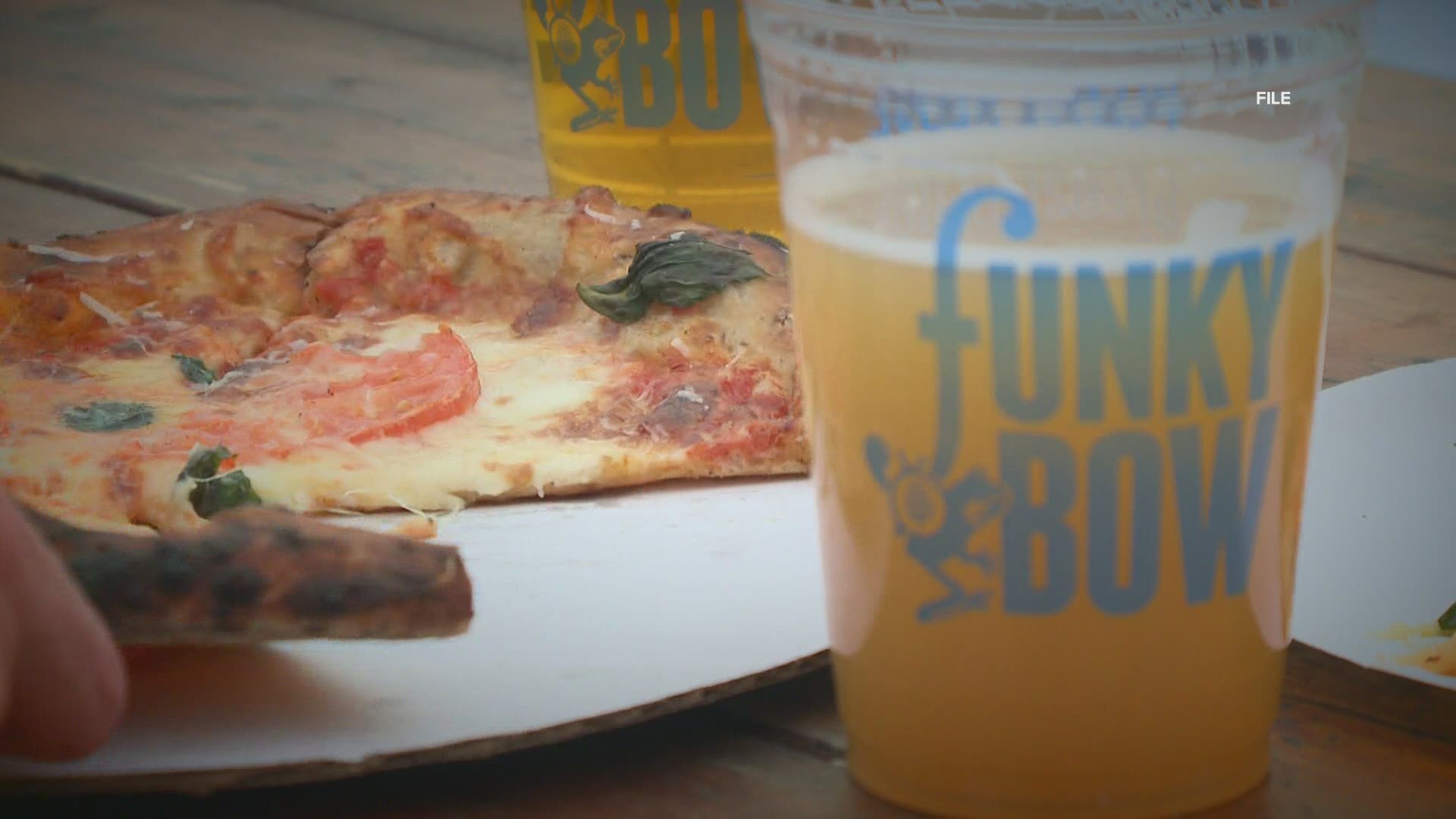 LYMAN, Maine — What's better than drinking your favorite beer on the weekend? Drinking your beer that now bears your name.

That's what the owners of Funky Bow Beer Company are offering their consumers, a beer named for them - or frankly, named whatever they want - sold for an entire weekend at their Lyman taproom.

There's just one catch... you have to make a donation through startup, Brij. "Brij is a platform where businesses can come together. Say they need help, the pandemic has really put them out. It’s a good way to promote that," Funky Bow co-owner, Abraham Lorraine, explains. "'Donate to us and we will give you gift cards, t-shirts, hats,' whatever their promotion is. The other thing is, they can use it to help the community itself."

Which is the option Paul and Abraham have chosen: helping the community. "I did this promotion and I said, you know, instead of us taking $500 and just using it to revamp our outside area or taproom for Covid reasons, why don't we just help local charities?" Abraham says. "If you donate $500 through Brij to your favorite organization, we will name a beer whatever you want for the weekend."

Here's how it works. The donation is made online... Funky Bow cuts the check and gives it to the organization; then you choose the weekend you want to gather your friends and drink beer, and Funky Bow will try to bring someone from the organization in who can talk about their cause and collect more donations.

Their first contribution came from New Hampshire to support the ALS chapter. "It actually started with this really sad phone call," Abraham says.

Kathy Flashner spoke to Abraham about her husband John's ALS diagnosis. She had an idea to gather friends and family at the Funky Bow farm and drink their "Flash50 IPA" and celebrate his 50th birthday.

“We promoted it, they brought a band that he either used to play in or does, it's called Skunk Sessions," Funky Bow co-owner, Paul Lorraine, explains. "They brought the band with them for that day, we scheduled them for the music, and the money they made went to ALS also, and then whatever they garnered in their tip bucket went to the organization.”

There was also a representative from the ALS chapter there to talk with Kathy and John, and give them a little more support.

"Kathy was the first ones. I had another friend of the brewery, her and her significant other come up quite a bit. She had two dogs that passed away kind of within the same timeframe from cancer. She just wanted to donate to a local organization and she found us as a conduit through Brij. She went through Brij and she did the $500 promotion for AWS and then $500 for Best Friends Society. And she's going to have Best Friends IPA on tap in June. She wants all of her friends to come here,” says Abraham.

Giving back to area non-profits has always been a piece of Funky Bow's business, in fact in April 2020, when COVID-19 restrictions had closed their taproom, Paul and Abraham Lorraine were still collecting non-perishable items for York County food pantries. “I don't think we've said no to anyone that's reached out with a legitimate ask," says Paul. "Without the community where would we be? It's a circle. You got to keep that circle going or complete, or something drops out.”

To donate through the Funky Bow/Brij partnership, click here.

RELATED: In this 'funky' time, a beer company gives back to York County food pantries