Moments in history at Falmouth market preserved in book

"My Market By The Bay" is a look at the Town Landing Market in Falmouth, opened in the late 1800's. 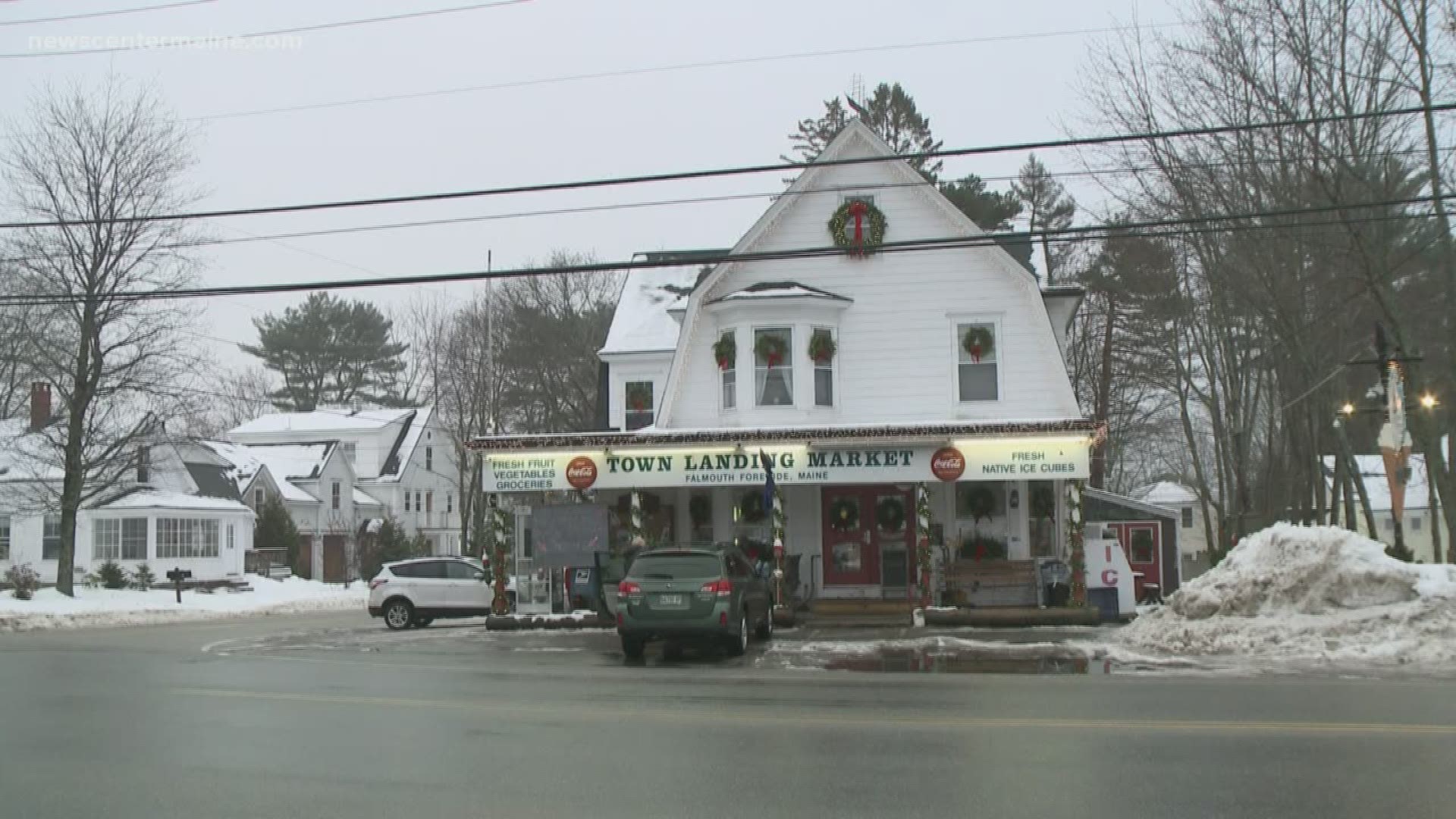 FALMOUTH, Maine — Town Landing Market in Falmouth was once a stop along the trolley route, now it's a landing place for locals, tourists, and curious visitors. The market has been featured in catalogs and magazines, even a July 4th commercial for Coca-Cola.

"Every once in a while we have a celebrity come in like Dr. Oz and Luke Wilson... we have people from all over the country; all over the world," says owner, Marybeth Bachman. What makes this market so special? It depends on who you ask.

"The owners have always been part of the community either living right here or, the owner that I bought the market from - Dan Groves - fished right there and sold his lobsters here," says Bachman.  The Groves family had run the store for more than 20 years until Bachman took it over five years ago.

A lot of the locals who come through have their own personal stories or memories about the market, and Bachman wanted to preserve those in some way so she reached out to Jean-Claude Redonnet, an author and historian who has lived just down the road from the market for 15 years.

"Most of the witnesses that I met with were women and they told me how they related to the market when they were young girls," says Redonnet. "So I said to myself why not transfer that into a children’s book... the witnesses, the girls appeared to be as if they were diving into a treasure chest I should say."

As in any town there’s always change; people move in and people move out. But along Foreside Road in Falmouth, a constant: Town Landing Market, holding on to history and preserving a sense of community.

RELATED: Brighten up your winter kitchen with some pickled veggies