Rich Woodall and Joseph Schmalke have attracted the attention of Starburns Industries, the production company behind popular Adult Swim shows like "Rick and Morty." 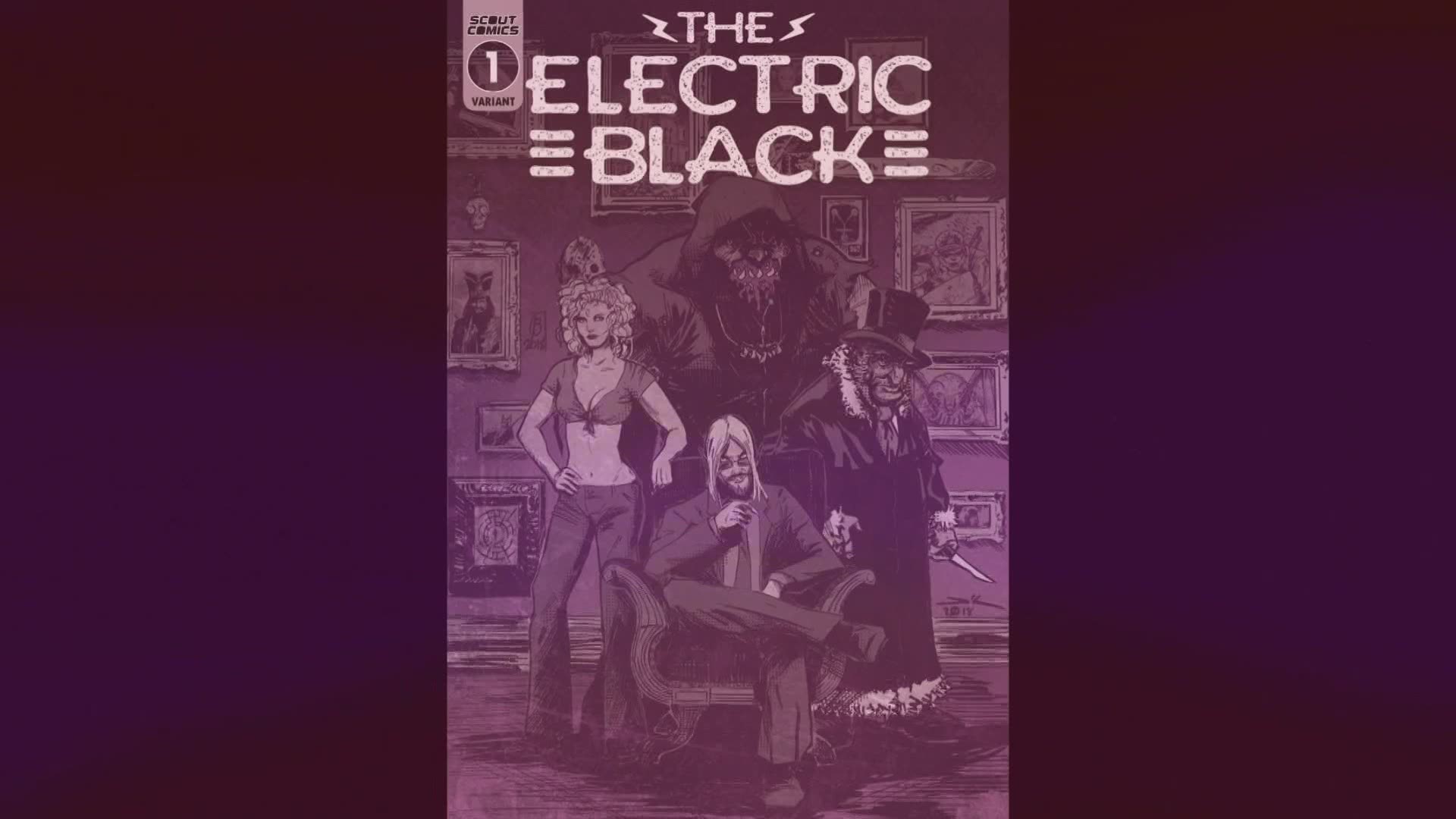 WESTBROOK, Maine — While the coronavirus pandemic shut down production and recording studios all around the world, it had little to no impact on animation. In fact, as we all struggled to learn new ways of communicating and getting work done online, artists have been using technology for years.

Which makes it easy to live and work in Maine and produce an animation in California, which is what Rich Woodall and Joseph Schmalke are working on this year, with the help of Starburns Industries – the production company that brought to life the hit series, Rick and Morty and Moral Orel.

Electric Black is a comic that Schmalke and Woodall created. "It was supposed to be a horror anthology - which is a bunch of standalone stories with one overlying tale that was actually more important than all these other side stories. A cursed antique shop lends itself to that because you have all these objects in there that can have different storylines to them," says Schmalke. "Then we developed our crypt keeper who is named Julius Black, and he is the proprietor of this shop."

The storyline, with some edits, got picked up by Scout Comics. With a big footprint in Hollywood, Scout gained Electric Black even more traction.

"We got approached initially - it was an executive from Sony, to possibly produce it into a live action show. Then recently it was several other producers in Hollywood had reached out to perhaps make it into a movie, but then it was Starburns, ultimately, they reached out to us in October of last year," Schmalke explains.

"Right now they are auditioning show runners and writers and stuff like that. We need a bigger Hollywood person involved at this point to help bring it to a larger company, get it picked up and then put into production," Schmalke says about their year-long contract to bring the series to development.

"That’s the idea... a show writer would be working hand-in-hand with us and would be having regular meetings with us so we can keep the content as true to the book as possible," says Schmalke. "Obviously with TV we can expand on a 32 page comic. We can expand to a 20 minute show. So we can help them build it out. The idea is that hopefully at some point, me and Rich are writing the scripts for the show as well."

Not bad for a couple of artists from Maine... making waves in Hollywood, when nearly all other productions were shut down during the pandemic.

"It used to be you had to live in New York City or Los Angeles to have access to the bigger studio to get communication but now everything is done online," Schmalke explains. "So literally when the pandemic started my life didn’t change at all I just kept making content."

Electric Black is available for purchase online or in certain book or comic stores.

RELATED: Meet the Maine artist who drew Beavis and Butt-head