Learning how to improvise when life gets weird

Dennis Price has been doing improv comedy for years; he shares tips he's learned both on stage and through the pandemic. 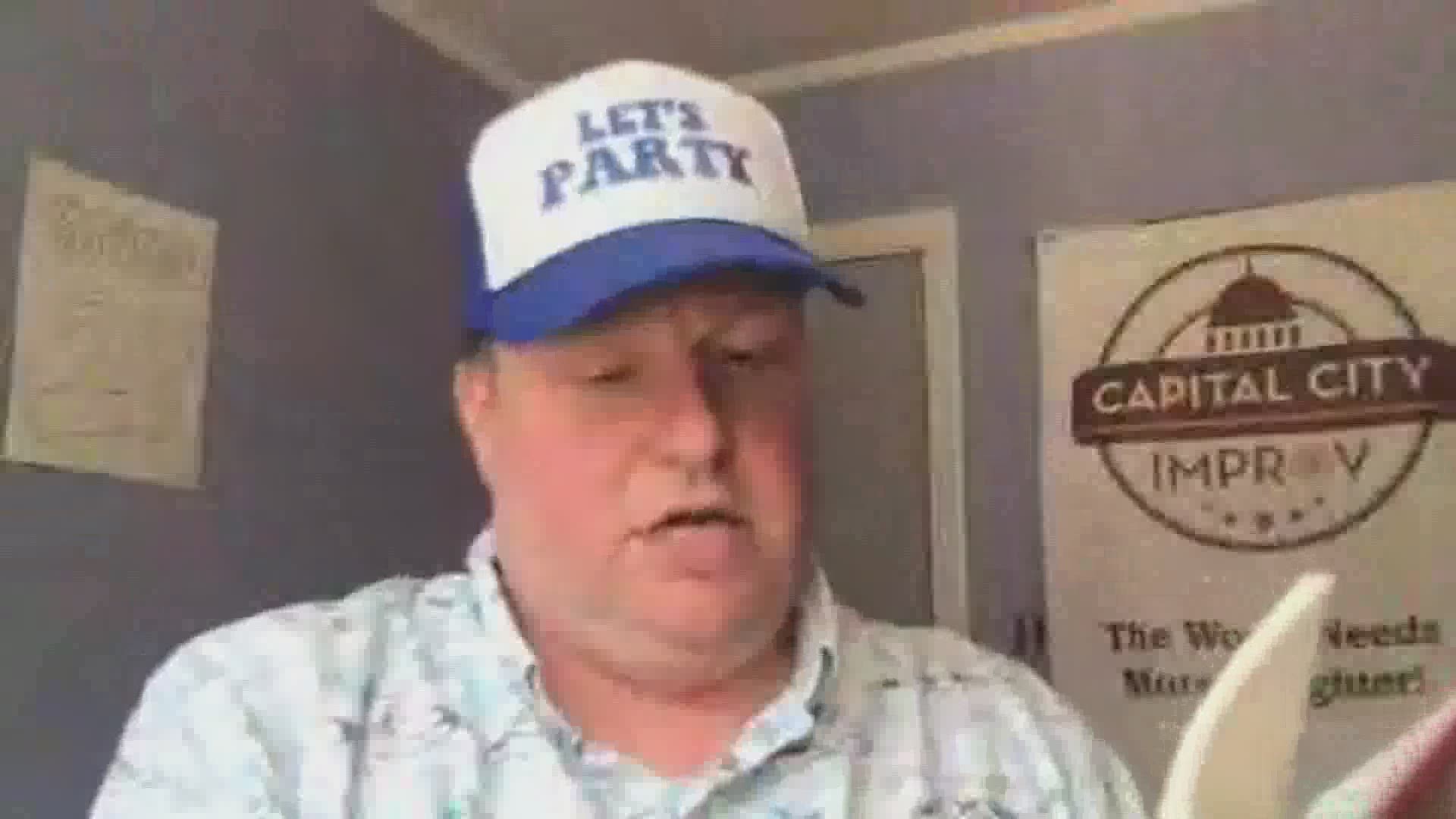 AUGUSTA, Maine — When life gets messy, improvise. Dennis Price does improv comedy for a living, but when COVID-19 hit and canceled his shows, he had to get creative. I spoke with him about his change of plans, and what everyone can learn from his years on the stage.

"During quarantine I was doing three shows a day on Monday, Wednesday, Friday; nine shows a week for 10 weeks," says Price. Those 'shows' were through Facebook live, for his virtual audience. "It’s not the same as a live audience. It’s much better when you share that energy, but I had to kind of find a way to get creative using this medium. So how can you take this medium and use it to still create some thing that is spontaneous and on the spot?"

During his online shows, Price's audience interacted through chat. He held trivia shows; sang about birthdays; and improvised his way through a very strange few months.

As restrictions opened up, Price was able to start doing shows again; some small, private shows in a backyard; others in a field with a socially distant crowd; but he learned so much from his time online.

Price says he's seen a lot of people improvise through this pandemic; from all different backgrounds. "It’s been amazing how restaurants have done that same thing; what has been given to them and taking it and turning it into something wonderful. News folks, to use you as an example, that whole experience is new and different but you are still solving the problem, you are getting what you want, and it just takes a little bit of give-and-take between two parties."

To learn how to book a private Dennis Price show, click here.

RELATED: Actors who can't be on stage, improvise