Learning from 'The Gentleman Farmer in Maine'

"If you look up what a gentleman farmer is, it's really somebody who lives kind of a farming lifestyle but not in a subsistence fashion," says Jonathan Edgerton. 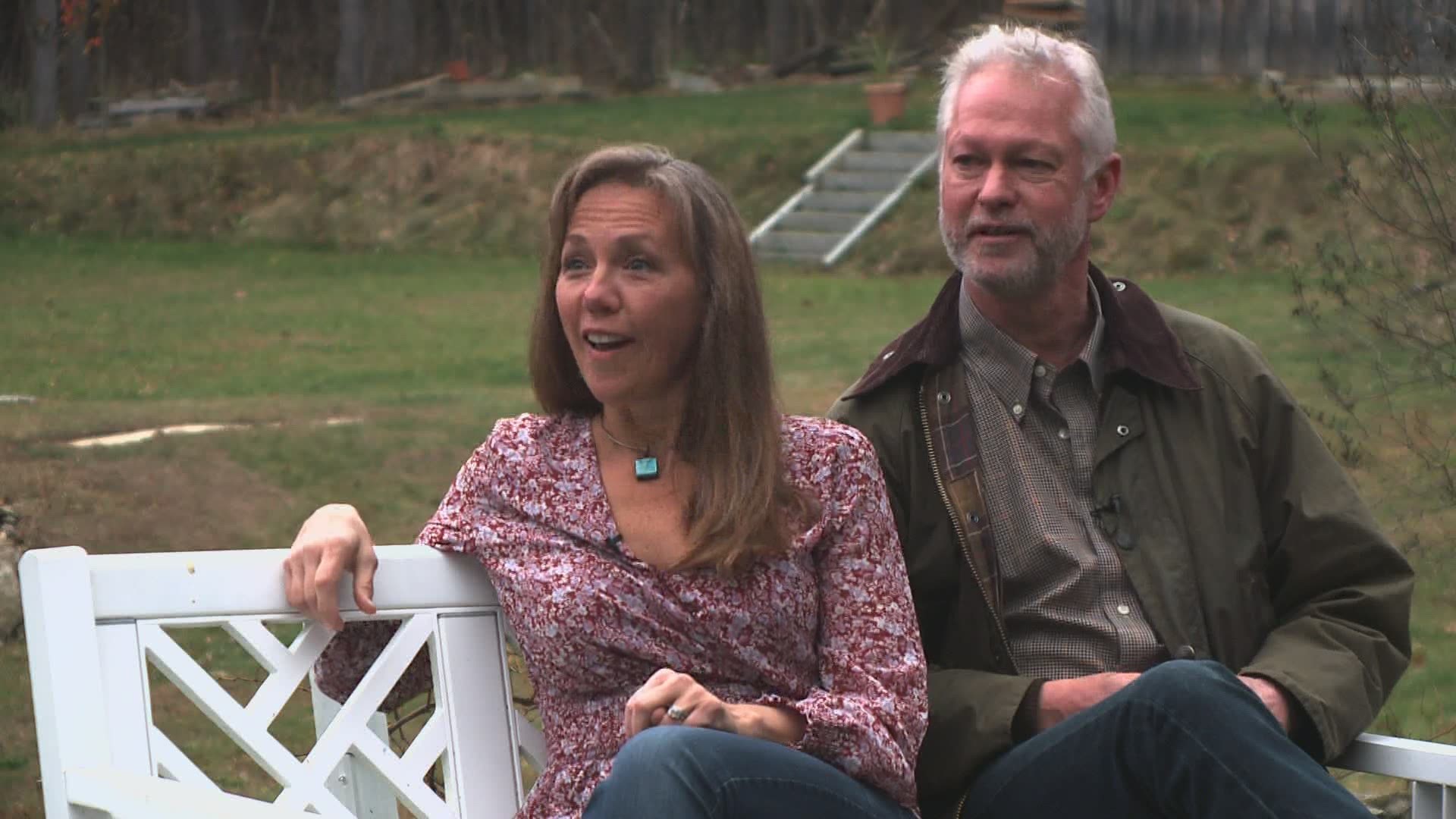 BOWDOIN, Maine — Raise your hand if you started picking up new side projects during the pandemic; whether baking, remodeling something at home that's been bugging you for years; or starting up a garden.

Being home a little more often, has made a lot of people try some DIY, and in the midst of that, many turned to an Instagram account built by two Mainers for inspiration: The Gentleman Farmer in Maine.

Call it Yankee Ingenuity; raw talent for figuring things out; or call these do-it-yourself projects done by Jonathan Edgerton and Stacy Frizzle-Edgerton the work of 'the gentleman farmer.'

"If you look up what a gentleman farmer is, it's really somebody who lives kind of a farming lifestyle but not in a subsistence fashion and takes advantage of a lot of the good stuff without the tremendous hard work that farmers typically have to undertake," Jonathan explains. He and Stacy are not farmers; in fact Stacy's day job is running marketing for a non-profit in Brunswick. Jonathan was a civil engineer until he recently took semi-retirement to travel more; which is - in part - where the two learned a thing or two.

In fact, the two don't consider themselves experts in much; they mostly enjoy learning about new cultures and tackling home projects at their Mossy Ledge Farm in Bowdoin.

"They handed him the keys to this house and it was empty inside; literally it was just a stick built," explains Stacy about her husband. "So his family jumped in and they laid down the floors, and they built the walls, and the electrical, and the plumbing, and he built the chimneys and over the course of 28 years did all of this. He just built the pillars at the end of the driveway like three weeks ago. He's like, 'I've always wanted to do and pillars,' and I'm like, 'Okay honey, do it."

Three years ago, Jonathan and Stacy starting sharing their projects on Instagram under the name, "The Gentleman Farmer In Maine." Well, it took a nudge from Stacy, who also has a background in television.

"What we really like to do is cooking, and traveling, and gardening and when Jonathan and I hooked up about six years ago we realized we have all these amazing overlapping similar interests in cooking and gardening and doing projects around the yard and the house... so I came on board with indoor décor and cooking and some gardening, but nothing compared to him," Stacy says. "We try traditional things and we just keep trying them until we get okay at them and I think we're just hoping to inspire others mostly."

The Gentleman Farmer in Maine has attracted more than 3,000 followers in just a few years; fans who interact with Jonathan and Stacy and have developed friendships with the two.

"I did a check at one point and I counted 35 countries," says Jonathan. I asked the two if they were surprised by the reach of their account. Both said yes, but explained, "It's not just plates of food; you can find that anywhere. We post ourselves on there and posting our fails and things like that, being human I think."

Because in the midst of beautiful arrangements, or perfectly lit photos, it's the 'human' posts that Stacy and Jonathan have found inspire the most interaction.

"We admit, we don't know what we're doing here but let's give it a shot, and other people chime in and they're like, 'I used to make apple cider as a child, thank you for bringing back those memories,' or, 'I'm going to try that again.'"

"We find out when we post our failures we get a lot of insight from people who have the same failures and have figured out how to do it," Jonathan adds.

If you've taken on new challenges while spending more time at home, or you'd like to learn, there's an entire community out there trying too... starting with a couple of so-called dabblers on their farm in Bowdoin.

RELATED: How to create a traditional brined and roasted turkey