A program happening in the Midwest has made its way into Maine fairs, offering children the chance to become farmers for a day. 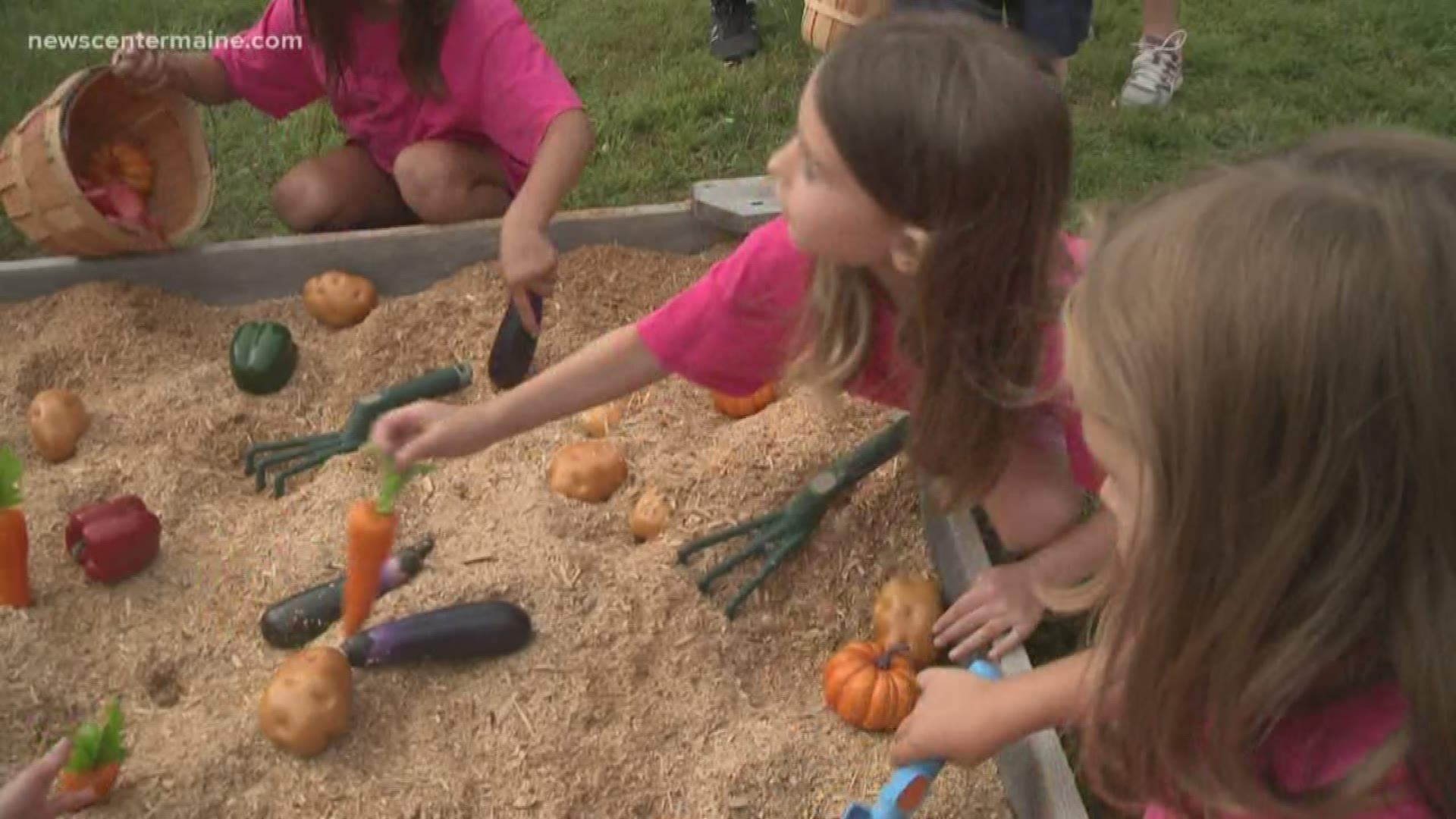 LITCHFIELD, Maine — There's a lot to see and do at Maine fairs; and for some Sabattus kids between preschool and third grade, a field trip to the Litchfield Fair is built right into the curriculum.

The first stop is the Wee Farm, where they're put to work planting seeds and picking vegetables and apples from the orchard.

"I have kids who come in here and don’t know that a pickle actually started as a cucumber in a garden," says coordinator Rayma Ashby. She's been helping to run the Wee Farm at the Litchfield Fair for a few years now, and says she loves the wide eyes that come through the gate.

"When they go through they get something at every station and they’re actually planting a seed and we have plants that are actually growing. We have a garden in there and it kind of helps them make the connection of where the food is coming from."

RELATED: A day on an island with Maine artist Eric Hopkins

Ashby grew up on a farm in Maine and admits, it's easy to take a first hand farming education for granted. Each year, some five hundred kids come through the Wee Farm, eager to learn more about the life of a farmer.

Here, the education she and her volunteer staff offer comes full circle - from planting to taking care of the livestock to payday.

"They go to the farmers market where they sort all of their goods and they get a Litchfield Fair coin. With the coin to go to our general store and they can buy goods with it." Ashby says the Wee Farm is a part of many of Maine's fairs, but each one has their own unique twist; a potato building in northern Maine, and a touch tank with a lobster boat in southern Maine.