Historic gravestones tell the stories of pandemics past

Ron Romano has written about unique gravestones, and what we can learn through some of their engravings. 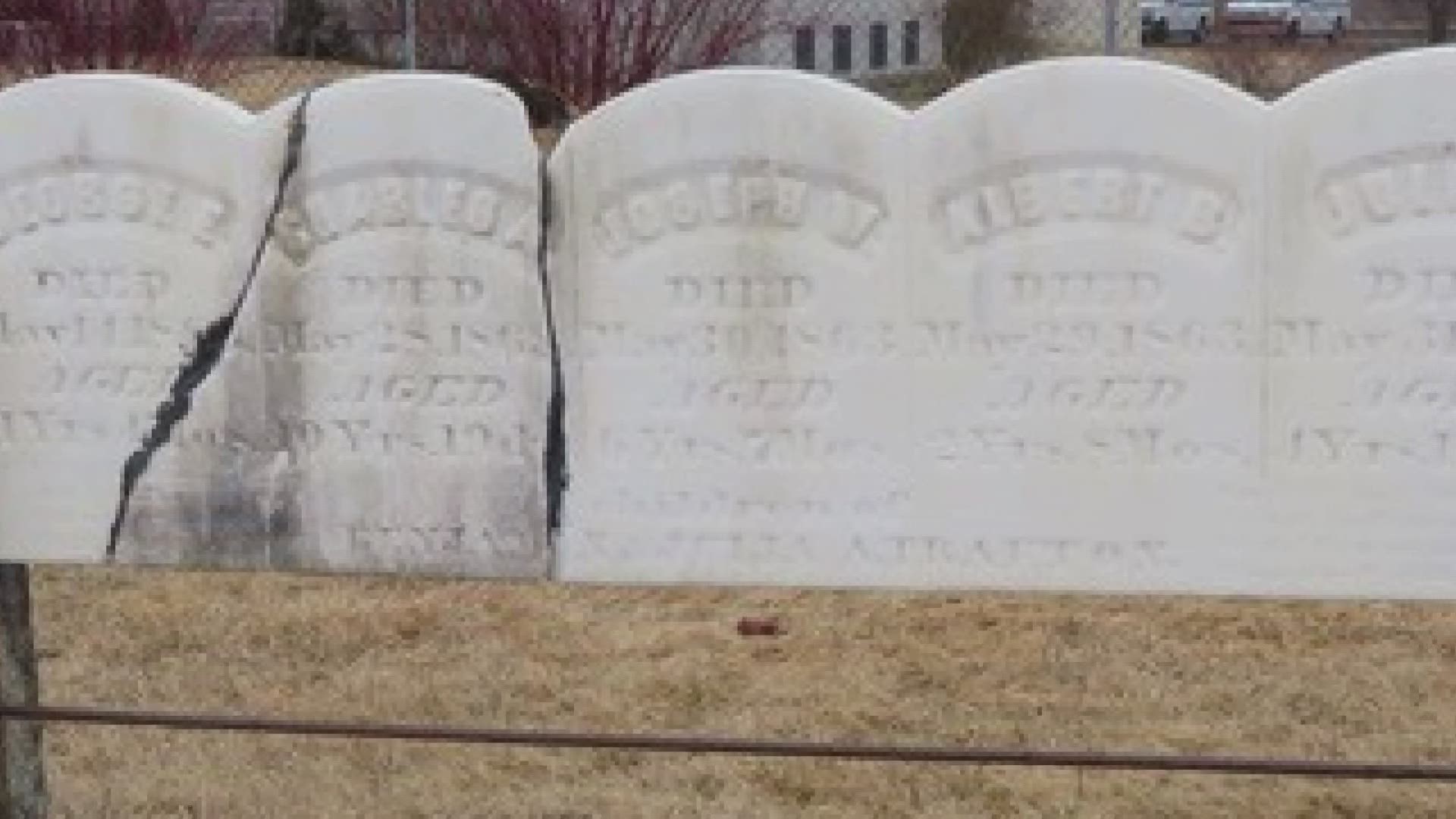 PORTLAND, Maine — If you've ever taken a stroll through a cemetery, likely an old headstone or two has made you take a closer look. Ron Romano has studied a lot of headstones in his lifetime. Before the pandemic, he worked as a tour guide with the "Friends of Portland's Eastern Cemetery," and held lectures on early gravestones. He's also written three books about them.

His most recent book, "Billboard Monuments of Maine," focuses on unique stonework he came across during a year of research; and in part, the stories they tell of former pandemics.

"With so many public spaces closed, people are exploring cemeteries more than ever before, that's where they are going to enjoy nature and get some peace and quiet," says Romano. "The other thing is, these monuments - many of them - were made for memorializing a bunch of kids that all died of the same illness within a short period of time. there's at least a half dozen that fit that mark, and the saddest one - for me - is there's a monument in York which memorializes five children out of six in the family; five children that all died within a two week period of one another. This family was devastated by a disease that just ripped through the family and took all of the kids except one."

"We're seeing today a lot of attention being paid to the same kind of thing, families are being devastated by this pandemic. We go back 150 years and the same thing was happening, and parents were buying these interesting monuments to memorialize the children they had lost," says Romano, who points out that some of these monuments list dates and reasons for death.

Romano hopes his book helps spread an appreciation for a lost art in these stone markers; to order a copy, send him an email at roroman@maine.rr.com.

RELATED: How the discovery of a lost Navy ship rewrote a chapter of Maine history

RELATED: Be a tourist in your own backyard