Helpers on the front lines need our support

When we send first responders on emergency calls, they need the right personal protective equipment. Just as important; equipping them with mental health support. 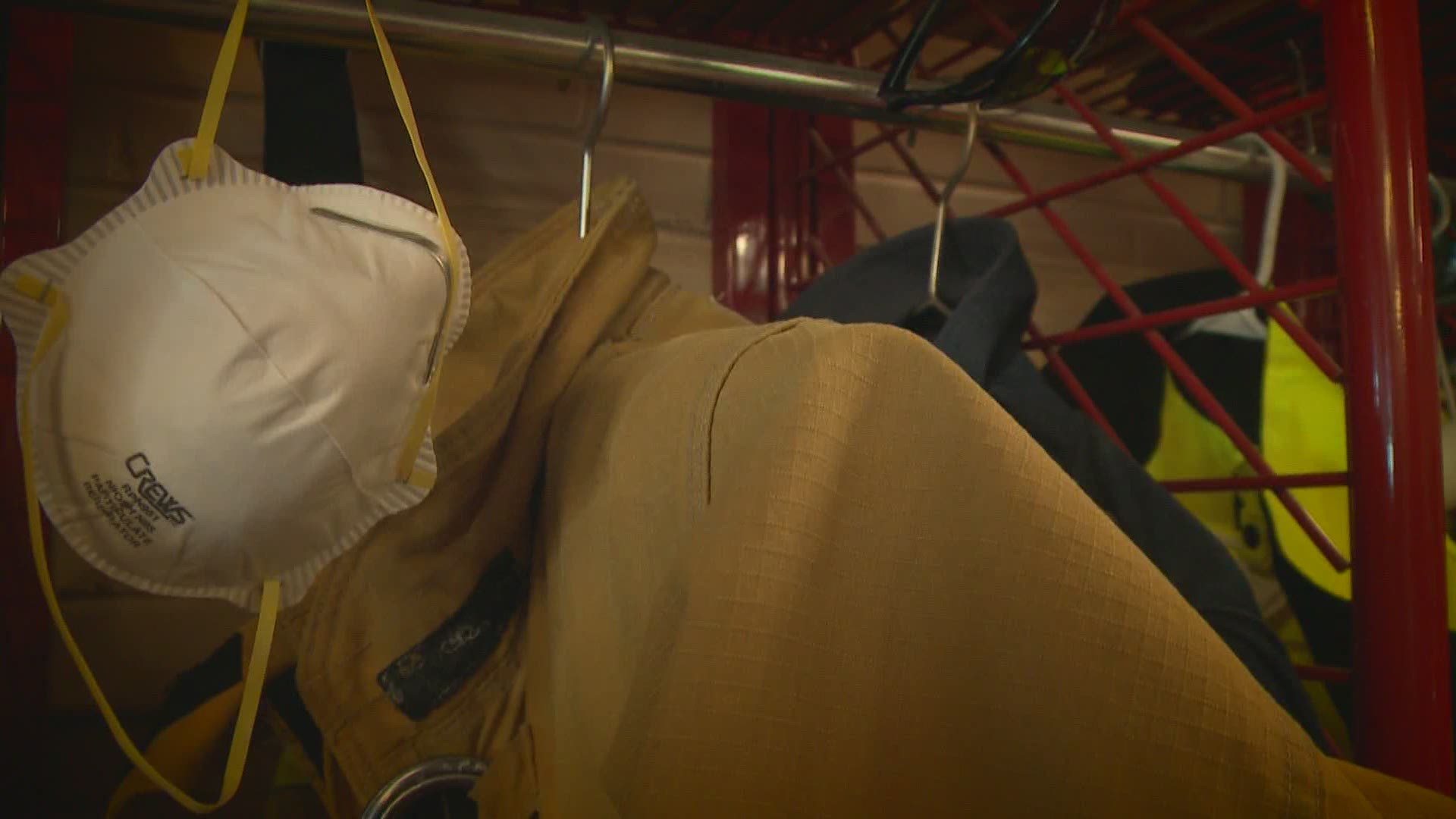 AUGUSTA, Maine — When you call 9-1-1, there's comfort in knowing someone will respond. We rely on the fact that those responders are calm and capable; but sometimes it isn't enough to be brave. "Suicide is the number one killer of firefighters right now," says licensed clinician, Amy Davenport Dakin. "It's not firefighting; it's not fires; it's suicide."

After struggling with anxiety and depression for years, Maine firefighter and paramedic Chris Desjardins says he was prepared to take his own life in 2018. He loved his job and the people he worked with; he loved his wife and two kids; but something was eating away at him. Chris was diagnosed with post traumatic stress disorder. According to a report by the International Association of Firefighters, nearly 20% of firefighters suffer from PTSD. What's to blame for that high statistic?

"Just the day-to-day stuff, whether it was a car accident involving small children or going to a senior home and having multiple deaths like we've seen reported recently; just basically any traumatic event that we see on a day-to-day basis - over time - and it just accumulates," says Michael Crouse, President of the Professional Firefighters of Maine.

"Now we're adding another realm on top of this that yes, the whole world is experiencing, but we're just assuming our first responders signed up for it, that they can take it. We're not designed as human beings to take it without support," says Amy Davenport Dakin. Chris' story is one of many she's heard over the more than ten years she's worked through behavioral health with first responders. A lot of what she does from New Perceptions, Inc. is done on a volunteer basis. Lately - she's has seen a surge in cases of anxiety, depression and overall stress from this pandemic.

"The statement of, 'you signed up for this' is so common, and now in my field we've learned so much about how the brain is not designed to take all the trauma without emptying the cup, so to speak; coping skills; taking care of yourselves; but we need the general public to understand we all need to empty our cup from time to time to do our job. Just because you say you're a firefighter doesn't mean you're resilient to traumatic calls or stress."

Chris Desjardins says there's a lot of stress about the unknown right now. He recently came out of a two week quarantine after being exposed to a patient who later tested positive for COVID-19. "And I took that home to my kids and my wife," he says. "Having young children - especially one that has health issues - it terrified me. And then to be away from my family for 14 days, it added so much stress and anxiety to me that I already had."

"We all sign on board for this job knowing that as firefighters and even as EMTs and paramedics we may not go home at the end of our shift. Not one of us signed up for this job thinking that we might take something home to our family that could cause them to die," says Sanford firefighter and paramedic Kristen Hagan. "So it was hard for those guys. Like Chris, they have children at home, some of them have spouses that don't have fully functioning immune systems, so they had to stay away from them and that was a struggle for them."

Chris has taken major strides in the last two years with his own mental health, and now helps others by sharing his story. Peer counselors are regularly trained through programs offered by the International Association of Firefighters and the Professional Firefighters of Maine, although that training has been put on hold for the pandemic. Right now, there are 38 certified Peer Team Members throughout the state, who can look for warning signs that a co-worker may be struggling. Kristen Hagan is one of them; she knows how to help her fellow first responders decompress after a traumatic call, because - she says - those helpers aren't the ones who ask for help themselves.

"Sometimes it's as simple as sitting there and listening to what someone has to say, because sometimes it's all they need. Other times it's a lot more than that because they're having very serious struggles, whether it's at work or at home or both. We can connect them to professionals like Amy."

Amy Davenport Dakin says she's seen a lot of exhaustion in the last few weeks. "An increase in anger. When people start feeling helpless and out-of-control it starts to trigger some of our anger and I don't mean lashing out anger but anger at the department, anger at each other... A drop in confidence. People are starting to think maybe I can't beat this maybe I can't do my job and protect my family... Just a general feeling of guilt. Again, they are caregivers and this is just such a helpless place to be in."

Building a support system has taken years of breaking down stigmas surrounding mental health, especially in a profession with such a hard exterior. Now helpers on the front lines need support, including more money for mental health support.

"Congress passed the expansion on the Family Medical Leave Act that gave workers access to time off to take care of a loved one, or childcare; unfortunately for healthcare workers and first responders were exempt from that, and that just sends a bad message to the men and women that are on the front lines doing the work every day," says Crouse.

Support is available to all firefighters and EMTs in Maine, whether they are part of the Professional Firefighters of Maine union, or volunteers. The PFFM and New Perceptions, Inc. have launched a new peer online recovery meeting program for its members; every Thursday night at 6. Reach out to the PFFM if you'd like a link to join.