From Massachusetts to television screens all over America, Jay Leno

His name is synonymous with late night television. In "retirement" Jay Leno does more than 200 comedy shows a year, along with filming "Jay Leno's Garage." 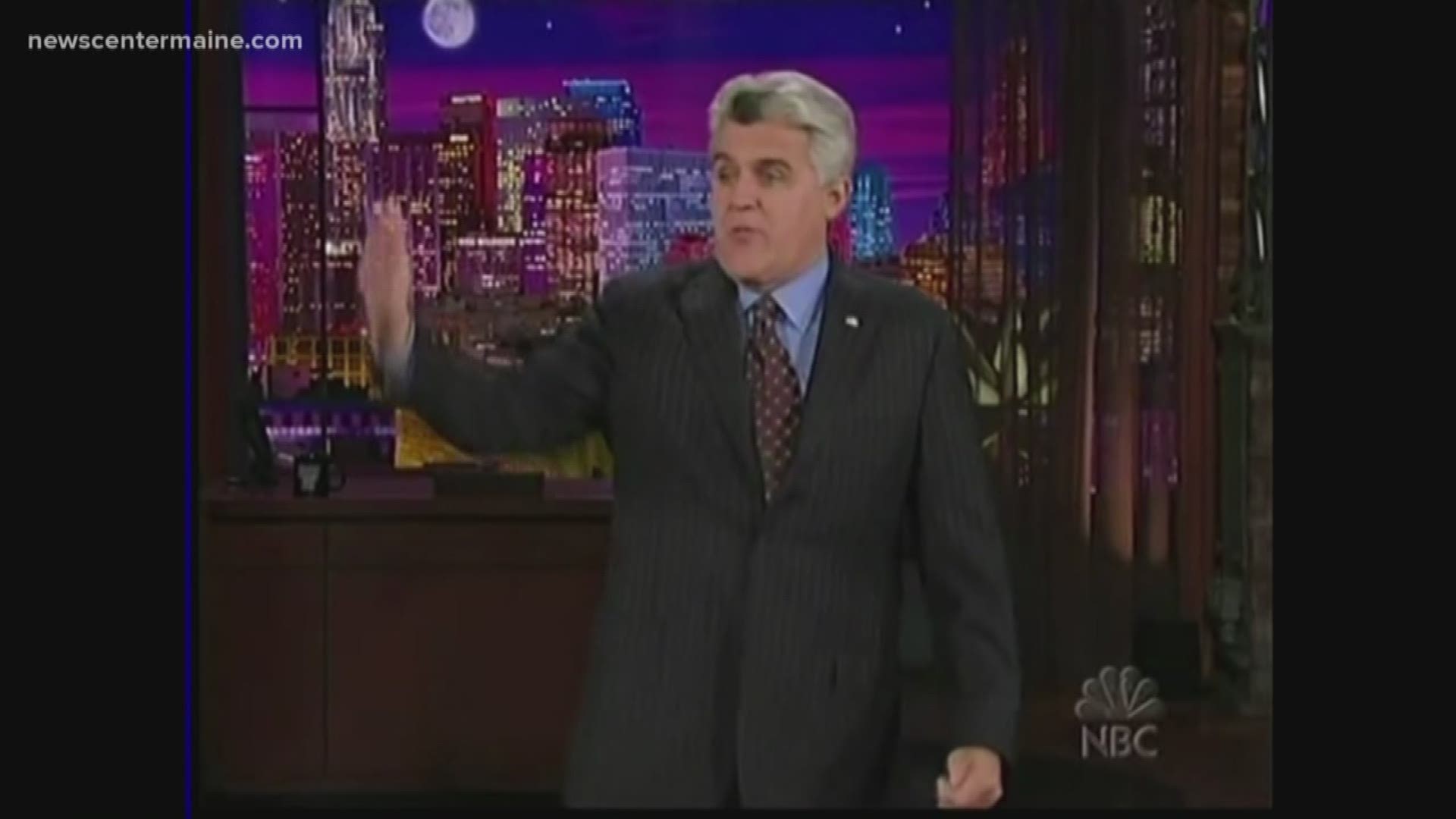 PORTLAND, Maine — Jay Leno kicked off his career as a substitute for Johnny Carson before moving into his own late night spot. Now, Jay Leno does what *he wants to do... hanging out with people who love cars as much as he does on his NBC show, "Jay Leno's Garage," and touring the country doing more than 200 stand-up shows a year.

We sat down with Leno ahead of a show in Portland at Merrill Auditorium. We talked about his extensive career; the highs and lows; and life growing up in Massachusetts, where his appreciation for cars began.

Even with more than 180 cars and 160 motorcycles in his own collection, he loves meeting new people and learning about their collections; hearing the stories behind each vehicle.

Part three: Who would Leno want to interview, if he could?

RELATED: Sleeping with the dogs... Amanda Hill and Lee Goldberg in kennels for a cause

RELATED: For those crisp nights, a warm beverage

RELATED: Triumphs and failures of a national security adviser